Introduction to the Problems and Rules of Transplantation 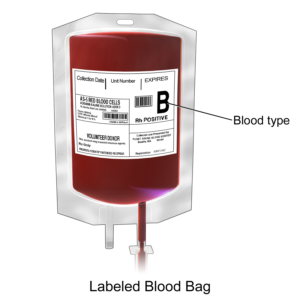 00:01 Because a foreign graft or tissue is recognized as being non-self by the immune system, immunology has a very important role to play in the science of transplantation. 00:14 So transplantation is the transfer of cells, tissue or an organ between different parts of the body or between different individuals. 00:23 Let’s look at some of the problems and solutions that confront transplantation. 00:29 With a solid organ transplant, unless the transplant comes from an identical twin, there will be immunological rejection. With a bone marrow transplant or other type of hematopoietic stem cell transplantation, not only is there the risk of the recipient rejecting the graft. But because immunological cells are being given, there is a risk of the graft reacting against the recipient. In other words, graft-versus-host. 01:00 Tissue typing technology will allow the matching of the donor and the recipient with a reduced risk of rejection and of graft-versus-host reactions. 01:16 Immunosuppressive drugs can dampen down the recipient’s immune response against the foreign graft. 01:26 One of the major problems in transplantation is availability. 01:30 There are many more people require transplants than available organs. 01:35 So ways of developing increased availability are very important. 01:41 One way which is being explored is the use of a xenotransplant. 01:46 For example, a pig heart into a human recipient. 01:53 Let’s have a look at the four different types of way in which transplants can be classified. 02:01 An autograft is a graft from one part of the body to another part of the body in the same individual. 02:08 For example, a skin graft or a saphenous vein graft to replace a coronary artery. 02:17 An isograft is between genetically identical, in other words monozygotic twins. 02:25 An allograft is the most common type of transplant, where the graft is between different members of the same species. 02:36 A xenograft is between members of different species. 02:39 As I’ve already mentioned, pig heart valves for example, into human. 02:44 There are certain rules that govern whether or not a transplant will be accepted. 02:50 These were initially developed using inbred strains of mice. 02:56 We can see here two genetically identical strain A mice. 03:02 You can transfer skin from one strain A mouse to another strain A mouse. 03:06 And because they are genetically identical, the skin graft will be accepted. 03:11 There will be no immunological rejection. 03:16 However, if you take skin from a B strain mouse and transfer it onto an A strain mouse, or from an A strain mouse and transfer it onto a B strain mouse, then there will be foreign antigens on the graft that will be recognized by the recipient mouse. 03:34 There will be an immunological reaction, and the skin graft will be rejected. 03:40 Looking at the F1 hybrid of an A x B strain mouse, you can see that A skin would be accepted on the F1 hybrid. 03:54 And B skin would also be accepted on the F1 hybrid. 03:59 But if you took skin from the hybrid mouse, the AB mouse, that would be rejected if transferred either onto an A strain mouse or a B strain mouse. 04:10 Because half the antigens in the F1 hybrid will be foreign to the recipient. 04:17 These kinds of experiments in inbred strains of mice led the foundations of transplantation as we know it today.

The lecture Introduction to the Problems and Rules of Transplantation by Peter Delves, PhD is from the course Transplantation Immunology. It contains the following chapters:

Which of the following terms refers to the transplantation of cells, tissues, or organs to a recipient from a genetically non-identical donor of the same species?

According to the example in the lecture about A and B strain mice, which of the following skin donations between different strains of mice is appropriate?

Author of lecture Introduction to the Problems and Rules of Transplantation

(1) 5,0 of 5 stars
Excellent
By Mai A. on 23. February 2018 for Introduction to the Problems and Rules of Transplantation

(1) 5,0 of 5 stars
Excellent
By Mai A. on 23. February 2018 for Introduction to the Problems and Rules of Transplantation