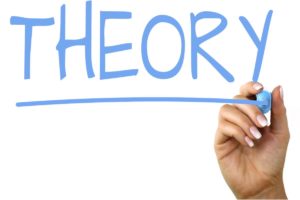 00:00 The Symbolic Interactionism Theory looks at how specific symbology or symbols that we used shape our social structure. 00:13 So it is developed by Charles Horton Cooley and George Mead. 00:17 And this two say that, “it examines the relationship between individuals and society by focusing on communication as opposed to say conflict or interconnectivity.” So the exchange of information through language and symbols will dictate some of these micro interactions. 00:34 So it’s a good way in explaining our microsocial behaviors. 00:39 How you dress, it could be things like how you shake hands, how you greet. 00:45 Interested in the symbols people used to contribute values, beliefs to others. 00:49 If you go and you’re interacting with somebody and you’re dressed in a certain way, that reflects a lot of times the stands that you have. 00:58 Perhaps, you could be something like wearing a business suit versus wearing pajamas, versus wearing a tank top. 01:05 It analyses society by addressing subjective means as well. 01:09 So it could be things like objects, right? If I walk around wearing a crown, and a cape, and a stick and I’m walking down the street, I’m interacting with the society and I’m portraying myself to individuals that I’m going to interact within a certain way and a certain persona. 01:24 So a lot to do also with sort of outfits and uniforms. 01:29 Events can be another factor, behaviors. These are all things that will influence that interaction on a microsocial level. 01:38 Now, Symbolic Interactionism holds the principle of meaning to be that the central aspect of human behavior is how we interact based with these symbols. 01:47 So we ascribe meaning to things and act towards those objects with that meaning. 01:52 So an example that I have here is an images of your cellphone. 01:55 We almost now ascribe meaning to our cellphone or have a relationship with our phones. 01:59 This is an inanimate object but it can be a symbol. 02:02 And we ascribe as our level of status even with the certain type of phone that you have. 02:07 And you start acting accordingly to that phone. 02:10 Language also allows you to generate meaning through social interaction. 02:13 That dialect that the way you speak, that can also have a status or a symbol. 02:19 We also have humans modify meanings through their interpretive thought process. 02:24 How is that you think? I never thought of it that way. And the symbology of actually literally using symbols to reflect your way of thinking. 02:34 That interaction with others and how they detect that symbology is really important than this model. 02:42 Social Constructionism. 02:44 This one is looking at we individuals shape their reality through their social interactions on a day to day basis. The interaction that you have will shape your reality. 02:55 So it’s constructed by these interactions through a dynamic process meaning it’s an ongoing thing. 03:00 So, unlike other models where you really don’t have a dynamic process as something as fairly static or the change happens solely overtime. 03:11 This is a model that’s saying, “No every day the interaction that you have will construct this process”. 03:16 Social construct is a concept or a practice that is a construct of a group. 03:20 So we actually have designs some of this concepts. 03:24 And they’re fairly arbitrary, they’re societal conceptions that we’ve made that really have no real truths in nature. 03:31 So for example, money. That’s an arbitrary thing. 03:34 A piece of paper has no real value but we’ve ascribe the value. 03:37 It’ a social construct, the construct of marriage same thing. 03:41 That’s something that we’ve ascribe n our society to be very valuable. 03:44 And as such it shapes that society around it. 03:49 So not necessarily true nature but involves both subjective and objective reality. 03:54 And it focuses on the social process rather than the biological process.

Who was responsible for the symbolic interaction theory?

What group does symbolic interactionism belong to?

Which theory states that an individual's reality is shaped by their interactions with others?