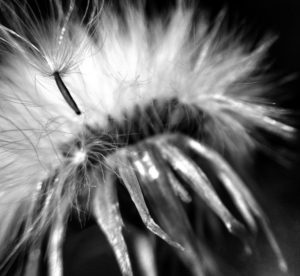 Suicide Risk Assessment
Patients with chronic medical conditions, those with psychiatric disorders such as a major depressive disorder, and veterans and those with psychotic disorders are at an increased risk of suicidal ideation, attempt, or death. The assessment of suicide risk in the patient is very important as it can help in preventing a serious suicide attempt that might cause death; therefore, the main purpose of suicidal risk assessment tools is to direct and guide specific suicide prevention interventions.
read more
Load more
Share
Ask Questions
Take Notes
Download Slides
Report Mistake
Comments
show all Show less
My Notes
show all Show less
Learning Material 2
show all Show less
Report mistake
Transcript
0 of 0

00:01 Hi. We’re gonna be talking about the approach to the suicidal patient. 00:05 So suicide was the fourth leading cause of death in the United States in 2011. 00:13 And each year there’s one million suicide attempts which results in approximately 41.000 deaths and it’s important to know that rates are on the rise. 00:23 Now, women attempt suicide three to four times as frequently as men, but men are three to four times more successful in dying from suicide. 00:34 And the reason for that is because of the mechanisms and the methods in which men use versus the methods that women use to attempt suicide. 00:44 Now, who has the highest rates of suicide? Who should we be most worried about? So elderly white male patients have a highest rate of suicide. 00:52 Patients who have access to firearms, LGBTQ patients, so lesbian gay bisexual transgender patients, the military personnel, patients who live in rural areas, and then also, healthcare workers and veterinary workers presumably due to access to medications or knowledge of rates to commit suicide and also due to increasing stressors related to the jobs. 01:20 So when patients come to the Emergency Department for suicidal ideation, one of the key things we need to do is figure out how much risk could they actually have to hurt themselves or commit suicide. 01:32 Now, the things that we think about and ask about would be prior incident of self-harm. 01:36 So has the patient tried to hurt themselves before and if so, what mechanisms did they use? Do they have a history of mental illness? Something important to remember is that shortly after starting anti-depressant medications, patients may have an increased risk of suicidality. 01:53 The thinking behind that is because patients who are very depressed don’t have a lot of energy generally. 02:01 They don’t have energy to get out of bed, to do things, and shortly after they start the antidepressants, they may still actually be very depressed but they have more energy, so the medications kind of give them that additional energy burst. 02:16 Risk is also greatest shortly after discharge from the psychiatric hospital. 02:21 So trying to figure out if someone has recently been discharged from a psychiatric facility can be helpful. 02:27 Alcohol and substance use, alcohol and substance abuse and psychiatric illnesses oftentimes do go hand in hand. 02:35 And we know that a lot of patients who present with depression and with suicidal ideation also abuse some kind of substances. 02:42 So there’s lots of risk factors. 02:45 These patients may have a history of mental and medical illness, they may also have unemployment related to their substance use. 02:52 Patients who are adolescents are patients who are at increased risk. 02:57 Older patients especially elderly white males, patients with chronic medical illness, patients who have very severe, serious medical illnesses, they’re on a lot of medications, they may get very depressed and despondent about that. 03:14 They may have suicidal thoughts or suicidal ideation. 03:17 And then lastly, life stressors. 03:20 Almost every patient who comes to the Emergency Department with suicidal ideation has some element of life stressors, homelessness, financial stressors, socio economic stressors. 03:31 Do patients have a place to live? Do they have money to afford groceries? Do they have stress amongst their family, amongst their friends? What else is going on in the persons’ life?

The lecture Suicidal Patients (Emergency Medicine) by Sharon Bord, MD is from the course Neurologic and Psychiatric Emergencies.

Which statement is FALSE?