A Review of Glycolysis 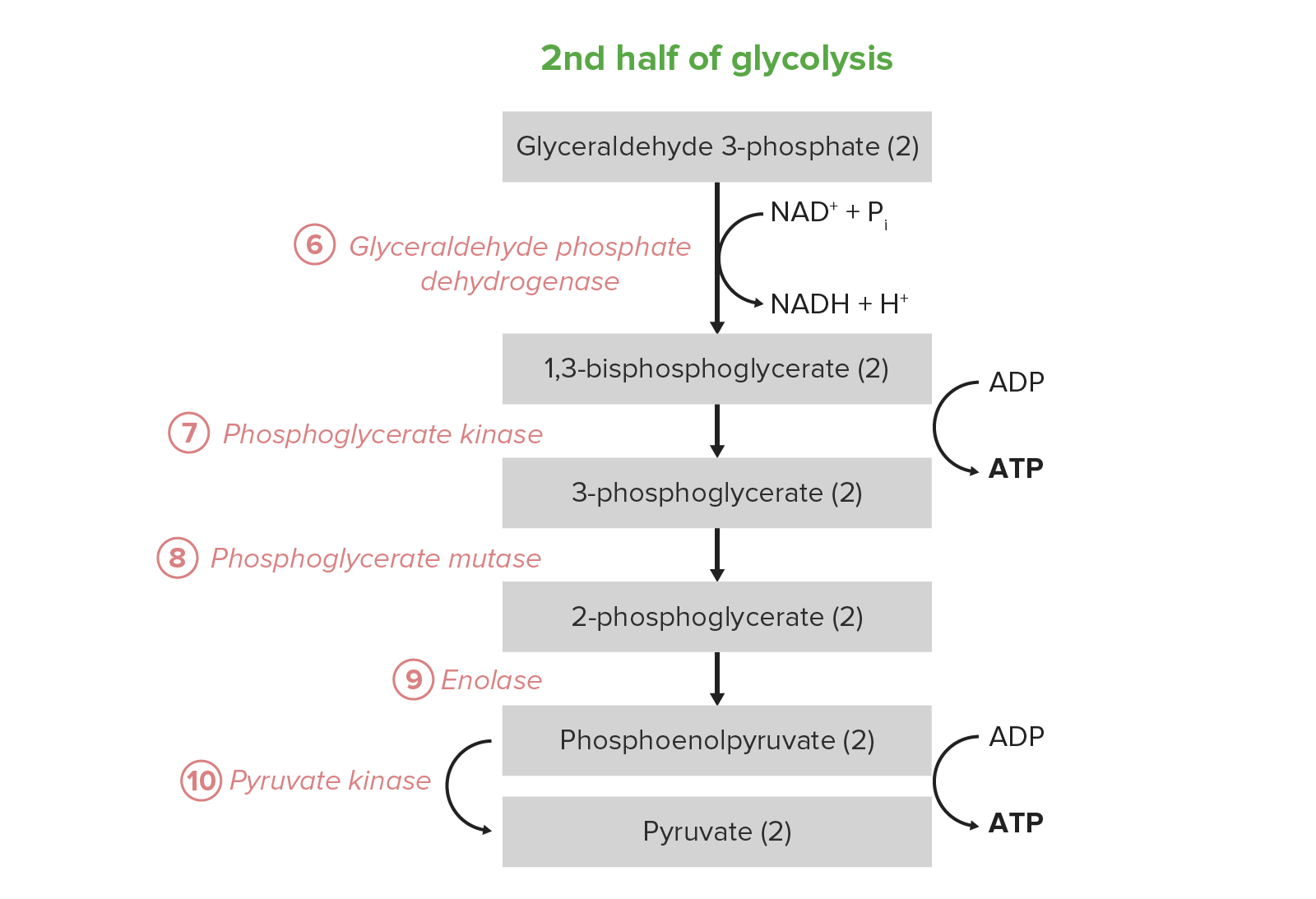 00:00 So in summary we've looked at the first two phases of cellular respiration. The first of which was glycolysis. 00:08 And we learned that it's important to do the accounting. We're tracking our original 6 carbons that we had in the glucose molecule. And so by the end of glycolysis, we have split it into two 3 carbon pyruvates. 00:22 In addition, we yielded a couple of ATP. We invested 2. We got 4 out. We have 2 nett ATP. 00:31 And we put some of the energy from our original 6 carbons when we split them into the NAD electron carriers. So we are taking those guys to the main event and we are going to see what happens to them later. In pyruvate oxidation, the second phase, we're really trying to accomplish recycling of electron carriers. 00:55 So we are taking our 2 pyruvates and we will cut off 1 carbon dioxide from each of them and so we yield 2 carbon dioxides as well as being left with 2 carbon molecules. 2 of them that are called Acetyl-CoA. 01:14 And we have loaded up a couple more electron cars so that we can take the kids off to the dance. 01:22 Now, notice here in pyruvate oxidation there is no ATP produced. So it's the only phase in which we'll have zero physical ATP produced. But we do have all this electron energy being carried off to the main event where we're going to see the oxidative phosphorylation. So in this lecture, we have learned about glycolysis as well as pyruvate oxidation. So you should be able to describe both of those processes. 01:53 As well as calculate the energy yields or the major players, those three molecules, you should know what happens in each phase with those. In addition you should be able to distinguish between aerobic and anaerobic respiration. And describe the purpose of pyruvate oxidation. 02:14 Thank you so much for listening. I look forward to covering the next two phases with you in the next lecture.

The lecture A Review of Glycolysis by Georgina Cornwall, PhD is from the course Energy, Enzymes and Metabolism.

What is the net amount of each product generated by glycolysis?

Author of lecture A Review of Glycolysis