Seizures
A seizure is abnormal electrical activity of the neurons in the cerebral cortex that can manifest in numerous ways depending on the region of the brain affected. Seizures consist of a sudden imbalance that occurs between the excitatory and inhibitory signals in cortical neurons, creating a net excitation. The 2 major classes of seizures are focal and generalized. Diagnosis is clinical, relying on history and physical exam, but also may use EEG and other tools. Management includes both abortive and preventive medications but may not be required in self-limited cases with no etiology found during workup.
read more 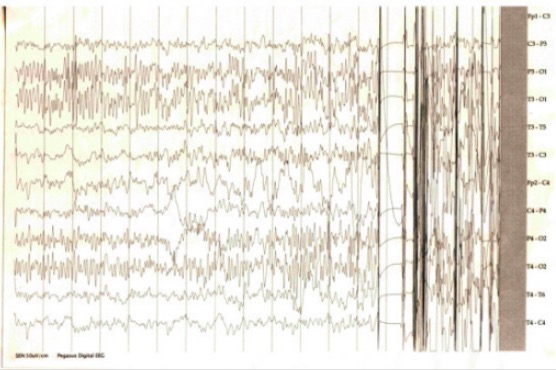 Seizures in Children
Seizures occur when uncontrolled excessive synchronous neuronal activity in the brain causes sudden transient changes in motor function, sensation, behavior, or mental status. Seizures are classified primarily as generalized or focal and may occur once or be recurrent (epilepsy). Prolonged or recurrent seizures lasting > 30 minutes are called status epilepticus. Diagnosis depends on thorough history, physical exam, and EEG findings. Treatment is directed at the underlying trigger, and medications are administered as necessary. Most children that seize recover without any sequelae, but prognosis depends on the initial cause and the presence of underlying neurologic pathology.
read more
Load more
Share
Ask Questions
Take Notes
Download Slides
Report Mistake
Comments
show all Show less
My Notes
show all Show less
Learning Material 2
show all Show less
Report mistake
Transcript
0 of 0

00:01 Let’s talk about seizure types. 00:04 We’ll begin with the focal and we have simple partial seizure. 00:08 What does that mean? A focal seizure – Focal, I keep repeating that because that’s what you want to take out of this. 00:14 -- in which awareness and consciousness is not impaired. 00:19 Not impaired. 00:21 The operative word? Impairment? Typically, represent positive neurologic symptoms, what does that mean? Clonic activity, tingling, maybe hallucinations. 00:32 But impairment of consciousness does not occur. 00:37 This is focal. 00:40 Simple. 00:42 Versus you could have a partial or complex partial or complex focal. 00:49 A lot of words here. 00:51 Otherwise, you have an attending speaking to you or you’re reading a clinical vignette and you’re going to get lost. 00:58 And you’re not quite sure as to what to focus upon. 01:00 I’m telling you what to focus on. 01:02 Complex partial is complex focal. 01:06 Now, this is a focal seizure in which consciousness is impaired versus what? Why did I pause there for a second? Because consciousness is not lost. 01:19 So now, what you want to do is understand that impairment does not equal loss. 01:26 So here, you do have impairment of consciousness. 01:29 But you do not have loss of consciousness. 01:33 What are we talking about? Focal complex. 01:37 So you can see now, if you’ve never done epilepsy or seizure, then it could get a little confusing right now. 01:44 And hopefully, through you’re medical education, you’ve had a decent introduction, and now I’m telling you what to focus on. 01:52 Let’s talk about automatisms. 01:53 So now, this becomes interesting. 01:55 So automatisms include stereotyped motor activity without clear purpose, such as lip smacking, chewing, picking. 02:07 Automatisms. 02:09 Or bicycling. 02:11 Literally, your patient while undergoing complex partial seizures looks as though they’re bicycling. 02:19 Automatisms. 02:21 What’s your focus right now? Focal seizures. 02:25 How much of the brain? One portion of the brain. 02:28 We have simple complex. 02:32 What have we not talked about yet or what types have we not talked about? we’re going to move on to generalized now and the different types of generalized seizures. 02:43 Here, we have generalized tonic-clonic. 02:46 It used to be called grand mal in French, right? Big and bad. 02:52 So the tonic-clonic seizure often abbreviated as such begins with tonic extension of all four extremities, followed by clonic jerking. 03:03 Right? Oh, it looks bad. 03:05 Could it be anymore dramatic? Tongue biting. 03:09 Be careful. 03:10 So now, we’re getting into issues that are really dangerous. 03:13 Tongue-biting, even to the point where there’s bleeding and to the point where this patient, this patient, is bleeding and might be suffocating on his or her blood. 03:24 It is actually quite scary to look at, but you maintain composure as a doctor and know as to what’s going on because you want to practice ABC on your patient. 03:32 Airway, breathing, circulation. 03:34 Urinary incontinence are common. 03:37 Postictal lethargy and confusion, also very common, so after the episode of ictal. 03:43 We have confusion, that’s often part of this syndrome. 03:47 So if this is generalized, how much of the brain, please? The entire brain. 03:51 What’s another name for this? Grand mal. 03:55 Let me get into absence. 03:57 At the beginning of this section, I did an interesting act, didn’t I? Where I was just staring off into space. 04:05 So what was I demonstrating? Good. 04:07 Absence seizure. 04:09 This is a generalized seizure. 04:11 What does that mean to you? The entire brain – Is it coming together for you? By unresponsiveness, staring, lasting several seconds. 04:21 I probably do that in a regular basis, but what I was trying to demonstrate in the beginning of our topic of seizures, was an absence seizure. 04:31 Followed by immediate recovery. 04:34 Typically, who’s your patient? Child. 04:37 Okay? Now, obviously, I’m not a child. 04:40 But the staring aspect of it should give that away for you. 04:45 May have hundreds per day. 04:49 That’s scary, isn’t it? The International League Against Epilepsy has revised its classification of seizures. 04:55 The new basic seizure classification is based on 3 key features: where seizures begin in the brain, level of awareness during a seizure, and other characteristics of seizures. The onset can be focal, generalized, unknown, or focal to bilateral. Focal seizures can be be "aware", "impaired awareness", or "awareness unknown" according to the degree of impairment, while generalized seizures are all assumed to impair awareness and thus are not classified accordingly. Additionally, all seizures are classified as having a "motor" component or being "non-motor".

The lecture Seizures: Types by Carlo Raj, MD is from the course Seizures.

Which statement regarding seizures is TRUE?

This is a very good lecture for everyone, not just people studying medicine.

This is a very good lecture for everyone, not just people studying medicine.