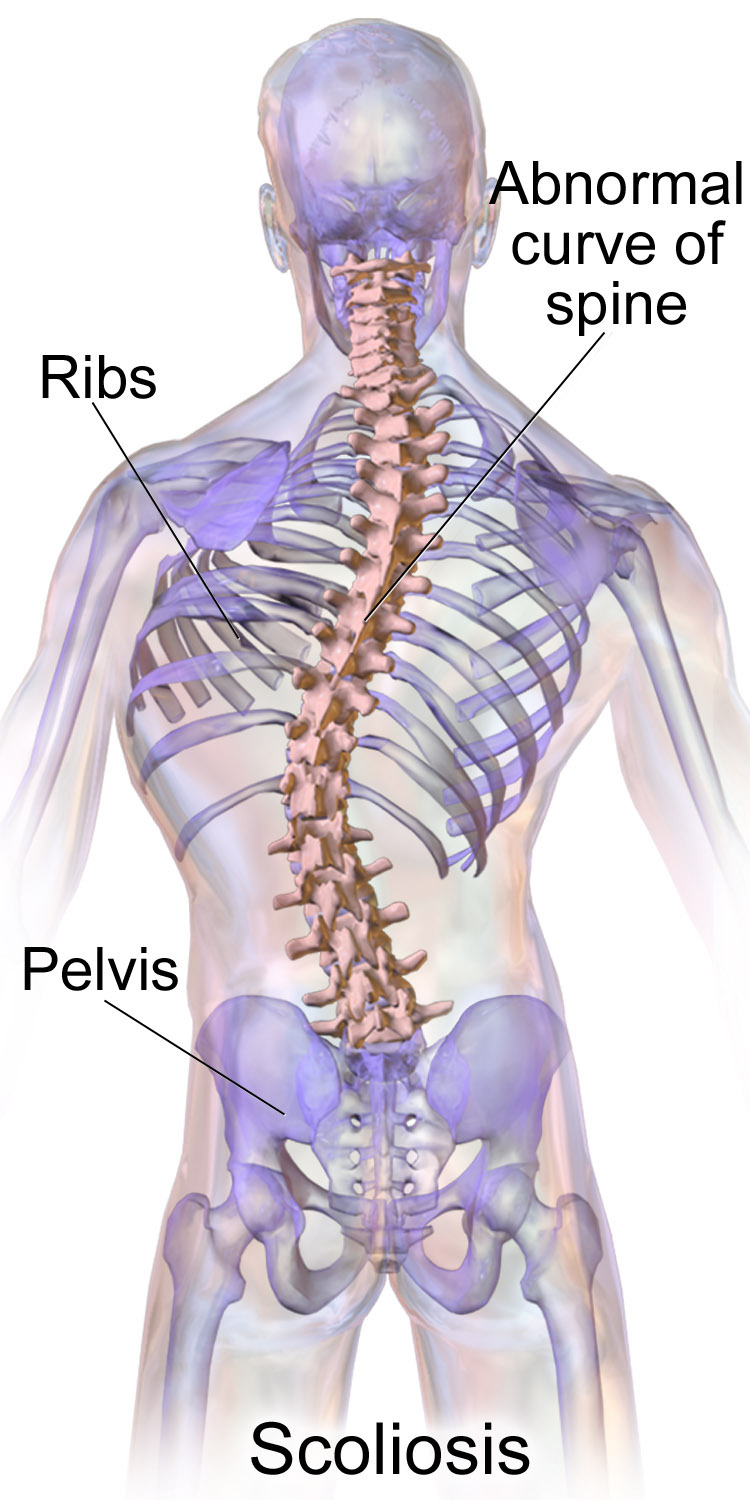 Scoliosis
Scoliosis is a structural alteration of the vertebral column characterized by a lateral spinal curvature of greater than 10 degrees in the coronal plane. Scoliosis can be classified as idiopathic (in most cases) or secondary to underlying conditions. Other classifications are according to etiology, location, and severity. Patients present with spinal asymmetry and often have associated pain. Diagnosis is initially clinical and is confirmed later by X-ray. Management can be conservative or surgical, depending on the severity.
read more
Load more
Share
Ask Questions
Take Notes
Download Slides
Report Mistake
Comments
show all Show less
My Notes
show all Show less
Learning Material 2
show all Show less
Report mistake
Transcript
0 of 0

00:01 We're gonna talk about scoliosis. 00:03 It's an important topic, you're gonna see it commonly, you're gonna talk about it a lot. 00:07 So let's talk about it because scoliosis is a structural alteration of the spine. 00:12 It's a curvature of the spine and it can happen without a cause or we can know that it's due to other underlying causes. 00:21 Let's start by saying, we're gonna define a curve by the lateral curvature in the coronal plane. 00:28 And we're gonna define it by the curvature, not by the rotation, even though you'll have both of them existing side by side. 00:37 So a lot of times people will call it rotoscoliosis because you have a side bending and rotation but we're worried mostly about the apparent finding which is the side bending rotation. 00:49 So when you have a curve of the spine that's greater than 10 degrees, we call it scoliosis. 00:56 If it's less than 10 degrees, we just call it a spinal curvature or an asymmetry that may go away with use, with function and may not be something to worry about on a regular basis as far as treatment and the long term history is a lot different if it doesn't progress past 10 degrees. 01:15 Scoliosis is gonna be named for the side of the concavity. 01:20 So if it pushes out on the right side, we're gonna call it a dextroscoliosis. 01:25 If it pushes out on the left, we call it a levoscoliosis. 01:29 And it's important to know that a scoliosis is gonna start from one vertebrae and the top of the range is where you want to focus and pay attention. 01:40 Because that's where we have the most deviation and the most rotation from the midline. 01:45 And that's when you have to monitor to see what's gonna happen in the future. 01:49 In the sagittal planes, we call the curves kyphotic or lordotic, just to know a way of naming it. 01:56 And while you can have three planes involved, we tend to focus on just the two planes that are most common and typically just the one plane as towards the left or right sided side bending of the spine. 02:10 You can have significant deformity that gets worse during a growth phase. 02:16 So we worry about scoliosis severely worsening when a child starts to grow through puberty. 02:21 For a girl, 10 to 12, for a boy, about 13 years of age. 02:25 That's when you're gonna see a worsening and identifying scoliosis before them is something we strive to do. 02:32 The range of people who have scoliosis is estimated at half a percent to five percent. 02:38 And most of this darts and starts to get bad between 10 and 15 years of age, when kids start to grow. 02:47 That's also why we start screening programs at this age in elementary schools. 02:51 In that way we can identify scoliosis and even though scoliosis is initially considered asymptomatic, there are gonna be vague symptoms. 03:01 Often times our outpatients come to the office saying they've got sharp, burning pain. 03:06 It hurts and then it goes away. 03:08 And those are the kids I typically find scoliosis in They're not long standing symptoms, they're not decreased in the ability to function. 03:16 There aren't things they can't do. 03:18 They just have some mild symptoms saying something is not a hundred percent. 03:23 So, schools have instituted scoliosis screening programs in order to identify students who are gonna have it. 03:30 And then they send them to the doctor if they have questions or feel there's a need for further evaluation. 03:36 What they do is called the forward bending test or the Adams forward bending test. 03:42 We basically stand in front of the patient or the student, have them bend forward and see if there's a hump that develops or that looks symmetrical bilaterally. 03:52 If it looks symmetrical bilaterally, even if there appear to be a 5-10 degree curve beforehand, we tend to ignore that as something that people may outgrow and doesn't require any further treatment. 04:05 If you do see a hump develop, that's the sign that the student or the child has or is at risk for a worsening of a scoliosis, of a curvature. 04:17 So, let's say it's about a half of a percent that we know we're gonna have curvature related clinical abnormality. 04:24 Something that is notable on x-ray, can be monitored, can be measured. 04:29 In girls, it's more likely to progress earlier because they are going to grow earlier. 04:34 And during periods of rapid growth, the curvature change is gonna be greater.

The lecture Scoliosis by Tyler Cymet, DO, FACOFP is from the course Osteopathic Treatment and Clinical Application by Region.

A 16-year-old boy presents to the clinic with noted scoliosis and the apex of the curve is toward the patient's left side. Which of the following is the common way to describe this diagnosis?

Which of the following special tests is used as a screening test for functional or structural scoliosis?