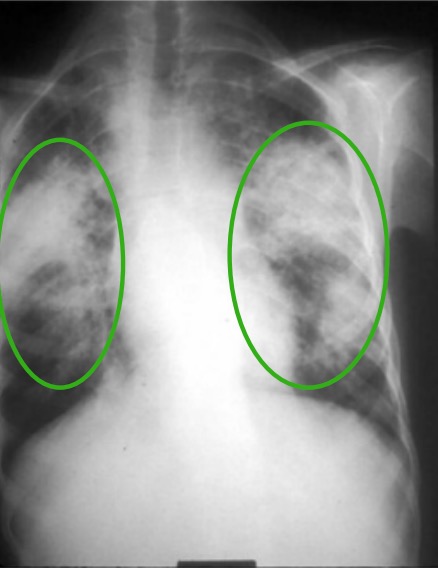 00:00 Sarcoidosis is an infiltrative inflammatory disorder of unknown etiology. Remember something that sarcoid means that it's like sarcoma and sarcoma of course is a soft tissue cancer. In this case, it's not cancer, but it is infiltrating other organ systems in the same way that a sarcoma would. It's been postulated that sarcoidosis may be caused by a variety of environmental exposures or infectious agents that may just precipitate a pathologic immune reaction that manifests as non-specific, non-caseating granulomatous reactions in the lung and a variety of other organ systems. So, it can infiltrate of course the lungs as we've discussed, you may have obstructive disease, you may have hypercalcemia. It can involve the skin, we've talked about erythema nodosum and lupus pernio which would have these non-specific granulomatous reactions. Anterior uveitis, we talked about where you may find a hypopyon or ciliary flush with anterior uveitis. The liver can have an elevated alkaline phosphatase with cholestasis and portal hypertension. Neurologic exam, one of the common manifestations for sarcoidosis is when sarcoid granulomas infiltrate the parotid gland and cause problems with the facial nerve and you can get a Bell's palsy. 01:15 Musculoskeletal wise, you can have arthritis of the lower extremities and lastly cardiac involvement which can cause cardiac, heart failure, or may just cause arrhythmias. I mentioned Lofgren syndrome before. This is a subtype of sarcoidosis that actually has a more favorable prognosis. Such patients present fairly acutely over the span of a few weeks to a no more than a few months with erythema nodosum, hilar lymphadenopathy, arthritis, and uveitis. And it's a good sign if somebody presents with that. It means that they're more likely to have an uncomplicated course that may actually resolve spontaneously. Our patient has a lot of those features, so this is a good thing for her. Now with so many different organ systems affected, there are many different approaches to diagnosis with very few perfectly specific findings. As such, sarcoidosis is really a clinical diagnosis in which one looks for supporting features. Of course, a biopsy of the lung, the skin, the liver are highly supportive if they yield non-caseating granulomas but nothing is a slam dunk when trying to make this diagnosis. Okay, now our patient wants to know how we're going to manage her condition. Let's start off with some general principles. For most patients who have early disease, you could manage a lot of the symptoms with topical steroids. Maybe topical steroid eye drops, some creams, steroid inhalers, that sort of thing. Next up, for more aggressive symptoms, you can use systemic steroids especially for aggressive pulmonary symptoms. Ultimately, you may have to resort to non-biologic disease modifying anti-rheumatic drugs like methotrexate for example or leflunomide and worst case scenario with aggressive disease you may need to add on some of the biologics like the TNF inhibitors infliximab or adalimumab amongst others. 03:03 Now, our patient in particular, we could probably get away with just using topical therapies for now with one caveat. When she goes to that ophthalmology appointment next week, if they find any indication of anterior uveitis, we would need to be more aggressive and should be started immediately on systemic glucocorticoids. Importantly, a reassuring thing that we can tell her is that 80% of patients improve or resolve with minimal treatment especially those who look like they have that constellation of symptoms called Lofgren syndrome. Okay, let's highlight a few key points. Sarcoidosis is a chronic, progressive, multi-system inflammatory infiltrative disease of still unknown etiology. The lung is the most likely organ to be involved; however, you may see involvement of the eyes, the skin, the liver, the heart, joints, and the central nervous system and peripheral nervous system. It's characterized on biopsy by non-specific, non-caseating granulomas, the ACE level, again you'll see it on the boards but is not a particularly useful predictor. Lofgren syndrome is a more favorable prognosis, a subtype of sarcoidosis and you're going to use topical steroids. Next up would be oral steroids and then you're talking about the disease-modifying antirheumatic drugs.

The lecture Sarcoidosis: Complications and Management by Stephen Holt, MD, MS is from the course Miscellaneous Joint-related Disorders.

Which of the following cranial nerves is most commonly affected in sarcoidosis?

Which of the following is NOT a typical feature of Lofgren syndrome?