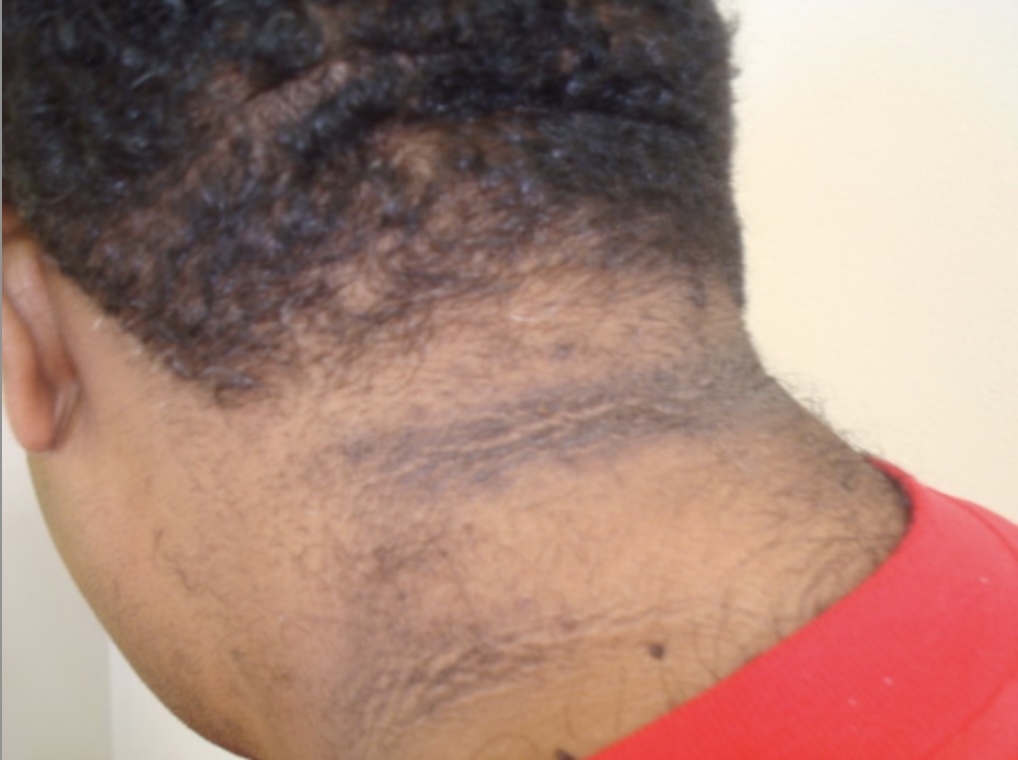 00:01 Here we have Diabetic Retinopathy. 00:03 So with diabetes remember you wanna divide your eye pathology into two parts. 00:07 In a diabetic there is every possibility that your patient, a 67-70 years of age with Type II diabetes, over a long period of time, may then present to you with cataracts. 00:20 But the cataract will be obviously, pathology in the lens, due to maybe accumulation of sorbitol over the aldose reductase pathway that we were referring to. 00:29 That sorbitol that may accumulate in your lens, may then contribute to osmotic pressure, resulting cataract formation. Keep that separate. 00:36 In the mean time, it may also then cause damage to the retina. 00:41 Let's walk through this. 00:43 Sixty percent of your patients will develop secondary retinal disease. This is no joke. 00:48 So that would mean that as the retinopathy gets worse overtime, what the heck are you worried about? How about retinal detachment and then blindness? So let's continue, the number one cause of new blindness in the US, for a long time and for patients that are uncontrolled diabetic, 16 million Americans at least have diabetes; 50% are unaware, 50% of those do not even know that they require proper eye care, and greater than 8000 cases of new blindness each year, 12% of blindness overall. 01:27 These are numbers that are not to be joked with. 01:30 So other words awareness is huge but if you are not even sure that this is happening, then how would you know to even go, correct? The diabetic retinopathy. 01:41 What you're seeing here, these arrows are pointing to microaneurysms. 01:46 Of what? In the retina. 01:49 The little blood vessels, so the arterioles and the capillaries, it made that undergo microaneurysms. 01:56 What if the microaneurysm then ruptures? Obviously, resulting in blood formation or hemorrhage. 02:03 And we then we call that your dot-blot, like blotting, the darkening as we shall see. 02:08 Not only what you find that but maybe perhaps there is ischemia taking place on the nerve in your retina, or what color would then it appear when you have nerve damage? Called cotton wool spot. 02:21 What color is cotton? White. 02:24 So the white spots that I'm gonna show you in a bit in the retina will be damage to the nerve, where is in the microaneurysms were then to rupture, then we call that dot-blot hemorrhages. 02:33 The first type of change, that we take a look at a diabetic will be non-proliferative. 02:41 What does that mean to you? Let's take this step by step. 02:44 So let's say that the capillaries are undergoing advanced glycosylated end product or in other words glycosylation, right? So what is glycosylation taking place at the capillary? Then it's becoming weaker and there's leakage of content. 02:58 When there's leakage of content in such then you can expect there to be macular edema. 03:02 Notice the macular here, which one is it? Is it over to the right or pretty much in the middle of your funduscopic examination? In the middle. 03:12 The area that's dark there is the fovea like and around it that's the macular region, you can expect there to be edema, because of leakage. 03:19 Not only will there be leakage of fluid and such but there also would be leakage of RBCs. 03:24 Would you take a look at that entire retina here, you see little pools of blood and red? That's your dot-blot hemorrhages, because of leakage so neither the microaneurysms may then have caused blotting because of hemorrhage. 03:38 Then finally, take a look at that white spot up above, do you see that one up there? That's your cotton wool spot. 03:46 So in diabetic retinopathy of non-proliferative, what do you mean non-proliferative? It means that we're not in the state of neurovascularization. 03:54 So we don't have proliferation, but what we do have is microaneurysms, leakage of fluid, hemorrhage, and the cotton wool spot would represent damage to the nerve that's taking place. 04:05 That's called the cotton wool spot. 04:08 In terms of your optic disc, take a look over to the right there. 04:12 It's okay, alright? Nothing really significant at this point. 04:16 Now, what I'll have you compare this with is going to be the proliferative, and that's dangerous, because if it goes into proliferative, that means that the neovascularization once again, may then be pulling upon the retina and if that happens resulting in retinal detachment and blindness. 04:33 Let's take a look. 04:34 We have proliferative, where am I? In the retina. 04:38 Macula? No. Optic disc. 04:43 Next, would you take a look at that mess of convoluted, dilated, torturous blood vessels coming out? That's neovascularization. 04:54 So here we have proliferative type of diabetic retinopathy, and if that is to occur you are now at risk of retinal detachment and blindness. 05:04 Therefore, you wanna try to control, so maybe laser, you're gonna do cauterization perhaps or maybe perhaps even anti-VEGF therapy. 05:13 For example you've heard of bevacizumab. I'd give you a couple more.

The lecture Diabetic Retinopathy by Carlo Raj, MD is from the course Retinal Disorders.

What is the number one cause of blindness in American adults?

Which of the following refers to rutpured microaneurysms in the deeper layers of the retina?

Cotton wool spots on fundoscopic examination are caused by which of the following?

Which of the following most likely causes traction on the retina?

It´s great how the most important clinical points of diabetic retinopathy are explained with pathophysiology. I love how he tries to make us undertand how things work instead of memorizing information.

NOT ENOUGH INFO ON DIABETIC RETINOPATHY
By Vidur T. on 13. May 2020 for Diabetic Retinopathy

It missing a LOT of info in categorising Diabetic Retinopathy. NOT ENOUGH EVEN FOR A RECAP

It´s great how the most important clinical points of diabetic retinopathy are explained with pathophysiology. I love how he tries to make us undertand how things work instead of memorizing information.

NOT ENOUGH INFO ON DIABETIC RETINOPATHY
By Vidur T. on 13. May 2020 for Diabetic Retinopathy

It missing a LOT of info in categorising Diabetic Retinopathy. NOT ENOUGH EVEN FOR A RECAP