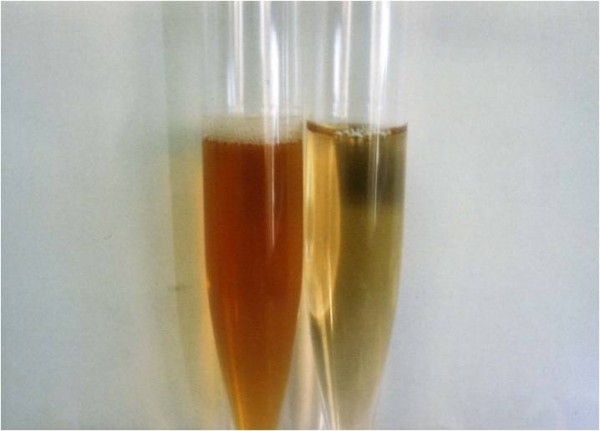 Paroxysmal Nocturnal Hemoglobinuria
Paroxysmal nocturnal hemoglobinuria (PNH) is a rare but serious acquired hemolytic anemia with periodic exacerbations. This anemia is caused by nonmalignant clonal expansion of ≥ 1 hematopoietic stem cells that have acquired a somatic mutation of the phosphatidylinositol N-acetylglucosaminyltransferase subunit A (PIG-A) gene. Clonal expansion of affected stem cells are deficient in glycosylphosphatidylinositol-anchored proteins (GPI-APs). Deficiency of the GPI-APs CD55 and CD59, which regulate complement, results in intravascular hemolysis. The classic triad of PNH is hemolytic anemia, marrow failure, and thrombophilia. Patients may be treated with the monoclonal antibody eculizumab or with stem cell transplantation, in addition to being treated for associated complications.
read more

The Cell: Cell Membrane
A cell membrane (also known as the plasma membrane or plasmalemma) is a biological membrane that separates the cell contents from the outside environment. A cell membrane is composed of a phospholipid bilayer and proteins that function to protect cellular DNA and mediate the exchange of ions and molecules. Additionally, the cell membrane allows the cell to communicate with other cells and also helps in tissue formation. Membranes are formed when glycerophospholipids and sphingolipids interact and expose their polar heads to the aqueous extracellular environment while sequestering their nonpolar tails toward the middle of the membrane. Proteins that are anchored in the membrane are responsible for cell signaling and interactions, transmembrane transport of substances, and for providing cellular structure.
read more
Load more
Share
Ask Questions
Take Notes
Download Slides
Report Mistake
Comments
show all Show less
My Notes
show all Show less
Learning Material 2
show all Show less
Report mistake
Transcript
0 of 0

00:00 That disease has a great name. It's an awesome name. 00:03 You'll love to say this. Paroxysmal nocturnal hemoglobinuria or PNH. 00:08 It's called that because hemoglobinuria, what we're gonna end up doing is rupturing red cells. 00:14 And the hemoglobin that comes out of those ruptured red cells are gonna show up in the urine. 00:19 It turns out, in about 10% of patients, it happens mostly at night. 00:24 The reasons are not important. 00:25 So, we still call it nocturnal hemoglobinuria, and it only happens every now and then, hence the name paroxysmal nocturnal hemoglobinuria. 00:35 Anyway, I just like saying it. 00:36 This is a disease that is a real disease, real people get this that is related to loss of that GPI linkage. 00:46 So, on the X chromosome, there is an enzyme. 00:49 There is a gene that's called PIG-A. 00:52 And PIG-A makes the protein that's gonna be responsible for doing the enzymatic linkage that makes that GPI linkage. If we lose that, if the enzyme becomes defective, and it's an acquired mutation, you're not born this way, at least not that we know of, but you acquire this as a mutation over time, you lose the ability to make the GPI linkage. 01:11 Well, it turns out, there's some very important proteins that are linked to cell membranes through GPI. 01:17 A couple of those are the decay-accelerating factor or DAF and CD55. 01:24 Those two molecules are important in inhibiting complement. 01:29 So, complement, as we'll talk about when we talk about inflammation, and we talk about immune-mediated injury, complement is a series of proteins synthesized by the liver that punch holes in bacteria and fungus. 01:42 That's their job. But they're pretty non-discriminant, and they will punch holes if activated appropriately in every other cell in the body. 01:51 So, every other cell in us makes these inhibitory proteins, DAF and CD55. 01:59 And that prevents unwanted complement from punching holes in you. 02:03 So, normally, because of the GPI-linked proteins, DAF and CD55, no problem. 02:12 If you have this disease with mutation in your PIG-A, now you can't inhibit complement. 02:18 And that complement is floating around, getting activated periodically in the bloodstream, and it will sit down now on a red cell, who can't defend itself. 02:25 That red cell then will have a bunch of holes punched in it, and out will ooze hemoglobin. 02:33 And so, now, we're gonna get hemoglobinuria. 02:36 It's actually causing -- rupture these red cells all over the place, so the patients functioning end up with a severe anemia. 02:43 They will require transfusions. 02:45 They clearly get fatigued because there's not enough oxygen carrying capacity. 02:49 They are dyspneic, they are short of breath. 02:51 And in patients who have ongoing coronary artery disease, they may get angina. 02:55 So, this is not a trivial disease. 02:57 And it's a real consequence of understanding kind of the cell biology in the way these proteins are linked. 03:04 It's also not just punching holes in red cells. 03:09 It's punching holes in white cells. In neutrophils, for example. 03:13 And so, patients with this disease will also get recurrent infections cuz they can't protect themselves, cuz all of their white cells had been punched full of holes. 03:22 And that clone. So, it turns out that loss of that particular protein activity gives -- confers to the cell who's lost it, a growth advantage. 03:35 And in the bone marrow, those cells tend to expand. 03:39 So, there's expansion of a mutant clone lacking the PIG-A and enzymatic activity. 03:45 They grow better, and as they're growing better and faster, they tend to acquire mutation, so there's an increased risk of leukemia. 03:52 So, an interesting disease. Fortunately, not that common. 03:57 This may be the only time you ever hear about it, but it's related to cell biology, and it's so cool. 04:02 And it's the concept that's most important anyway. 04:05 The coolness is just kind of the disease.

Which of the following is involved in the pathophysiology of paroxysmal nocturnal hemoglobinuria?

Patients with paroxysmal nocturnal hemoglobinuria are at increased risk for which of the following disorders?