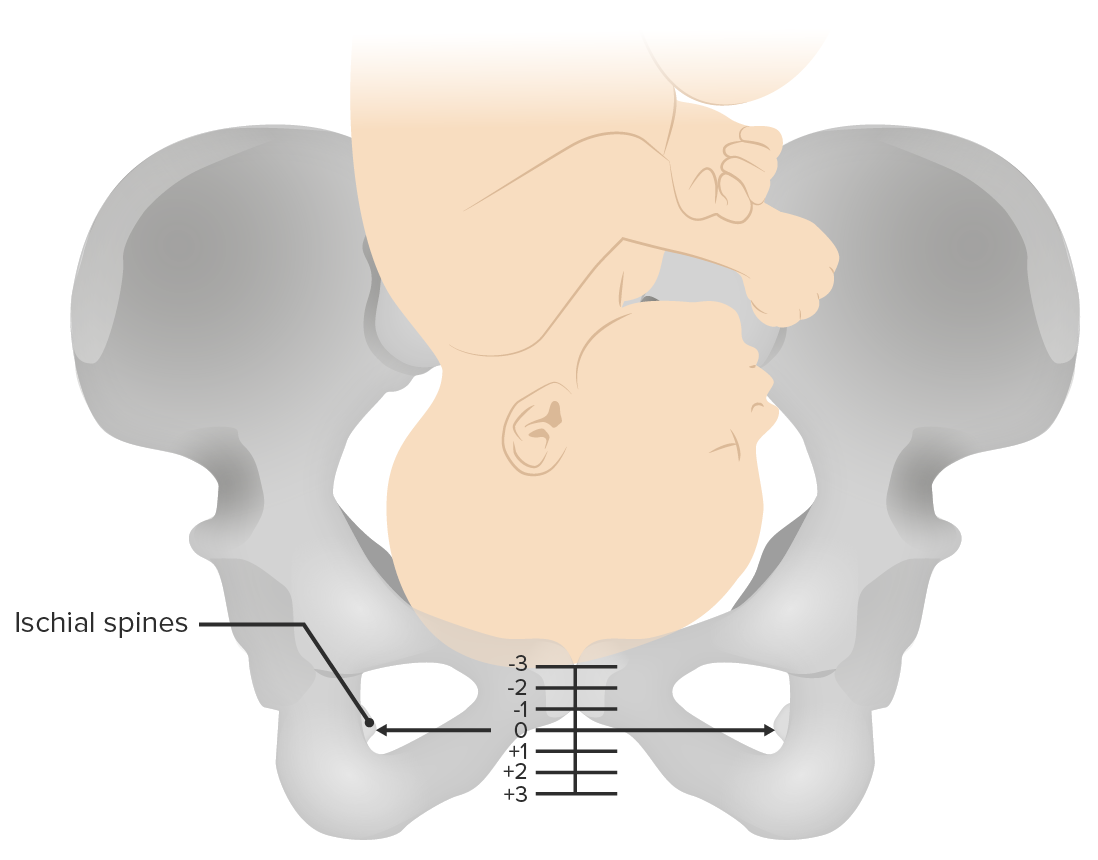 Normal and Abnormal Labor
Labor is the normal physiologic process defined as uterine contractions resulting in dilatation and effacement of the cervix, which culminates in expulsion of the fetus and the products of conception. Labor has 3 stages: the 1st stage starts with the onset of regular contractions, the 2nd stage starts with full cervical dilation, and the 3rd stage starts immediately after fetal delivery and ends with delivery of the placenta. The primary factors required for labor to progress normally are the three Ps: power (uterine contractions), passenger (the fetus), and passage (the maternal pelvis). Labor may become abnormally protracted and require augmentation, usually with oxytocin, to prevent maternal and fetal complications.
read more
Load more
Share
Ask Questions
Take Notes
Download Slides
Report Mistake
Comments
show all Show less
My Notes
show all Show less
Learning Material 2
show all Show less
Report mistake
Transcript
0 of 0

00:00 The pelvis plays a major role also with the primary respiratory mechanism, "As above, so below." This is a quote from Dr. William Sutherland who helped to establish and find osteopathy in the cranial field. So, he found that the primary respiratory mechanism plays a direct role with the sacrum. If you have motion and movement at the occiput and the sphenoid, there is a core link that attaches between the foramen magnum, C2 and C3, all the way down to S2. So, this dural attachment of the spinal cord has a direct effect and so motion at the cranium will have effect with motion at the sacrum. This motion is occurring about the S2 axis. So, biomechanically the pelvis connects the lower extremity to the spine and does provide a foundation for body support and locomotion. Motion occurs across the sacroiliac joint and also at the pubic symphysis especially during our gait cycle when we are ambulating and walking, when we are flexing and extending the spine and also during childbirth. So, let's look at the gait cycle. During the gait cycle, during normal walking there is a motion between the sacrum and the innominate. The sacrum will rotate based on the weight shift and when you're swinging and when you're standing. So on your stance phase, that's going to lock that side down for the axis and then with the motion of the innominate that carries the sacrum and causes rotation. So you are alternating forward sacral rotations as you're walking. So let's take another close look at the axis of the sacrum. It's important to distinguish the 3 different axes. There are 3 transverse axes of the sacrum with the superior, middle and inferior. So the superior axis is where respiration and the primary respiration motions occur. So when you have sacral nutation and counternutation with cranial flexion and extension, this is the axis for which the motion occurs about. This usually is at the level about S2. Your middle transverse axis is where you have spinal motion with the sacrum. So when you have flexion and extension of the spine, it will occur about the middle transverse axis. Finally, you have your inferior transverse axis. This is the axis where the innominates will rotate about during the gait cycle. So, let’s take a closer look at the gait cycle. Whenever we walk, our innominates will rotate anterior and posterior. So, within this cycle you can note in what phase the innominates are going to have an anteroposterior rotation. So in stance phase when we have heel strike, our leg is going to be in front of us and the innominate is going to rotate posteriorly and then in the heel off, our leg is going to be behind us and that's going to cause an anterior rotation. During the swing phase of gait, in this stage you have acceleration, midswing and deceleration of the leg. 03:19 The ilium gets tilted down and rotate towards the stance leg and so the innominate rotates posteriorly throughout this phase. So, looking at obstetrics, the pelvis and sacrum has significant changes throughout pregnancy. You know during pregnancy because of the increased growth of the uterus and the baby, the center of gravity is going to shift anteriorly. This is going to pull the lumbar spine more forward and then the sacroiliac joints and the pubic symphysis will become more laxed. What happens is the placenta starts to release a hormone called relaxin. This hormone helps to relax the ligaments so that the changes could occur to allow for childbirth. So again, the lumbar lordosis is going to increase and when you increase the lordosis in 1 area of the spine it's going to increase the curvatures in the other areas. So the cervical and the thoracic curves are going to increase and you have this increased anterior pelvic tilt. The pelvis and sacrum move to help facilitate the birthing process. So, when the head descends down into the pelvis, your iliac crest are going to diverge to allow for space for the head and the body of the baby to enter the pelvis, the ischia is actually going to converge or come close together and the sacrum is going to counternutate or rotate posteriorly again to accommodate the space for the head to descend into the true pelvis. During delivery what happens is the iliac crest is now going to converge to help open up the pubic area and to allow for a widening more distally. The ischia is going to diverge and the sacral base actually will now move anteriorly and nutate to allow for increase distance between the coccyx and the pubic bone.

The lecture Primary Respiratory Mechanism and Obstetrics by Sheldon C. Yao, DO is from the course Osteopathic Diagnosis of the Pelvic Region.

Around which of the following axes of the sacrum does primary respiratory motion occur?

At which of the following vertebral levels is the superior transverse axis usually located?

Around which of the following axes of the sacrum does spine flexion and extension occur?

Which of the following hormones causes the sacroiliac joint and pubic symphysis to be more lax to allow for childbirth?