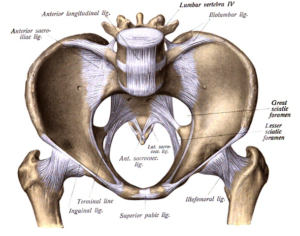 Anatomy of the Gluteal Region and Posterior Thigh: Popliteal Fossa and Neurovascular Bundle
The gluteal region is located posterior to the pelvic girdle and extends downward on the back of the upper part of the leg as the posterior thigh and then the popliteal fossa. This region consists of the gluteal muscles, the hamstring muscles and several clinically important arteries, veins and nerves. The muscles of the gluteal region help to move the hip joint during walking, standing and sitting.
read more 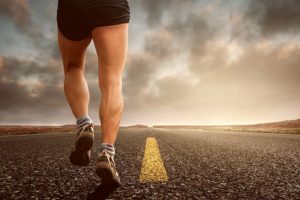 Lower Limb Anatomy
The basis of any surgical discipline and radiological imaging is structural anatomy. This article envisages clarifying the basics of lower limb anatomy with focus on the gluteal region, posterior thigh and the popliteal fossa. The muscles of the gluteal region are specialized to bear weight and maintain the horizontal balance of the pelvis. The posterior thigh muscles are the lateral rotators of the hip and the popliteal fossa is responsible mainly for extension/flexion and adduction.
read more

Anatomy of the Lower Limb: Muscles of the Hip and Thigh
The hip is one of the strongest joints of the human body. This circumstance is due to the variety of muscles that surrounds, stabilizes and moves it. Medical students often have difficulties to properly understand the large number of individual muscles with their structures and functions. It is, therefore, advisable to divide the muscles into groups in order to obtain a better overview that will, in turn, facilitate the learning process. This article is intended to provide the desired overview.
read more
Load more
Share
Ask Questions
Take Notes
Download Slides
Report Mistake
Comments
show all Show less
My Notes
show all Show less
Learning Material 2
show all Show less
Report mistake
Transcript
0 of 0

00:01 If we then move on to the thigh, we then want to look at the thigh in cross-section. 00:06 We?re familiar with this view from the upper limb. We have the outer skin, and then we have the medial aspect here. Remember, we?re looking at it from below. So medially, we find the great saphenous vein within the subcutaneous tissue. Laterally, we find the iliotibial tract. And here we have fasciae latae, and this passes deep into the thigh. We can see the lateral femoral intermuscular septum here. And then we can see we have this posterior intermuscular septum passing through here, and we can see we?ve got this middle intermuscular septum. And these separate the thigh into three compartments; the adductor or the medial compartment which we can see here, we can then see the anterior compartment here, and we can see a posterior compartment which we can see here. And these are all separated by the intermuscular septum. So it?s been separated into the various parts. We can also see that we have the sciatic nerve here and we have various branches coming here from the femoral nerve, and these are going to supply the various muscles within these compartments. The anterior compartment supplied by the femoral nerve is going to be the extensor compartment, and this is going to extend the knee. The posterior compartment is the flexor compartment supplied by the tibial nerve, and this is going to flex the knee. And then we have the medial compartment known as the adductor compartment supplied by the obturator nerve and this is going to adduct the thigh. The movements of these muscles in the thigh, they act on both the hip and the knee joint, and there are two types of movement. We have flexion and extension that?s allowed to occur at the hip, and also at the knee. And we also have adduction. Adduction is created via the adductor compartment, the medial compartment, whereas, abduction is carried out by muscles within the gluteal region. So if we have a look at the posterior thigh, then we can see there are just a few muscles to see. We?ve got semitendinosus and we?ve got semimembranosus. These muscles are coming from the ischial tuberosity and they pass straight down the medial aspect of the leg, we can see here. 02:32 We?ve got some biceps muscles that are running down the lateral aspects. And as we can see on this diagram, some of these muscles from a very intimate relationship as they have a common tendinous insertion onto the anteromedial aspect of the knee joint. So if we have a look, we?ve got biceps femoris, the long head and the short head, similar to biceps in the upper limb, it has two heads. The long head comes from the ischial tuberosity and the short head comes from the linear aspera and the lateral supracondylar line. 03:09 So if we look at biceps, we can see the long head here is coming from the ischial tuberosity. 03:13 It?s passing all the way down. It?s then joined by the short head that?s coming from the linear aspera, and these then combine to attach to the fibula. We can see them attaching to the lateral surface on the head of the fibula. Biceps is quite important. 03:30 It has two nerves that supply it. The long head is supplied by the tibial division of the sciatic nerve. So the long head of biceps is supplied by the tibial division of the sciatic nerve. 03:44 The short head, however, is supplied by the common fibular division of the sciatic nerve. 03:50 So the biceps has two different nerve supplies, long head tibial division, short head common fibular. The biceps femoris is associated with flexing the knee joint, and also, laterally rotating it when flexed. It can also extend the hip joint. If we now look at semitendinosus and semimembranosus, these originate from the ischial tuberosity. We can see both of these muscles coming from the ischial tuberosity of the ischium and passing down the medial aspect of the thigh. Semimembranosus is deeper than semitendinosus with semitendinosus having this tough and cylindrical-shaped tendon. We can see both of these coming from the ischial tuberosity. Semitendinosus passes to the medial surface of the proximal tibia, whereas, semimembranosus passes the posterior surface on the medial condyle of the tibia. So, both of these are passing to the tibia. Semitendinosus is passing to the medial surface of the proximal tibia and membranosus is passing to the posterior surface of the medial condyle of the tibia. 05:06 These are supplied just like the long head of biceps by the tibial division of the sciatic nerve. These muscles which collectively can be known as the hamstrings including biceps femoris, but semitendinosus and semimembranosus extend the hip joints and they can also flex the knee joints. They?re also associated with medial rotation when it is flexed.

Which nerve supplies the posterior compartment of the thigh?

Which area does the biceps femoris muscle insert into?