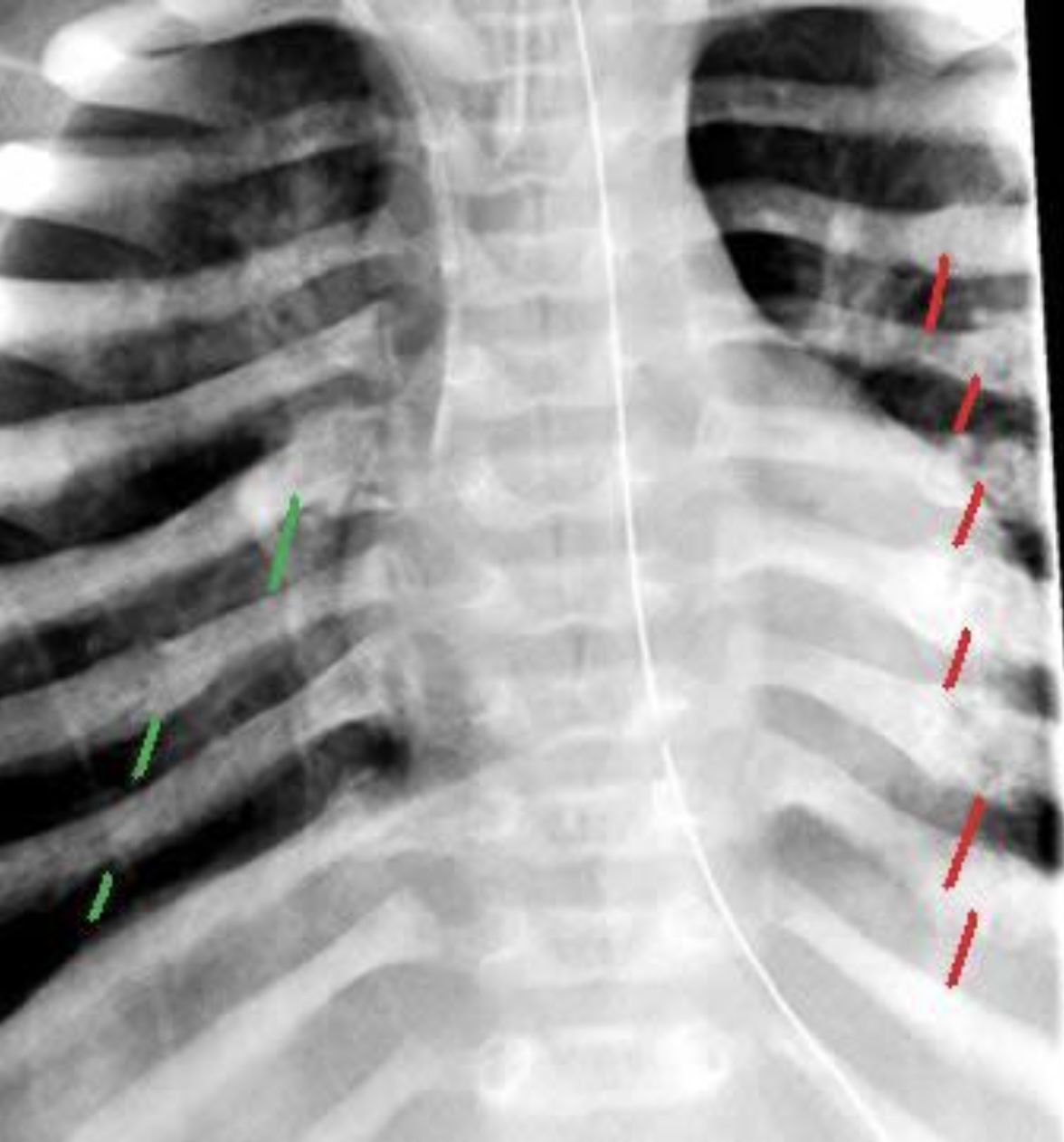 Thoracic Trauma in Children
Instances of traumatic force applied to the chest are seen in 10% of the cases of pediatric trauma, usually in the context of motor vehicle accidents and falls. Chest trauma rarely occurs in isolation and is often associated with polytrauma. The 2 major mechanisms involve blunt and penetrating forces. Pneumothorax, hemothorax, flail chest, and lung contusions are the most common injuries. Treatment of affected children is very similar to that of adults, but unique pediatric pathoanatomy dictates important differences in approach and management.
read more 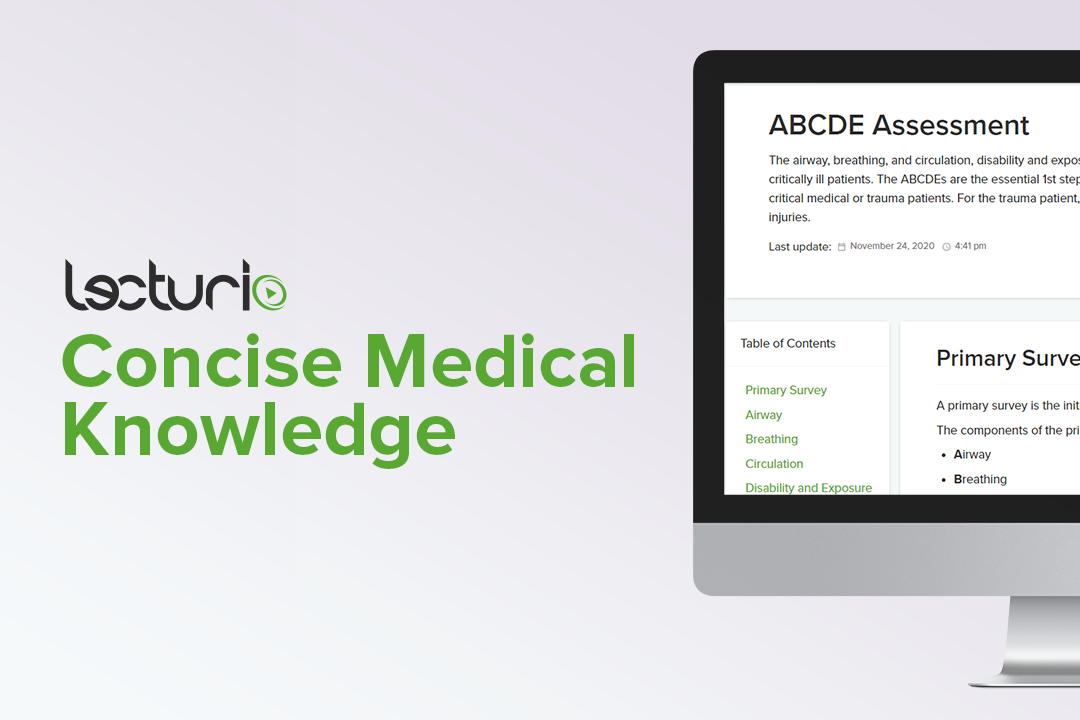 00:01 In this lecture, we’re going to review the primary and secondary survey. 00:05 How we manage trauma patients during the first few minutes that they come into the emergency room. 00:11 What you should remember is that children are very different than adults in a lot of ways. 00:16 But there are some similarities between the way we manage adults in the traumatic situation and the way we manage children. 00:23 I’ll try to highlight some of those for you during this lecture. 00:26 Remember about how we first think about a trauma. 00:30 Typically, you’re standing with the doctors and nurses and other therapists in the ER and you get a call saying, “Patient in a motor vehicle accident, five-year-old, roll-over, is coming in.” And that’s really all you know. 00:44 The first thing you want to do is use the mechanism of injury that’s been reported to you to assess the severity of trauma and the likelihood of injury. 00:53 So in a rollover for example, all hands on deck, then we’re going to consider also in children, which is a little bit different than adults the risk for child abuse. 01:03 Frequently children coming into the trauma bay had been abused, shaken, they may not have outward signs of trauma, but may have internal signs of trauma. 01:14 And so sometimes we worry that the severity of the injury is sort of worse than we expected, than we got from the report. 01:22 So think about that as a special consideration. 01:26 Consider the possibility of an acute event precipitating the trauma. 01:30 In other words, an adolescent who has a seizure while driving, results in an accident, is it possible this adolescent who’s now down actually had a problem, say drug use, resulting in a seizure and you’re dealing with more than you think right off the bat. 01:49 So the way we describe patients with trauma is using the Glasgow coma scale. 01:55 This is important because the scale is going to help us with certain decisions such as when to intubate, but is also very effective method of communication between professionals in terms of assessing quickly how injured generally is this patient in terms of their CNS. 02:13 So we do have the adult and children score, which you’re probably familiar with. 02:18 But there’s also an infant score that’s adapted from the children and adult score, which we can use as well. 02:26 So generally, the eyes section of the Glasgow coma scale, which is a four-point scale, is the same. 02:35 We give four points if the patient is spontaneously opening their eyes, three points if they open it to voice, two points if they open it to pain, and one point of they are not opening their eyes. 02:47 Then we look at the verbal response. 02:49 Here obviously infants will be different, they won’t express whether they’re oriented. 02:54 So instead of oriented for five points, we have coos and babbles. 02:59 If a patient is confused, it may be that the infant is irritable and not consoling. 03:06 For an adult who’s inappropriate for three points, for infants we say cries to pain. 03:12 For incomprehensible in children and adults, we use in infants moans to pain. 03:16 And of course, if there’s no verbal response, that’s only one point. 03:20 And lastly, the motor response, in an infant, it’s unlikely they would obey a command in the first place, so we have to adapt the scale again. 03:29 Six points for obeys commands correlates with just spontaneous movements. 03:34 Localizing the pain correlates to withdraws to touch. 03:37 Withdraws to pain is the same. 03:39 And then we still use the flexion and extension motor score, which indicates decorticate and decerebrate activity and of course, flaccid is only one point. 03:50 So this will give you basically the GCS score in both children and adults and infants. 03:56 It’s up to your discretion looking at a child as to what degree they’re going to be. 04:00 And this is an approximation, but it is important to be able to rapidly assign a Glasgow coma scale. 04:07 Remember, 15 points is perfect and three is the worse you can be.

The lecture Pediatric Primary and Secondary Survey: Introduction by Brian Alverson, MD is from the course Pediatric Emergency Medicine.

A 5-year-old boy presents after a motor vehicle accident. He opens his eyes to voice, is oriented to where he is and who he is, and localizes to pain. What is his GCS?

Which of the following is the most widely used scoring system for the evaluation of consciousness in trauma patients?

What is the lowest score based on the Glascow Coma Scale?