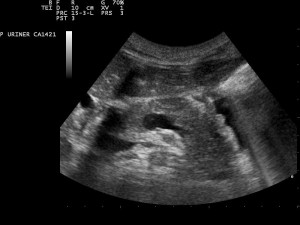 Endocrine and Exocrine Functions of the Pancreas
The pancreas is two in one: exocrine and endocrine gland. It is essential for digestion and the carbohydrate metabolism. Thus, a loss in pancreatic function leads to severe clinical symptoms. In this article, you will get a compact overview of the structure, functions, and diseases of the pancreas.
read more
Load more
Share
Ask Questions
Take Notes
Download Slides
Report Mistake
Comments
show all Show less
My Notes
show all Show less
Learning Material 2
show all Show less
Report mistake
Transcript
0 of 0

00:01 Well, here is a slide illustrating the details of the pancreas, the exocrine pancreas, that part of the pancreas that secretes digestive enzymes. And you can see acini labelled there, or at least you can see them because you can see granules containing the digestive enzymes collecting at the apex of the cells, the zymogen granules, which represent the enzyme precursors. 00:30 Those zymogen granules are going to be released into the duct system by the vesicle membranes fusing with the cell membrane. Now, in the pancreas, there is another cell that is in the acini, and that's the centroacinar cell. It's a very pale staining cell, but that's the beginning of the duct system. The other salivary glands don't have that cell. On the right-hand side of the image, you can just see a large pale stained area. It looks like it's going to be a component of a circular structure. That's the endocrine part, the islet that I've mentioned earlier. 01:14 And this just summarizes the electron micrograph image or the ultrastructure of a typical exocrine cell, like the pancreas. Granules at the surface waiting to be liberated, and the basal part of the cell labelled 1 there, you're going to have the protein factory. Rough granular endoplasmic reticulum, which is going to make the proteins, and that would stain generally basophilic, and the proteins would stain eosinophilic. So sometimes when you look at serous secreting cells, they have these little red stained granules at the apex of the cells. 01:51 And on the right-hand side, there's an image just to show you a diagram illustrating the ultrastructure. There are tight junctions between these cells so that secretory product, once it's liberated into the lumen, it doesn't then leak back into the connective tissue spaces between the cells. Okay now, let's just summarize what you have learned in this lecture. You've learned the various structural descriptions of the liver lobule, the hepatic lobule. You've learned the different components of the portal triads. And you've looked at, at least being alerted to the many many functions of the hepatocyte and how the hepatocyte is structured to be adjacent to borders to secrete bile into and borders to access components of the blood and to secrete components back into the blood. 02:50 And you've learned that the gall bladder stores that bile, but before it does, it highly concentrates it. And finally, you've looked at the exocrine components of the pancreas that synthesize and secrete digestive enzymes, and the very important role of the serous glands that have intercalated ducts and also the striated ducts. So, I hope you enjoyed this lecture. Thank you very much for listening.

The lecture Pancreas by Geoffrey Meyer, PhD is from the course Gastrointestinal Histology.

Centroacinar cells are spindle-shaped cells found in which of the following glands?

Which of the following is a component of the exocrine portion of the pancreas?

Which of the following glands is both an endocrine and an exocrine gland?