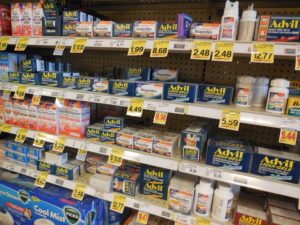 00:01 So, now, we’re going to discuss the important issue of pain management and this has got a lot of attention in the United States, in particular over the past few years with the opioid crisis that we've been facing. 00:11 I’m going to discuss pain management in the context of the whole patient and from the beginning of pain where I see a lot of patients who have more mild to moderate pain before they get to severe pain. 00:22 But we will cover opiates too at the end, some the limitations that they have. 00:28 So, just to understand the epidemiology of pain, this is an Internet-based survey of over 27,000 US adults. 00:36 The prevalence of pain that was chronic, over six months in duration, was about 30%, more common among females and males with chronic pain. 00:45 Most common cause of pain, low back pain. 00:48 Secondarily was osteoarthritis coming at number two. 00:53 And I thought it was important in the study that half of these patients with more than six months of pain were experiencing pain daily and a third of them qualified their pain as severe. 01:02 So, there's just a lot of pain out there among the general US population. 01:07 And that's why the use of drugs in general is so high. 01:12 Between chronic illnesses and conditions such as pain, about half of Americans have received at least one prescription in the past month, and this is all Americans – man, woman, child. 01:26 The overall rate of using at least five prescription drugs among adults is 11%. 01:30 So, this starts to be a lot of medications that patients are taking. 01:34 In particular in older adults, over a third are using at least five prescription drugs at any one time. 01:41 Then if you just take a step back, I mentioned that about half of Americans are taking some kind of medication prescribed. 01:50 Well, about half of adults who are middle-aged and older are also using over-the-counter medications. 01:56 And the risk for drug-drug interactions in examining these patients is pretty high. 02:02 Overall, it’s about 4% among middle-aged and older adults, the risk of drug-drug interactions. 02:09 And half of these cases involve medications that are over-the-counter that the doctor treating the patient may not even know about. 02:17 And the biggest problem with these medications is drugs that promote bleeding. 02:21 So, that’s something to be particularly cognizant about. 02:23 So, it’s the non-steroidal anti-inflammatory drug you’re taking over the counter along with the prescribed aspirin or warfarin that you may be taking, and those have a strong interaction for bleeding, obviously. 02:36 So, let’s look at a case of low back pain. 02:38 I’ve got a 45-year-old man with a one-week history of low back pain without radiation or associated symptoms. 02:46 He has a history of hypertension and he’s not tried any analgesics yet. 02:51 So, what's the most recommended treatment initially for this case where he hasn't tried anything yet for his low back pain? Is it, A, acetaminophen; B, naproxen; C, tramadol; or D, oral diclofenac? The answer is A, acetaminophen. 03:07 So, guidelines from the American Pain Society say that acetaminophen, NSAIDs and muscle relaxants are all associated with a mild to moderate decrease in pain on a 100-point scale. 03:22 There's not much to really separate them. 03:25 They have, again, a mild to moderate improvement in causing significant pain relief. 03:32 The trials – the clinical trials of these agents have generally been pretty short, with very little evidence of how they improved function. 03:39 I very much believe that function is actually a more important outcome than pain for many patients. 03:46 And there’s very few studies of combination therapy. 03:49 Most patients may use acetaminophen with an NSAID and/or a muscle relaxant together, but there’s little to recommend that practice because there’s little research on it.

The lecture Pain Management by Charles Vega, MD is from the course Chronic Care.

Which of the following locations of pain is most common in a primary care setting in the United States?

What is the most common side effect of nonsteroidal anti-inflammatory medications for pain relief?

Which of the following medications is the most effective first-line treatment for acute low back pain?