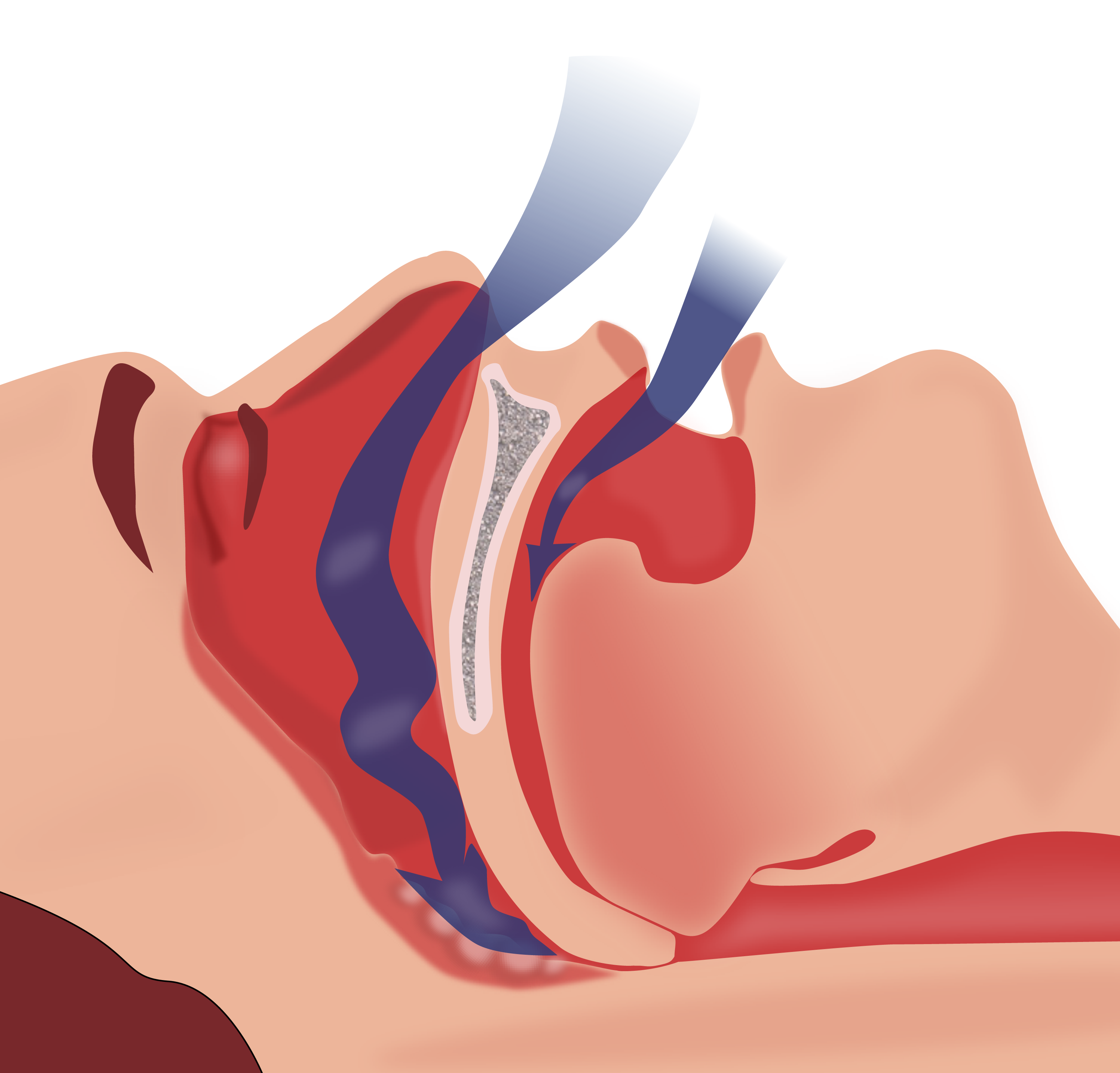 00:00 Right, moving on to another sleep related disorder, called obesity hyperventilation syndrome. 00:06 This is an increasingly common problem. The pathogenesis of this disease is not terribly clear, essentially the obesity results in reduced chest wall movements and restrictive lung function, and this seems to have a knock on effect on the central control of ventilations, so that as a consequence of the problems of actually moving the lungs during respiration. 00:31 The brain decides to hyperventilate, it doesn't seem entirely logical why this may happen, but this is exactly what happens. The brain signals for ventilation are turned down and the consequences of that is that you end up with hypoventilation, hypercapnia, type II respiratory failure, and this is a vicious circle. Because one of the problems of a high PaCO2, raised carbon dioxide levels is that CO2 in itself is a narcotic, and will, if it is high enough, turn down ventilation because of its central effects on the brain. 01:05 And these patients present with acute or chronic type II respiratory failure, pulmonary hypertension and cor pulmonale, the sort of problems that we've discussed already. 01:14 It's actually obesity hyperventilation syndrome is frequently misdiagnosed as either COPD or OSA, other potential causes of type II respiratory failure, the prevalence is not really known but is very much related to obesity, so it’s a very high body mass index and it seems to be more specifically a problem of women than necessarily men. Solicited drugs exaggerate the problem and similar to obstructive sleep apnea, it will present with daytime hypersomnolence, but more marked problems, the patient will be confused, cor pulmonale is common, and is probably, in fact the second commonest cause of admissions to hospitals with acute hypercapnia, the first commonest being COPD. 01:57 Sleep studies are used to show the overnight hypoventilation that is occurring; you need the blood gases to identify their respiratory failure. The lung function tests show restrictive changes due to the obesity and in the chest X ray actually the lungs will look normal and you may want to echo and ECG to look for cor pulmonale. 02:16 Treatment is very difficult, essentially weight loss, weight loss and weight loss, but that's obviously very hard to achieve, Bariatric surgery can be very helpful in those circumstances. 02:26 And the patient may need some form of ventilatory support long-term, oxygen and often actually, they need noninvasive ventilation as a long-term treatment. The treatment for acute presentations, this is type II respiratory failures, so it's controlled oxygen, nasal ventilation, treatment of the cor pulmonale, getting rid of the distal oedema with diuretics etc.

The lecture Obesity Hypoventilation Syndrome by Jeremy Brown, PhD is from the course Other Respiratory Disorders.

Which of the following is FALSE regarding obesity hypoventilation syndrome?

(1) 5,0 of 5 stars
Short easy to understand well explained
By Ruan j. on 13. May 2021 for Obesity Hypoventilation Syndrome

Short, easy to understand well explained , thank you very much

(1) 5,0 of 5 stars
Short easy to understand well explained
By Ruan j. on 13. May 2021 for Obesity Hypoventilation Syndrome

Short, easy to understand well explained , thank you very much