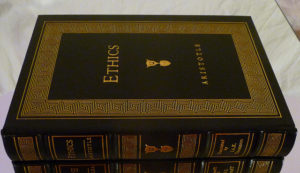 00:01 So modern medical ethics, according to some people, begins around World War II during the war crimes trials in Nuremberg. 00:09 Several points were brought up as results of those trials; we call these the Nuremberg code, 10 points in particular that were quite stressed. One was quite prominent however and that was, voluntary consent of a human subject is absolutely essential. You can't conduct medical research on a person without them allowing you to do so, that was the Nuremberg code's most important finding and recommendation. The problem with the Nuremberg code though is that it does not have the force of law, it's a guideline that countries are free to follow and recommended to follow. Also one interpretation is that the code argues that you can risk a subject's life so long as the investigator is also subjecting him or herself to the same risk. Then came the declaration of Geneva, this is also in the postwar period, so the World Medical Association redrafted the famous Hippocratic oath to be more relevant for a modern era, for modern ethics. And there are 11 tenets the declaration of Geneva, again the most important one is, "I will not use my medical knowledge to violate human rights and civil liberties, even if someone is threatening me."

The lecture Nuremberg Code by Raywat Deonandan, PhD is from the course Research Ethics.

Which of the following is not a point made by the Nuremberg code?