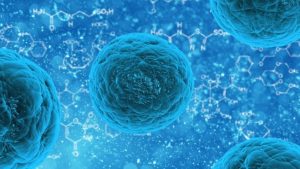 Cytology: Structure and Functions of the Cell
The cell is the basic element of all organisms. It measures only a few µm in size, but is incredible in its biological and organizational functions. The cell is a common exam topic in the studies of biology, biochemistry and histology. This is because of its numerous organelles, the cytoskeleton and the cell-cell contacts. Based on the following overview, you will be able to obtain knowledge that will enable you to answer certain exam questions on topics related to cells.
read more 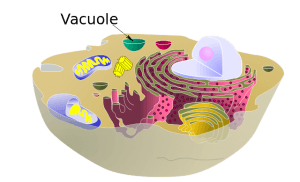 Cytology: Definition and Basics
The understanding of eukaryotic and prokaryotic cells is one of the foundations of medicine. Each cell carries out specific functions depending on its field of application. During the foundation of new lives, two cells are left on their own because cells function in large groups in an organism. If the structure of the cells is similar in principle, important differences arise from the tiniest of changes, enabling the whole organism to function.
read more
Load more
Share
Ask Questions
Take Notes
Download Slides
Report Mistake
Comments
show all Show less
My Notes
show all Show less
Learning Material 2
show all Show less
Report mistake
Transcript
0 of 0

00:00 So the nucleus is certainly the brains, the operation of the cell. So the nucleus is a spherical structure. 00:10 It's bound in a double membrane. And it has nuclear pores. 00:14 It actually got pores all over it so that things can move in and out of the cell. 00:19 And we used to think things move pretty freely into and out of the cell. 00:23 However it turns out that the nucleus is pretty selective about what it lets in and out as the cell membrane is fairly selective about what it lets in and out. 00:35 Inside the nucleus, again we have the DNA, generally it is unwound in its chromatin form because the cell needs to access the DNA in order to produce proteins through transcription and translation in order to make proteins that support the cell's functions. 00:54 Must take a little bit closer look at the nuclear pores that we see in the cells. 01:00 Again, the nucleus is a double phospholipid bilayer. So two phospholipid bilayers with a little bit of space in between. 01:12 There is a protein pore going through the cell as we've looked at in previous lectures. 01:18 These proteins, this is one of where the protein has function allows a channel for things to move through. 01:25 Recently we've learned that that protein pore has a little bit more detail in selectivity. 01:33 We know that on the internal surface we have this nuclear basket and that basket is going to control how things move in and out through the pore It's not quite clear yet how it does this, but we do know that it's involved in this. 01:49 And on the outside of the nucleus, on the outer membrane, we see that there are some fibers that perhaps even sweep things in towards that nuclear pore. 02:02 So these pores are much more selective than we had previously thought. 02:08 So now, we understand these nuclear pores and that we have a nucleoid region inside of the nucleus where we'll see that much of the RNAs produced to compose ribosomes. I think it's time for us to take a look at the ribosome itself. 02:26 Ribosomes can either be free floating around in the cell or they can be bound to the endoplasmic reticulum. 02:32 Ribosomes are the protein making factories of the cells. They are composed of two subunits. 02:39 Again, the subunits are built primarily of RNA and a little bit of protein. 02:46 And they're often assembled in the nucleoid region of the nucleus. So we have a large subunit, and we have a small subunit. 02:54 And they stay apart actually until it's time for them to take a DNA message on messenger RNA and actually manufacture a protein. 03:05 So large subunit and small subunit could be floating around in the cytoplasm. 03:09 And if it's time to make a protein, if there's messenger RNA floating around, then they'll assemble on that messenger RNA and start translating that code into a protein in order to either make the protein to stay or to go.

The lecture Nucleus by Georgina Cornwall, PhD is from the course Cellular Structure.

Which of the following are features of the nucleus?

Which of the following is true regarding the movement of materials through the nuclear pores?

Which of the following statements is FALSE regarding ribosomes?