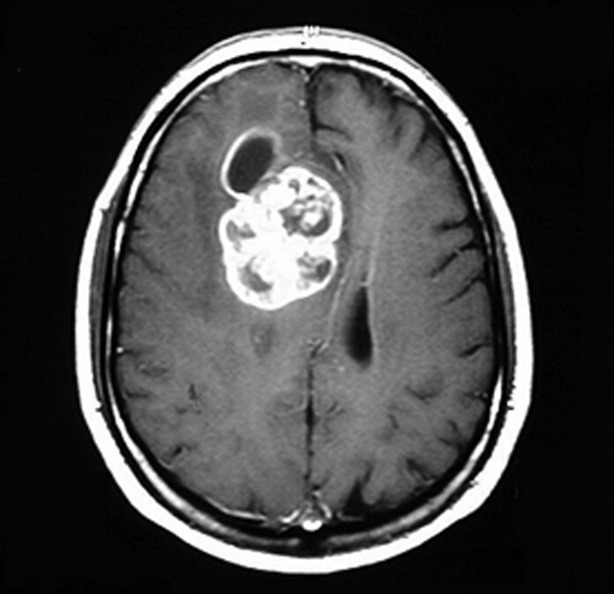 Astrocytoma
Astrocytomas are neuroepithelial tumors that arise from astrocytes, which are star-shaped glial cells (supporting tissues of the CNS). Astrocytomas are a type of glioma. There are 4 grades of astrocytomas. Grade I tumors are typically benign and present in children, while grade IV tumors (known as glioblastoma multiforme) are the most common primary malignant brain tumor in adults and have a particularly poor prognosis. The etiology of astrocytomas is usually unknown. The exact presenting symptoms depend on the tumor location and grade, but patients may exhibit headaches, seizures, and/or focal neurologic deficits. Diagnosis is made by MRI and tissue biopsy. Treatment depends on the grade of the tumor and may include any combination of surgery, radiation therapy, and/or chemotherapy.
read more
Load more
Share
Ask Questions
Take Notes
Download Slides
Report Mistake
Comments
show all Show less
My Notes
show all Show less
Learning Material 2
show all Show less
Report mistake
Transcript
0 of 0

The lecture Neuroepithelial Tumors by Carlo Raj, MD is from the course Tumors of the CNS. It contains the following chapters:

Which of the following is true about pilocytic astrocytomas?

What is the grading of anaplastic astrocytoma according to WHO classification?

Which of the following is necessary to diagnose glioblastoma multiforme?

Which of the following sites is most commonly affected in a patient with pleomorphic xanthoastrocytoma?

Which variant of astrocytoma is associated with tuberous sclerosis?

What is the mean age of diagnosis of fibrillary astrocytoma?

clear and concise in explanation; content well-organized and presented in a way that is easy to absorb

clear and concise in explanation; content well-organized and presented in a way that is easy to absorb