Names of Ducts of Glands 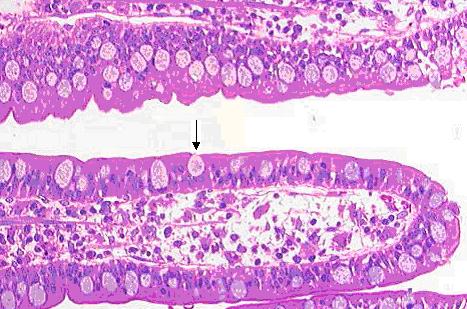 Glandular epithelium
Glandular epithelia, composed of epithelial tissue, are specialized structures that play a role in the production and release of enzymes, hormones, sweat, oil, and mucus in organisms. The secretion and release of these substances are prompted by either external or internal stimuli. Products of glandular epithelia are released either into ducts leading to the surface of the epithelium or into the blood. The 2 types of glands are exocrine and endocrine glands. The classification is based on the number and location of secreting cells and the type of secretions, among other factors.
read more
Load more
Share
Ask Questions
Take Notes
Download Slides
Report Mistake
Comments
show all Show less
My Notes
show all Show less
Learning Material 2
show all Show less
Report mistake
Transcript
0 of 0

The lecture Names of Ducts of Glands by Geoffrey Meyer, PhD is from the course Epithelial Tissue.

In exocrine glands, which of the following ducts is characterized by the basal infoldings of its plasma membrane, characteristic of ion-pumping activity by the numerous mitochondria?

Which of the following connects the the acinus to a striated duct in an exocrine gland?

In exocrine glands, which of the following ducts, along with striated ducts, function to modify salivary fluid?

Which of the following statements about the ducts in glands is INCORRECT?

Author of lecture Names of Ducts of Glands