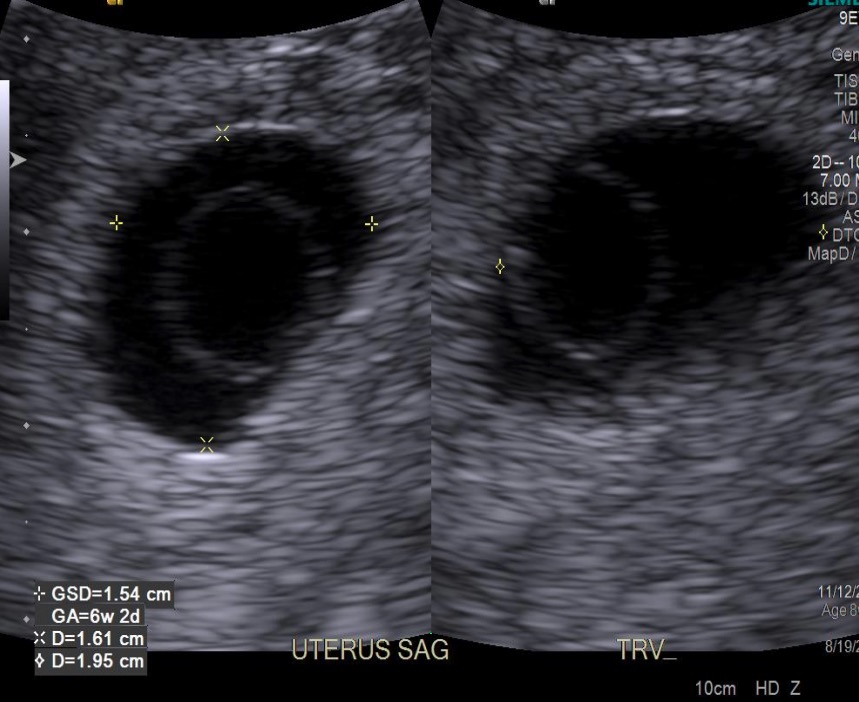 Pregnancy: Diagnosis, Maternal Physiology, and Routine Care
Pregnancy is the time period between fertilization of an oocyte and delivery of a fetus approximately 9 months later. The 1st sign of pregnancy is typically a missed menstrual period, after which, pregnancy should be confirmed clinically based on a positive β-hCG test (typically a qualitative urine test) and pelvic ultrasound. There are numerous maternal adaptations to pregnancy, both anatomic and physiologic, which occur to help support the developing fetus and prepare the mother's body for ultimate delivery. Pregnancy is not a pathologic condition, but good routine prenatal care can help achieve the best outcomes for both the mother and infant. Prenatal care includes appropriate lab and ultrasound testing, anticipatory guidance, and offering solutions or advice for common pregnancy discomforts.
read more
Load more
Share
Ask Questions
Take Notes
Download Slides
Report Mistake
Comments
show all Show less
My Notes
show all Show less
Learning Material 2
show all Show less
Report mistake
Transcript
0 of 0

00:00 By having this large amount of blood going to the placenta, what does this do to overall cardiovascular control for the mom? Well, if you would plot out the weeks of gestation versus the percent change in a particular variable, systemic vascular resistance plummets. In fact, over the first about 15 weeks, it is almost a linear drop as those spiral arteries have now engorged and it become wider you have little ability to resist flow. As systemic vascular resistance decreases, what has to happen? You have to have an increase in cardiac output. So the mother's heart is tasked more because of this vascular bed that is new to the system and is open wide and doesn't constrict. Therefore, you have increases in heart rate and stroke volume so this is almost like a sympathetic stimulatory stress most of the time during those first number of weeks of gestation. Interesting though, her mean arterial pressure stays fairly constant. So that decrease in systemic vascular resistance which she cannot control is accommodated by the increase in cardiac output. Now what changes happen in the cardiovascular system besides those of cardiac output and systemic vascular resistance? The big one is is there is a change in blood volume. So the renin-angiotensin-aldosterone system is engaged to a great extent and you retain fluid and as you bring in fluid to the body as you're drinking and so forth, you're not urinating out as much fluid. So you start to really retain fluids. This has an interesting effect on some of the blood components and the most interesting one is it's effect on hematocrit. You will get a decrease in percent hematocrit as gestation moves along to about week 30 and then it flattens out. What does a decrease in hematocrit mean? Did you really change the number of red blood cells? Not as likely. What happened is that you changed plasma volume. So now every red blood cell is diluted in with more fluid so it seems like there is an anemia that has taken place because the number of red blood cells is decreased per unit volume of blood and we measure that as a percent. This physiological anemia can cause problems such as fatigue and weakness in the mother. It can also, with having this higher cardiac output, will cause some edema-related issues and this happens through two reasons: one is the increase in cardiac output, the second is a decrease in the capillary colloid osmotic pressure. So remember, osmotic pressure is the amount of proteins that are in the blood. If you dilute them, now they are going to have less osmotic draw per volume of tissue. So you'll be more likely to leave more fluid out in the capillaries and that is one reason why there is oftentimes edema that is present in the mother. There's also a bit of decrease in venous return. So that is the blood returning to the heart. Why? Because now you have this growing fetus and that growing fetus can press on some of the large vessels like the large veins, making it harder for flow to return to the heart. A use of all three of these mechanisms: cardiac output increase, decrease in the capillary colloid osmotic pressure and this decrease in venous return can oftentimes cause swelling. One place that it's oftentimes seen is in the ankles and the lower legs because that is a part that has higher pressures when you're standing upright. There are a few other changes in organs besides the cardiovascular system. Probably the biggest is an increase in oxygen consumption. So this is an overall increase in the metabolic needs of the mom, about a 30% increase in oxygen need, which means a 30% increase in metabolism. So this is going to mean that the mom is going to need to eat more and have more kilocalories being ingested. It increases minute ventilation, which is the volume of air that you breathe in per minute about 50%. There is a decrease in residual volume which is the volume of air in your lungs after a maximal exhalation of about 20% and that is because as the fetus is growing it is starting to take some of that extra lung tissue, it's pressing up against it and therefore you don't have as much volume but what happens is you compensate for part of that by increasing your minute ventilation. So you're working harder to even breathe. The last thing that changes is you have an increase in renal blood flow, which increases glomerular filtration rate. This is very important for the fetus because now you are getting not only your metabolic waste: things like urea, things like carbon dioxide, things like small molecules involved in metabolism but you also have to remove those waste of the fetus that was picked up in the placenta flow.

The lecture Maternal Changes by Thad Wilson, PhD is from the course Reproductive Physiology.

Which of the following increases during the first 30 weeks of gestation?

Which of the following is seen to drop in the first 10 weeks of gestation?

Oxygen need in a pregnant woman increases by how much?

Which of the following organs receives more blood in a pregnant woman?