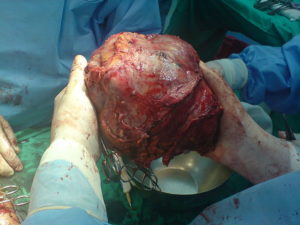 Liver Cancer: Types of Hepatobiliary Tumors
Liver tumors are some of the more common neoplasms and are classified as either primary or secondary. Management varies depending on several factors such as type, size, and the spread of the cancer. Continue to read this article to learn key facts about the tumors of the liver including incidence, pathology, clinical features, diagnosis, and treatment.
read more
Load more
Share
Ask Questions
Take Notes
Download Slides
Report Mistake
Comments
show all Show less
My Notes
show all Show less
Learning Material 2
show all Show less
Report mistake
Transcript
0 of 0

The lecture Malignant Liver Lesions by Hetal Verma, MD is from the course Abdominal Radiology. It contains the following chapters:

Imaging findings of hepatocellular carcinoma include which of the following?

Which of the following is the MOST common malignancy found within the liver parenchyma?

How does metastasis in the liver from colon adenocarcinoma appear in a non-contrast enhanced CT?

Which of the following is FALSE regarding hepatocellular carcinoma?