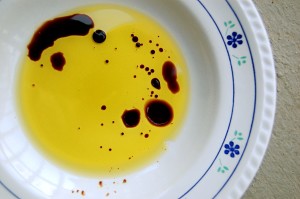 Lipid Control: Niacin, Bile Acid Sequestrants, Fibrates
From the name itself, lipoproteins are made up of complexes of lipids and proteins that primarily work as the transport system for cholesterol, triglycerides and other significant lipids needed by the body. Previously, the study of conditions related to problems in the metabolism of lipoproteins has been exclusive only for researchers focusing on lipids. However, it has been integrated into the inquiry of internists and other specialties as many researchers have provided a link between dyslipidemia and other highly prevalent conditions, such as atherosclerosis and fatty liver disease.
read more
Load more
Share
Ask Questions
Take Notes
Download Slides
Report Mistake
Comments
show all Show less
My Notes
show all Show less
Learning Material 2
show all Show less
Report mistake
Transcript
0 of 0

00:01 Welcome to pharmacology by Lecturio. Todays lecture is going to focus on the control of cholesterol and other lipids. 00:09 I'm Dr. Pravin Shukle. Let's start our lecture by taking a look at how we control lipid in humans. We have several classes of drugs. The first and oldest class of drugs are the bile acid sequestrants. These are sometimes called resins by the pharmacists. Another class of drugs include niacin and the fibrates. The third class of drugs includes the HMG-CoA reductase inhibitors, commonly called statins. The fourth class of drug is ezetimibe, a single drug in that class. 00:48 The fat absorption inhibitors. And finally the PCSK9 inhibitors, a new kind of treatment using immune modulation to control cholesterol. 01:00 We also have another class of drugs called the MTP inhibitors that are not yet available for use but will be by the time that you listen to this lecture. Have a look at all of the drug classes. Let's start off with the bile acid sequestrants. 01:17 Now the bile acid sequestrants depend on the circulation of cholesterol in and out of the cell. There are several key components that we want to learn about. There are the HMG-CoA reductase inhibitors that are working inside the cell. 01:31 The resins are working outside the cell or outside the hepatocyte. The gut is portrayed at the top of the screen and the blood is portrayed at the bottom of the screen. Let's talk about the resins. The resins are going to block uptake of cholesterol from the gut. Remember that 92% of bile acids are reabsorbed normally. If you lose bile acids, bile acids being made from cholesterol, you are going to have lower levels of cholesterol that are reabsorbed. 02:07 Resins prevent the reabsorption of bile acids. Now the liver is forced to make more bile acids to account for the lost. 02:16 So the liver uses intracellular cholesterol to make up for that. Now what ends up happening is it sucks up more of the LDL from the blood to use as fuel. This is how LDL levels drop when we use resins. There is a mild reduction in LDL levels when you are using a resin. You may also increase your triglyceride and very low density lipoproteins in familial hypertriglyceridemia and familial hypercholesterolemia. Let's take a look at how niacin works now. Now take a look down at the bottom of the cell you can see niacin in green. Niacin is going to reduce VLDL synthesis. It also has a secondary reduction in LDL, and it also reduces the breakdown or catabolism of HDL. In the capillary endothelium, you have increased VLDL clearance. This reduces your plasma triglycerides. In adipose tissue, niacin will reduce lipase activity. This reduces plasma free fatty acids and triglycerides. And in terms of a secondary effect in the hemostatic system, niacin or Niaspan will reduce fibrinogen and TPA. This is a side effect known from Niaspan and I encourage you to take a look at the hematological pharmacology lectures to get a good idea of what is happening there. 03:51 Let's talk about fibrates. Fibrates are commonly gemfibrozil and fenofibrate. These are the two most common. 03:58 There are some other that are out on the market but you should know these two. Now there is a molecule called PPAR-alpha. Peroxisome-activated receptor, the alpha type. Now, PPAR-alpha has a couple of jobs. It increases gene expression of ApoA-I,-II and ApoC-III. And these molecules, these apoproteins are responsible for increasing HDL levels in the blood. It also increases gene expression for lipoprotein lipase. Now lipoprotein lipase clears triglycerides at the endothelium. And it will also increase the oxidation of free fatty acids within the hepatocyte. So, the fibrates are a lot more complicated than most people think. We generally say that it binds cholesterol. That's not actually true. There is a real metabolic change that's occuring in the cell because of these agents. In terms of the uses of fibrates they are used to treat hypertriglyceridemia. There is a tremendous worry about toxicity with these medications especially when we use them in combination with statins, and i'll explain that in a minute. One of the downsides of these fibrates is that they may actually increase LDL and i'll explain that too. A common side effect systemically is rash. 05:25 You can also have an increased white blood cell count and you can potentiate anticoagulants. So this is the hemostatic issue that I was talking about. In terms of increase in white blood cells, almost all patients seem to experience some rise in their white counts when they take a fibrate. And this is not a reason to stop the drug, it's just a reason to keep an eye on it. 05:44 I receive several consults a month asking me why the white counts are so high when patients are on fibrates. 05:51 And I just tell them you know what, I tell the referring doctor don't worry about it, just keep an eye on it, make sure it doesn't get out of hand. The risk of myopathy is discussed later.

The lecture Bile Acid Sequestrants, Niacin and Fibrates – Lipid Control by Pravin Shukle, MD is from the course Cardiovascular Pharmacology. It contains the following chapters: