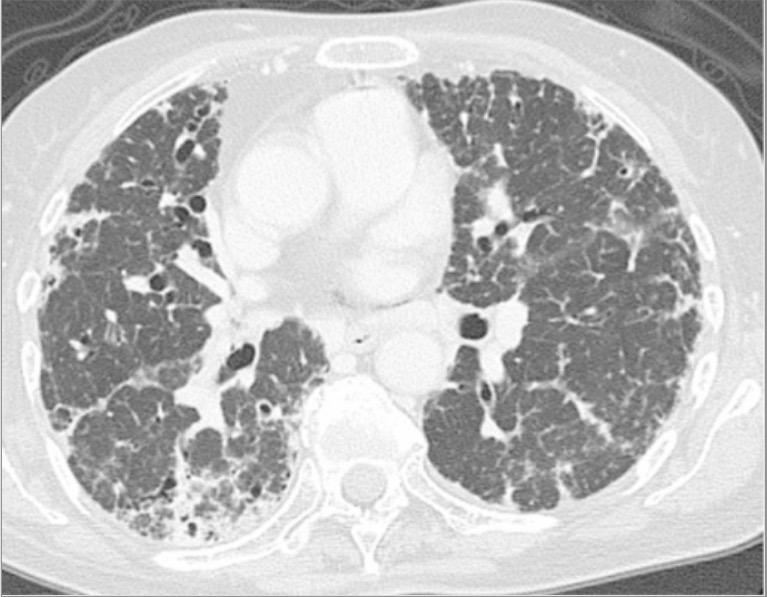 Scleroderma
Scleroderma (systemic sclerosis) is an autoimmune condition characterized by diffuse collagen deposition and fibrosis. The clinical presentation varies from limited skin involvement to diffuse involvement of internal organs. Diagnosis is established by a combination of physical findings and serology. There is no curative treatment. Management options are limited and include immunosuppressive medications as well as specific organ- or symptom-directed drugs. The overall 5-year survival of patients with scleroderma is about 80%.
read more
Load more
Share
Ask Questions
Take Notes
Download Slides
Report Mistake
Comments
show all Show less
My Notes
show all Show less
Learning Material 2
show all Show less
Report mistake
Transcript
0 of 0

The lecture Systemic Sclerosis: Limited vs. Diffuse by Carlo Raj, MD is from the course Connective Tissue Diseases. It contains the following chapters:

Which of the following diagnoses is most likely in a patient with dysphagia, calcinosis, Raynaud phenomenon, and positive anti-centromere antibodies?

Which of the following is NOT a feature of limited systemic sclerosis?

A 40-year-old woman presents with digital sclerodactyly and telangiectasias. Which of the following antibodies is most likely to be positive in this patient?

Which of the following is NOT recommended for the treatment of Raynaud phenomenon?

Which of the following drugs is NOT recommended in the treatment of scleroderma?