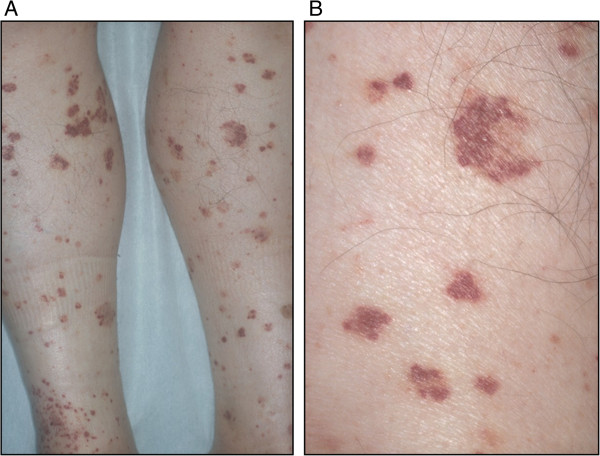 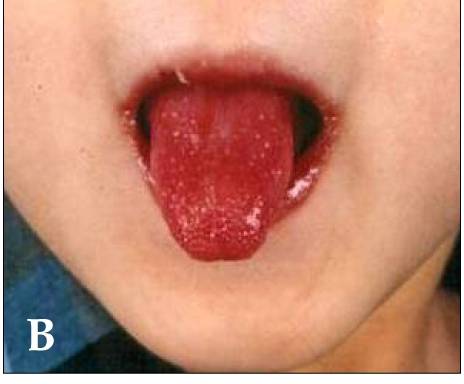 00:00 So, Kawasaki disease, it's importantly self-limited and that is a distinguishing feature. It's a medium vessel vasculitis and then vast majority of cases are in fact on patients under the age of 5. It's going to present with fevers greater than 5 days and mucocutaneous inflammation and the fevers greater than 5 days is one of the big clues that you should be thinking about this condition. The patient comes in with lymphadenopathy, sore throat, and a fever. You think it's perhaps strep throat but they're not getting better after a couple of days of amoxicillin, you start thinking about Kawasaki's disease. The inflammation that you might see in these patients is classically mucosal and lingual erythema, 90% of such patients may have things like cracked red lips or even a strawberry tongue, very bright kind of reddish picture. You'll also likely to find conjunctivitis. I mentioned the cervical lymphadenopathy that's more than half the time. 00:55 And the rash is somewhat difficult to describe because it can manifest in a number of different ways that's why it's called polymorphous though the most common presentation would just be a morbilliform and measles-looking kind of rash. Importantly, patients may have erythema on their palms and on their soles and after a few days to a few weeks this erythema may desquamate pretty significantly. And lastly, patients with Kawasaki's disease often present with abdominal pain, perhaps nausea, perhaps vomiting, again associated with this idea of a mesenteric ischemia type of picture. Kawasaki's disease importantly, and this is the most significant complication of Kawasaki's, is coronary aneurysms and cardiomyopathy which is something you wouldn't typically be looking for in a 5-year-old. It is a clinical diagnosis because its features are so classic and you're talking about 5-year-olds where there are so many different things that can cause so many different manifestations in a 5-year-old. You're likely to see some non-specific inflammatory markers like an elevated ESR or CRP but there's no other blood testing that's going to be a slam dunk diagnosis for this. In contrast to the other vasculitides, you're going to treat this one with IVIG, with aspirin and rarely you might use steroids in severe cases. 02:15 Importantly, you're going to get an echocardiogram at baseline and you're going to have to perform serial echos over a few weeks in order to keep track of this idea of coronary aneurysms or any cardiomyopathy developing even after the initial inflammatory picture has resolved. So, this is an image that just kind of encapsulates all the different symptoms that we've just been discussing in one timeline. On the left there, you can see the different symptoms we're talking about and then in the bottom of the screen you can see how many weeks and you can see that this sort of disease process can go for several weeks before the whole thing is completely resolved. You have an acute period, a subacute period, and a convalescent period. And I just want to draw your attention, number 1 to the fevers and you can see that fevers, which is the large box in blue there, can persist for weeks with this condition even with treatment and I also want to draw your attention to the cardiovascular issues. So, initially in the first week you may see some evidence of coronary artery aneurysms but even a few weeks later even after the primary symptoms have started to resolve you have to be mindful of things like further progression of coronary aneurysms. And lastly, the skin findings, I mentioned that initially you may have just red palms and soles but after a few weeks you can have this desquamation change indicated by the number 4. Alright, let's move on. Alright, well, with the absence of fever or any mucosal inflammation plus most importantly the older age of our patient, she is 14 years old, this is really a disease of infants and children under 5 and the pattern of skin involvement which looks more like palpable purpura than a morbilliform eruption, I think we can safely take Kawasaki's disease off the list. Let's do the 2 large vessel vasculitides next, giant cell arteritis and Takayasu's.

The lecture Kawasaki Disease: Features and Manifestations by Stephen Holt, MD, MS is from the course Vasculitides.

All of the following clinical features are associated with Kawasaki disease EXCEPT...?

Which of the following imaging modalities is best used for the diagnosis and follow-up of coronary aneurysms in patients with Kawasaki disease?