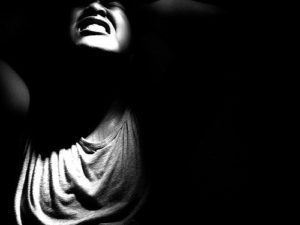 Intermittent Explosive Disorder (IED) — Causes and Treatment
Intermittent explosive disorder (IED) is an impulse-control disorder, characterized mostly by abrupt episodes of unnecessary fury or impatience. The disorder is signified by violence, impulsiveness and persistent aggressive outbreaks. These erratic and explosive outbursts can cause significant distress in the person, have a negative impact on their relationships, work and school, and they can also have legal and financial penalties. There are many symptoms and these are mostly based on individual genetics, presence of co-occurring complaints and habit or addiction to drugs or alcohol.
read more
Load more
Share
Ask Questions
Take Notes
Download Slides
Report Mistake
Comments
show all Show less
My Notes
show all Show less
Learning Material 2
show all Show less
Report mistake
Transcript
0 of 0

The lecture Intermittent Explosive Disorder (IED) by Helen Farrell, MD is from the course Control Disorders. It contains the following chapters:

Which of the following is FALSE regarding intermittent explosive disorder?

What neurochemical changes are seen in intermittent explosive disorders (IED)?

Which of the following is NOT included in the assessment of intermittent explosive disorders (IED)?

All the following are signs to intermittent explosive disorders (IED), EXCEPT: