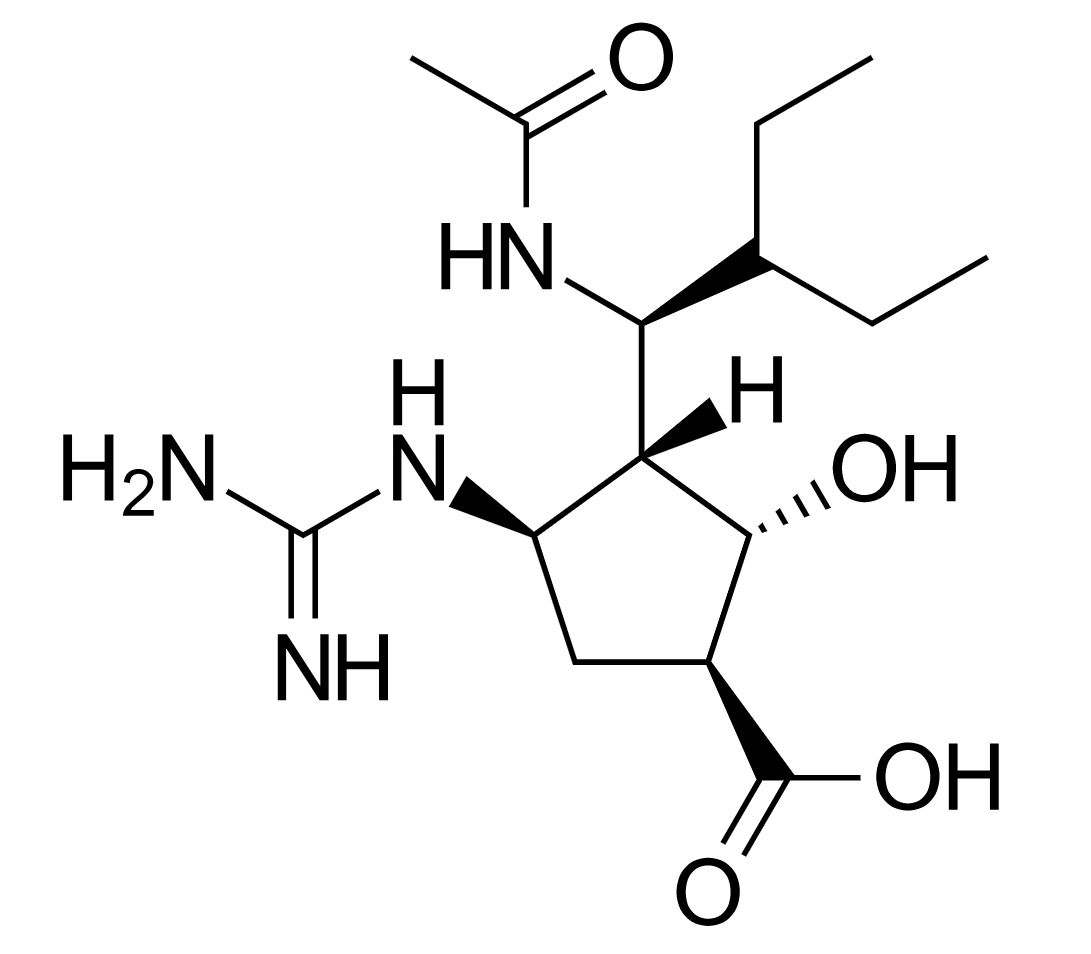 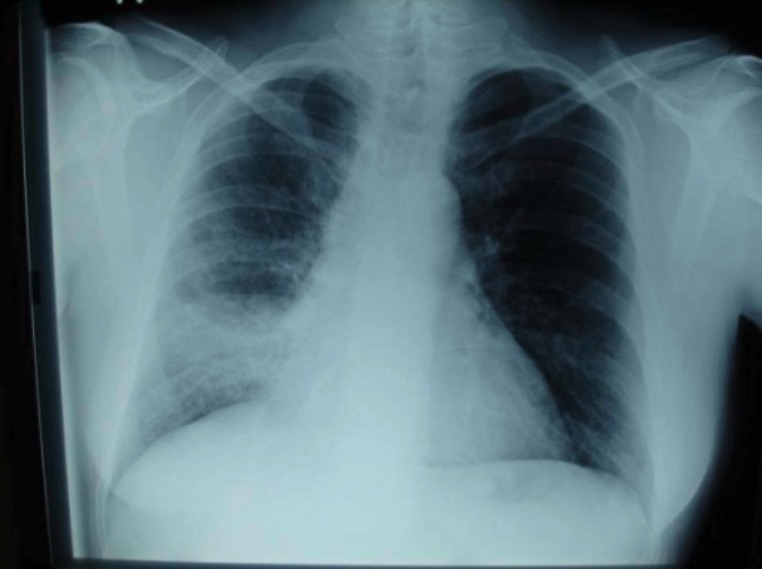 00:02 So, we can pass this on pretty easily person to person. 00:07 It’s contagious on the first day that a person with influenza has symptoms, and it’s spread by coughing and sneezing, small-particle aerosols, and these viruses are just as tiny as they can be and they remain suspended in the air for hours. 00:25 So you can see why if the symptoms come on within a day and they are highly contagious, then you can see why an epidemic would occur. 00:36 And direct contact with somebody within three meters of them is another way. 00:45 So if you’re sick with something that might be influenza or any viral syndrome, it’s best to alert your friends and your relatives, “Look, I’m not going to shake your hand, I don’t want to give you this.” So what are the characteristics of the various types of influenza? For influenza A, the natural host range involves humans, swine, horses, birds, and marine animals, and you can get both antigenic shifts and drift, as we talked about, and the clinical manifestations can range from mild to death. 01:30 Influenza B seems to infect humans only and you get antigenic drift, but not shift, and so therefore, you don’t get any pandemics of influenza B, and most of the people who suffer are older individuals and immunocompromised. 01:48 Influenza C can infect humans and swine, they only get antigenic drift, and it’s a mild disease. 01:57 So, indirect contact involves fomites, viral particles that land on surfaces. 02:09 And the virus is shed in an infected individual from five to ten days. 02:14 So even if they have had their flu for a week and they’re starting to get better they still may be contagious. 02:24 So let’s discuss the clinical presentation of the influenza. 02:27 The incubation period is short, as I mentioned, one to two days, and the illness comes on generally like gangbusters. 02:36 In a typical common cold, you may start out with a sore throat, get hoarse, get nasal congestion, and so forth, but you generally don’t feel seriously ill. 02:47 But in classic influenza, this illness begins with fever and chills and headache and actually myalgias are very prominent, especially extraocular myalgias, when the patient moves their eyes side to side it actually hurts. 03:07 That’s maybe a clue to influenza. 03:09 I mean other viruses can do that but influenza is notorious for doing that. 03:14 And this illness will put you in the bed, the common cold generally does not, and you don’t have much of an appetite. 03:26 The respiratory symptoms start out with a dry cough and a sore throat and nasal congestion, and this all gradually gets worse. 03:37 The cough becomes productive. 03:38 And think about what’s going on. 03:41 You’re denuding the respiratory epithelium, so you’re going to be coughing up a lot of cellular debris along with polyps. 03:48 And so gradually over one to two weeks you will start getting over this. 03:55 But this disease can be complicated. 03:58 Probably the worst complication is primary influenza viral pneumonia shown in the upper panel here, and this is where the lung parenchyma is actually infected by influenza. 04:13 We mentioned that it may occur more commonly in pregnant women, it also can occur more commonly in people who have heart failure. 04:21 They’re more likely to get that if they have pulmonary edema for any reason and also patients who have pulmonary hypertension and other kinds of pulmonary problems to start with. 04:36 So the primary influenza pneumonia starts typically with influenza, but rapidly the patient develops cough, dyspnea, and cyanosis. 04:47 So when that develops, that’s unlike regular influenza. 04:51 Regular influenza is pretty stuck on the bronchial tree, but influenza pneumonia is going to start causing problems with hypoxia. 05:01 And generally, the patients will have, on exam, bilateral inspiratory crackles but no consolidative findings. 05:09 It tends to be sort of an interstitial process so they won’t have necessarily dullness to percussion, whispered pectoriloquy, bronchial breath sounds. 05:23 The other thing is, and I hinted at it, that when the bronchial tree is denuded, then you are susceptible to bacterial pathogens that might get down in there, and leading the list of course is the Captain of the Men of Death, Streptococcus pneumoniae, and then Staphylococcus aureus. 05:43 And that staph aureus has been one of the more common superinfecting pathogens. 05:51 So staph aureus, one of the settings in which you frequently see it is following influenza and nowadays that includes community-acquired MRSA. 06:03 It turns out to be a rather uncommon cause of community-acquired pneumonia unless it follows influenza. 06:11 And so how do we know that that’s there? Well, the patient was convalescing from their influenza and then they have recrudescent fever, then their cough becomes more productive, and now they do have consolidative findings as shown in the lower panel on a patient who got pneumococcal pneumonia. 06:30 So we make the diagnosis generally clinically because we know that influenza is going around, so any kind of influenza-like illness that’s been in a community that they already know that it’s around, and the accuracy there is 80% to 90%. 06:50 There are molecular diagnostic tests that you can do with a nasal swab and they’ve got a good sensitivity and specificity, but they cost about $25. 07:02 The rapid influenza diagnostic tests compared to viral culture, their sensitivity is 40% to 80%. 07:13 These are the ones that are done frequently in the emergency room. 07:18 So when would you use one of these rapid tests? Only if it’s going to make a difference in what you do for the patient. 07:26 In the normal host, you’re going to treat them symptomatically, you may use one of the anti-influenza drugs, but generally it’s supportive therapy, fluids, rest, and so forth. 07:43 Now, in the immunocompromised patient or a hospitalized patient, you’re going to use these rapid tests to confirm the diagnosis regardless of how long they’ve had symptoms.

The lecture Influenza A: Signs, Symptoms & Transmission by John Fisher, MD is from the course Upper Respiratory Infections. It contains the following chapters:

How is the influenza virus transmitted?

Which influenza virus(es) can cause pandemics?

Which sign or symptom would suggest a primary viral pneumonia due to influenza over a typical influenza illness?

A 56-year-old patient with Type II diabetes reports fever, sore, throat, cough, and significant myalgias about 5 days ago. She started to feel better on day 4 of her illness and considered going back to her desk job, but the next day had a recurrence of high fevers, a sudden increase in malaise, increased productive cough, and some mild dyspnea when active. What is the likely infectious agent causing this resurgence of symptoms?

Which of the following patients is NOT at a particularly increased risk of developing primary influenza viral pneumonia?