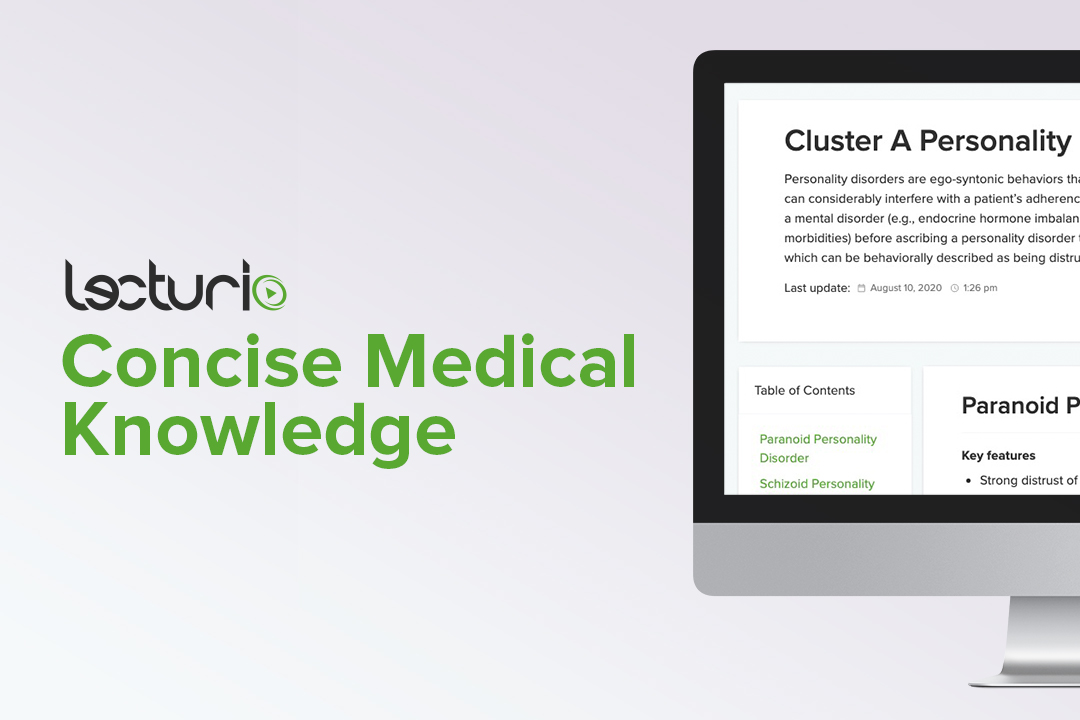 Cluster A Personality Disorders
Personality disorders are ego-syntonic behaviors that begin in childhood or adolescence and are classified into 3 clusters: A, B, and C. They can considerably interfere with a patient’s adherence to medical treatment for a variety of reasons. It is important to rule out organic causes of a mental disorder (e.g., endocrine hormone imbalances, medication adverse effects, alcohol and/or substance use, other mental health co-morbidities) before ascribing a personality disorder to a patient. Cluster A includes paranoid, schizoid, and schizotypal personality disorders, which can be behaviorally described as being distrustful and/or detached from society.
read more
Load more
Share
Ask Questions
Take Notes
Download Slides
Report Mistake
Comments
show all Show less
My Notes
show all Show less
Learning Material 2
show all Show less
Report mistake
Transcript
0 of 0

The lecture Influence of Social Factors – Formation of Identity (PSY, SOC) by Tarry Ahuja, PhD is from the course Self-Identity.

Which term describes the concept that someone's individuality is influenced by their interactions with and perceptions of people?

What is one role of mirror neurons?

Darcy is a 6-year-old who wants to be a police officer and starts acting out what she thinks they do (helping people cross the street, being orderly, and following and enforcing the rules). What type of conduct is she demonstrating?

A 10-year-old boy wants to be like his dad. He decides to wear his father's clothes and carry what he says is a tool belt. What type of behavior is the boy demonstrating?