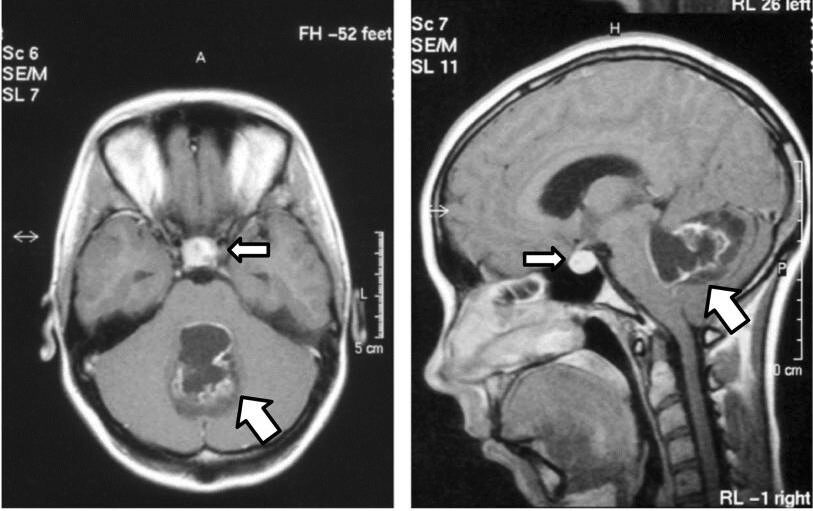 Hyperprolactinemia
Hyperprolactinemia is defined as a condition of elevated levels of prolactin (PRL) hormone in the blood. The PRL hormone is secreted by the anterior pituitary gland and is responsible for breast development and lactation. Many factors contribute to the development of hyperprolactinemia. The most common cause is PRL-secreting pituitary adenomas (prolactinomas). Diagnosis is achieved through hormonal testing to rule out other endocrine conditions and confirmatory imaging tests. Dopamine agonists are the 1st-line drugs for treatment. Refractory cases require surgery and possibly radiation therapy.
read more
Load more
Share
Ask Questions
Take Notes
Download Slides
Report Mistake
Comments
show all Show less
My Notes
show all Show less
Learning Material 2
show all Show less
Report mistake
Transcript
0 of 0

The lecture Hyperprolactinemia: Causes and Management by Lynae Brayboy, MD is from the course Reproductive Endocrinology. It contains the following chapters:

Which of the following cells are inhibited by prolactin?

Which of the following is a derivative of POMC secreted by the corticotrophs?

Which of the following is FALSE regarding prolactin secretion?

Which of the following is NOT a clinical feature of increased prolactin levels?

Which of the following is NOT a tumor associated with hyperprolactinemia?

Which of the following hormones is most commonly secreted along with prolactin in prolactinomas?

Thanks for a good lecture videos. I improved a lot. I will recommend this app to my friends.

Thanks for a good lecture videos. I improved a lot. I will recommend this app to my friends.