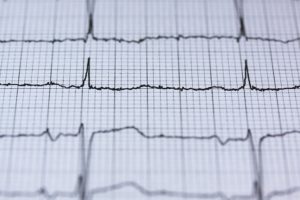 Hyperkalemia — Causes and Definition
Hyperkalemia is defined by the serum potassium level when it is higher than 5.5mEq/L. It is usually an incidental finding in the general population but affects 10 % of the hospitalized patients. Severe hyperkalemia is rare but catastrophic as it causes respiratory paralysis, generalized muscle paralysis and cardiac arrest.
read more
Load more
Share
Ask Questions
Take Notes
Download Slides
Report Mistake
Comments
show all Show less
My Notes
show all Show less
Learning Material 2
show all Show less
Report mistake
Transcript
0 of 0

The lecture Hyperkalemia: Etiology & EKG by Sharon Bord, MD is from the course Endocrine and Electrolyte Emergencies. It contains the following chapters:

What is the most dangerous electrolyte abnormality due to its cardiac side effects?

What drug causes hyperkalemia due to reabsorption of potassium in the kidney?

What is the first test that must be done in a patient noted to have hyperkalemia?

Which among the following is not an expected EKG finding in hyperkalemia?

It’s very useful information. Thank you. I’ll use the knowledge from this video for applying with my real work and it is beneficial for my patients.

It’s very useful information. Thank you. I’ll use the knowledge from this video for applying with my real work and it is beneficial for my patients.