How to Create a Genetic Map – Gene Mapping 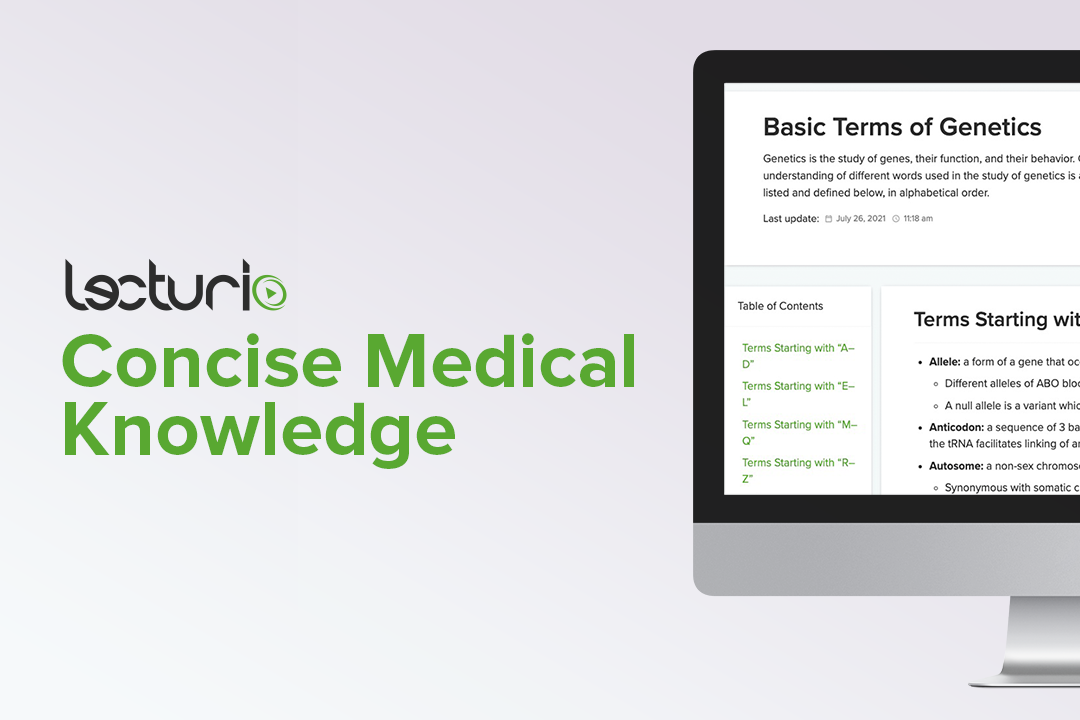 00:01 So recall test crosses because mapping involves test crossing to reveal the genotype and the phenotype. 00:09 But a test cross involves crossing an unknown genotype. 00:14 For example, we had our purple pea plants with a homozygous recessive, the white one to reveal whether it was a heterozygously purple or homozygously purple plant. 00:27 So, we are using test crosses in order to reveal phenotypes and get recombination information. 00:34 So, here we go. 00:36 Our language again of fruit flies, wild type versus mutant. 00:41 We have wild type and mutant, and the wild type is generally the dominant form although not always. 00:48 The dominant form in this case would be gray body and the recessive, form black body. 00:55 In this case this match up as mutant and wild type. 00:58 And the next characteristic we're looking at is wings, vestigial wings or tiny little wings that never grow properly versus normal wings which do grow properly. 01:11 Normal wings as the dominant case. 01:13 So when we take our parental generation and cross them, we end up with a heterozygote in the F1 generation. 01:20 Nothing new there, right? And we take those crosses and we cross it back in a test crossed to the homozygous recessive form and we calculate or count the number of offspring that are recombinant versus the number of offspring that are not. 01:37 The recombinant ones have had a crossing over event on one linkage group or that chromosome. 01:43 And so we can use that frequency to calculate how far away because, obviously, if you are closer together, you’re gonna have less crossing over events if the genes are further apart, you would have more crossing over events so we can calculate those crossing over frequencies or recombination frequencies by looking for the recombinant phenotype first. 02:07 How do we find that? We find the recombinant phenotype because it is the least frequent thing. 02:14 Crossing over is less likely than not crossing over between these two alleles. 02:19 So our recombinant phenotype are the ones with the less numbers to start with. 02:26 We can then add those two numbers together to get the total number of recombinant offspring and divide it by the total number of progeny that we had. 02:37 Let’s keep that really simple here and make it one thousand so all these numbers add up to one thousand, we take the recombinant ones divide them by the total number and we have a percent of recombinant progeny. 02:50 We used this percent of recombinant progeny, 18% and call it 18 map units. 02:56 So relative distance, these guys are pretty close together as compared to 30 map units. 03:02 Now, there’s a little bit of a catch, if these genes are close together. 03:06 We are going to get a more accurate number, recall that this is just an estimate or relative distances from each other. 03:15 So the catch here is if genes are really far apart we could end up with a crossover and then an un-crossover, right? A double crossover event. 03:29 So the further apart the two genes are, more likely it is that we could miss the crossing over event, and they essentially exhibit independent assortment. 03:41 Now, two of Mendel’s factors actually ended up being on one linkage group but they were so far apart that this double crossover event would happen quite regularly. 03:52 So, missed double crossovers will end up in us calculating shorter recombination frequencies because the double cross ends up uncrossing them and we don’t see the recombinant progeny.

The lecture How to Create a Genetic Map – Gene Mapping by Georgina Cornwall, PhD is from the course Understanding Genetics.

In a two-point cross to map genes A and B, you obtained 98 recombinant types and 902 parental types among the offspring. How far apart are these genes?

How is a recombinant phenotype determined when using a test cross?

Which of the following statements are TRUE regarding gene mapping? (Select all that apply)

Author of lecture How to Create a Genetic Map – Gene Mapping

Very clear and succinct. May have gone a bit too fast, but that's always manageable

Very clear and succinct. May have gone a bit too fast, but that's always manageable