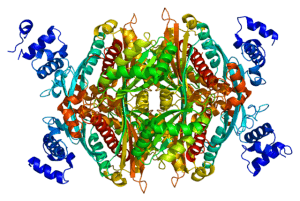 Lipid Control: HMG-CoA Reductase Inhibitors
Despite its negative connotation, cholesterol actually plays an important role in our body’s homeostasis. It basically makes up the most important parts which keeps us alive and functioning. For example, the membranes that keep our cells together are made up of cholesterol. However, major problems do arise when there is an alteration along its metabolic pathway in the body. For one, an excessive amount of cholesterol in the body has been linked to a lot of disorders, such as atherosclerosis and fatty liver disease. In this article, we will tackle how cholesterol is metabolized in the body and see where, in the pathway, HMG-CoA reductase inhibitors alter the whole process.
read more
Load more
Share
Ask Questions
Take Notes
Download Slides
Report Mistake
Comments
show all Show less
My Notes
show all Show less
Learning Material 2
show all Show less
Report mistake
Transcript
0 of 0

The lecture HMG-CoA Reductase Inhibitors – Lipid Control by Pravin Shukle, MD is from the course Cardiovascular Pharmacology. It contains the following chapters:

Which of the following is considered a pleotropic effect of HMG-CoA reductase Inhibitors?

Which of the following statements about HMG-CoA reductase inhibitor toxicity is INCORRECT?

Which statin has a lower risk of intrinsic muscle toxicity?

Which enzyme is mainly responsible for the breakdown of statins?

Which of the following statements about ezitimibe is INCORRECT?