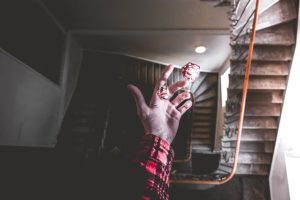 Gambling and Related Disorders — Definition and Symptoms
Impulse control disorders are characterized by an uncontrollable and irresistible urge to do certain activities that lead to harm to oneself and others. They mainly include compulsive gambling disorder, kleptomania, pyromania, and trichotillomania/hair pulling. The disorders have a low prevalence of 0.5% to 10%. The pathogenesis of the disease involves deranged levels of neurotransmitters, such as dopamine and norepinephrine.
read more
Load more
Share
Ask Questions
Take Notes
Download Slides
Report Mistake
Comments
show all Show less
My Notes
show all Show less
Learning Material 2
show all Show less
Report mistake
Transcript
0 of 0

00:01 Gambling disorder is another type of impulse control disorder. 00:05 Gambling is defined as placing something of value at risk with the hope of gaining something of greater value. 00:13 Now, less than 10% of adult gamblers develop a gambling problem, so it's rare. 00:20 But the epidemiology tells us that continued growth in the gambling industry might be causing an increase in prevalence of gambling problems. 00:29 It is more common in men than women and there's an increased incidence of mood disorders, anxiety, and OCD seen in people with gambling problems. 00:38 Some of the predisposing factors include loss of a parent during childhood, inappropriate parental discipline during childhood, anyone who has attention deficit-hyperactivity disorder could be at risk, and lack of family emphasis on budgeting and saving money is a risk factor. 00:58 When we think of the diagnostic criteria, patients should have 4 or more of the following. 01:04 First however, they should meet the criteria for having frequently preoccupied thoughts with gambling and they meet 4 more of the following, a need to gamble with increased amounts of money in order to achieve the desired excitement, that they've made repeated unsuccessful efforts to limit, cut back, or even quit gambling, there's a restlessness or irritability when trying to stop, the person often gambles in a way of escaping from problems or relieving dysphoric moods, and then after gambling and losing money, often gamblers will another day go on to keep doing the same thing even after they've lost, this is called chasing ones losses. 01:54 They may lie to family members, therapists, and others, and maybe jeopardize or have lost a significant relationship because of gambling issues, they often rely on others to provide money to relieve a desperate financial situation. 02:12 Gambling behavior is not better explained by a manic episode and in terms of treating a gambling disorder, something that's very helpful is peer support, something like a 12-step program gamblers anonymous, group therapy and psychodynamic therapy are also very helpful, medications sometimes have a place especially when there's co-morbid dysphoria or depression, and you definitely wanna also treat other issues such as maybe a substance abuse problem that has a high frequency with gambling. In fact, men with pathological gambling have higher rates of alcoholism than the general population and women with the diagnosis are more likely to be married to men who have an alcohol disorder. 02:59 Phases of pathological gambling include the winning phase, progressive losses, and then desperation. So, let's ask this question. What defense is most prominent in patients with pathological gambling? Actually, denial and rationalization and that's what helps them feed their losses and continue to play. So that's a summary of gambling disorders, another one of the impulse control disorders.

The lecture Gambling Disorder by Helen Farrell, MD is from the course Control Disorders.

Which of following is FALSE regarding gambling disorder?

Which of the following is NOT a diagnostic criterion for gambling disorder?

Which of the following lists the correct sequence of phases of pathological gambling?

Which defense mechanisms are most commonly seen in gambling disorder?