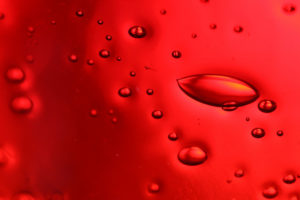 00:02 Now, hemoglobin is also an important consideration for the fetus and a mother. 00:09 Mom gets oxygen to the fetus by breathing and it gets transported through the blood to the fetus. 00:16 But the fetus has to really compete with mom for getting that oxygen. 00:20 And unless the fetus has an advantage, it's going to lose that battle. 00:24 Well, fortunately, the fetus has something on its side; it's known as fetal hemoglobin. 00:30 And this is a form of hemoglobin that's a little bit different than mom's hemoglobin. 00:35 We remember first of all that mom has adult hemoglobin, two units of alpha and two units of beta. 00:42 The fetus does not have the beta to any significant extent And you can see on this graph, that plots the relative amounts of various forms of hemoglobin that are present in the various globins that are present in hemoglobin at various stages of a person's life. 01:00 So the fetus prior to birth has very little of the beta unit and instead has a fairly high quantity shown in green of the gamma subunit. 01:11 So, fetal hemoglobin is mostly alpha 2, gamma 2, all right? Now, that's significant because there is very little alpha 2 beta 2. 01:21 These variations change in about birth and by a year and a half to two years of age, the fetus has adult hemoglobin. 01:29 And that's okay because the fetus wants to be breathing then. 01:31 The alpha 2 gamma 2 of the fetus inside of mom, however, has a higher affinity for oxygen than the alpha 2 beta 2 that mom is carrying. 01:42 Now, instead of competing on an equal footing basis, the fetus is actually taking oxygen away from mom very readily. 01:50 That's pretty necessary because the fetus is quite away from the oxygen supply. 01:55 The fetal hemoglobin is therefore able to provide the oxygen that the fetus needs to do that. 02:01 And you might wonder, "Well, how does the fetal hemoglobin differ and what's the different about the gamma unit?" Well, what's different about the gamma unit is that the alpha 2 gamma 2 does not have the same hole in the donut that the alpha 2 beta 2 does. 02:17 And the fetus therefore cannot bind 2,3 BPG. 02:22 That means that fetal hemoglobin stays mostly in the R-state It doesn’t get converted to the T-state. 02:31 The fetus therefore is able to grab oxygen much more likely because the R-state that you recall holds on to oxygen more tightly and grabs oxygen away. 02:41 Now, if we go back to the curves that we started with earlier, we can actually see what's happening with fetal hemoglobin, as I have described to you in words. 02:48 The fetal hemoglobin can't bind 2,3 BPG and therefore it's mostly in the R-state. 02:54 And if we measure the binding of fetal hemoglobin compared to adult hemoglobin and compared it to myoglobin, we see that the fetal hemoglobin remaining mostly in the R-state stays in the middle curve as we can see here. 03:08 The middle curve is the fetal hemoglobin. 03:11 As we move to the left, we see greater affinity for oxygen. 03:15 So, we see that the fetal hemoglobin has a greater affinity than the mom's adult hemoglobin but not as much as present in the myoglobin. 03:22 And that’s important because you remember the fetus has to deliver oxygen to its tissues. 03:28 Now, one of the questions students frequently ask is, "Well, if it mostly in the R-state, does it give up oxygen for its tissues?" And the answer is this graph shows, of course, that it does. 03:38 It gives it up more readily than myoglobin but not as readily as mom's hemoglobin does. 03:44 Is that a problem? No, it's actually not a problem because mom is out running and exercising and working and doing all these things. 03:51 And all the fetus is doing is sitting or kicking its legs. 03:54 It doesn't have that wildly varying need for oxygen that mom has.

The lecture Fetal Hemoglobin by Kevin Ahern, PhD is from the course Amino Acid Metabolism.

Which of the following is true regarding fetal hemoglobin?

Fetal hemoglobin is composed of which of the following?

Which statement is not true regarding fetal hemoglobin?

Excellent lecture, well explained so I could understand it. So important to understand and not just memorize these topics.

Excellent lecture, well explained so I could understand it. So important to understand and not just memorize these topics.