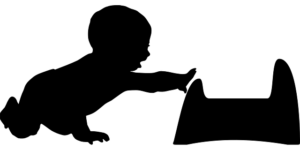 Toilet Training in Infants and Enuresis — Causes and Treatment
Toilet training includes training your child to control their bladder and bowels. Girls achieve bladder and bowel control earlier than boys. Enuresis is the voluntary or involuntary voiding of urine during sleep after bladder control is expected to have been achieved. Soiling, also known as encopresis, occurs when the child fails to use the toilet for bowel motions resulting in dirty pants. It is caused by emotional stressor and chronic constipation, resulting in large stool volumes to signal the need to defecate.
read more
Load more
Share
Ask Questions
Take Notes
Download Slides
Report Mistake
Comments
show all Show less
My Notes
show all Show less
Learning Material 2
show all Show less
Report mistake
Transcript
0 of 0

00:01 Enuresis is when it goes wrong after it’s already been achieved. 00:06 So generally, this is a voluntary or involuntary release of urine after the age when control should be achieved or after it’s already been achieved. 00:17 So primary enuresis is when they never achieve their goal and secondary enuresis is when the goal is achieved. 00:23 They’re peeing on the potty for at least six months, and then the control is lost. 00:29 When we have patients with enuresis, it’s important to distinguish between nighttime and daytime enuresis. 00:36 Nighttime enuresis is when patients have an inability to wake up and then go pee. 00:42 So this isn’t a voluntary inability to go to the toilet and urinate, it’s that their sleeping through the experience and they wake up after they’ve already peed. 00:53 There are some genetic influences here in that a family history is fairly common for this problem. 00:59 And generally, continence is achieved normally at ages three to five. 01:03 So if it’s later than this, we’re having a problem. 01:07 This is to be distinguished from daytime enuresis. 01:10 Daytime enuresis is more common in girls. 01:13 It relates to waiting too long to go to the bathroom. 01:16 Children are distracted, don’t want to waste their time going pee, wants to do something else. 01:22 And generally, continence in daytime should be achieved normally in children ages two to four. 01:28 So if they’re not accomplishing this, now we have a problem. 01:32 In children with either day or night control by the age of five,. 01:37 there’s usually an organic problem So we should consider things like chronic recurrent urinary tract infections, the presence of diabetes, especially if it’s gotten much worse in the last few weeks, a spinal cord lesion, such as tethered cord, may present as a difficulty with controlling urine. 01:55 An overactive bladder is a possible diagnosis or maybe the patient has a chemical urethritis or vaginitis such as with bubble baths. 02:05 This can result in voluntary withholding because it hurts a little bit to pee, they get backed up and then they have an accident. 02:13 Or rarely, there could be some physical trauma or hopefully not, but sometimes sexual abuse, which is causing that child to withhold either because of pain with urination or because of unpleasant feelings around their genital area. 02:28 If patients have a behavioral reason why they are having enuresis, we generally give parents reassurance. 02:36 Most children outgrow this. 02:38 Generally, we should try to wake the child at night to go to the bathroom if they’re having nighttime problems. 02:46 Voiding alarms aren’t particularly helpful but the can be tried. 02:52 Basically what this is is a sensor that’s in the panties that can go off when things become just a little bit moist. 02:59 Then, it triggers a loud alarm and the child wakes up. 03:03 The problem with these is they have peed already a little bit by the time they wake up. 03:08 So they aren’t always particularly helpful, but sometimes they will work and it’s pretty harmless to try. 03:15 Another thing you can do in very recalcitrant cases where the child simply can’t control their urination, is we can provide something like DDAVP. 03:24 Generally, we’ll give a dose of nasal DDAVP before they go to bed and they will have less likelihood of urination throughout the night. 03:33 Keep an eye on them though and make sure that their sodium levels are okay. 03:36 We don’t want a low sodium level. 03:39 Rarely patients will get tricyclic antidepressants. 03:42 Though that is very unusual.

The lecture Enuresis by Brian Alverson, MD is from the course Child Development and Behavior.

Which of the following is NOT a cause of daytime enuresis?

While treating a child with enuresis, you are explaining the cause of her child’s disease. Which of the following is NOT true for night-time enuresis?

Which of the following not an organic cause of delay in achievement of bladder control?

Which of the following can be used in the medical management of enuresis with no signs of UTI or diabetes?

It covered high yield material , that was sufficiently explained in a timely fashion

It covered high yield material , that was sufficiently explained in a timely fashion