Pharmacokinetics and Pharmacodynamics
For drugs to produce significant effects, they must be able to interact with the body. This interaction is affected by a number of factors which include the properties of the drugs and mechanism by which drugs are absorbed through the body systems. In this article, basics of pharmacokinetics and pharmacodynamics are discussed. Given emphasis are some of the factors affecting drug action, namely lipophilicity, acid sensitivity and BBB penetration.
read more 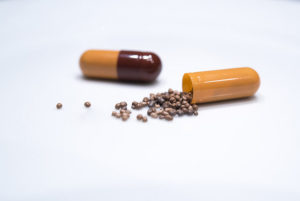 Definition and Processes of Pharmacokinetics
How a drug works and what happens to it upon entering the body are important factors in drug design, in order to ensure optimal action in the desired amount of time. Drugs are absorbed from the site of administration into the systemic circulation, where they may interact with the proteins; they then reach their target tissues, changed or unchanged, and act on them. The moment a drug enters the systemic circulation, it starts to be simultaneously eliminated by certain biological processes. All these together constitute pharmacokinetics of the drug.
read more
Load more
Share
Ask Questions
Take Notes
Download Slides
Report Mistake
Comments
show all Show less
My Notes
show all Show less
Learning Material 2
show all Show less
Report mistake
Transcript
0 of 0

Which of the following increases volume of distribution?

The volume of distribution for drug A is 8L. What is the total dose required to reach a plasma concentration of 4 units/L?

Which of the following is more likely to decrease the volume of distribution?

Definitely enjoyed this lecture. Concepts were concise making it really easy to follow. I enjoyed actually practicing the case study questions as it tested my understanding of the topic

Definitely enjoyed this lecture. Concepts were concise making it really easy to follow. I enjoyed actually practicing the case study questions as it tested my understanding of the topic