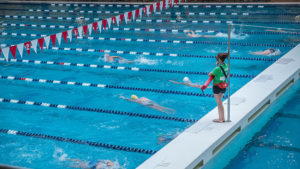 Drowning — Pathophysiology and In-Water Resuscitation
Drowning is defined as the process of experiencing respiratory impairment from submersion or immersion in a liquid. Submersion happens when the person’s airway goes below the surface of a liquid, whereas, immersion is a mechanism of drowning that involves water splashing over the face. In this article, you will gain an overview of drowning and learn more about the pathophysiology and in-water resuscitation for the perfect emergency medicine preparation.
read more
Load more
Share
Ask Questions
Take Notes
Download Slides
Report Mistake
Comments
show all Show less
My Notes
show all Show less
Learning Material 2
show all Show less
Report mistake
Transcript
0 of 0

00:01 Hello. We’re now gonna talk about drowning. 00:04 Drowning is defined as any form of respiratory impairment that’s caused by immersion in liquid and it’s subclassified by what happens to you as a result of the drowning. 00:16 So there’s drowning with mortality or death. 00:19 There’s drowning with morbidity or injury. 00:22 And then, there’s drowning with no morbidity. 00:24 So no negative sequelae occur as a result of the drowning. 00:28 It’s all considered to be drowning regardless of the outcome but we subclassify it based on what happens to the patient. 00:35 Drowning has a significant public health impact. 00:38 There’s 350.000 deaths per year worldwide from drowning and the vast majority of those are children. 00:45 In the United States, 4.000 people die per year from drowning. 00:49 There’s five drowning-related ED visits for every death and about half of the patients who come in require hospitalization. 00:58 Drowning is the leading cause of injury related death in young children. 01:03 So even more than motor vehicle collisions and other common causes of trauma, drowning is a major cause of death among kids. 01:12 So pathophysiologically, drowning’s pretty straightforward. 01:15 It all starts with being immersed in water. 01:18 When you’re immersed, that’s gonna trigger breath holding and of course, it’s gonna make you kind of panicky. 01:23 However, you’re not able to hold your breath forever. 01:26 So as you become more hypoxic, your normal physiologic response to that is to gasp to try to get air in. 01:32 Unfortunately, you’re under water, so you’re not gonna be able to get air in, you’re going to aspirate water into your lungs. 01:39 The volume of water that you aspirate is what determines the degree of respiratory compromise and it used to be thought that drowning was physiologically different whether it happened in salt water versus fresh water, but it’s actually not really relevant at the volumes that people typically aspirate. 01:55 You’d have to take a lot of water into your lungs to get electrolyte disturbance related to salt versus fresh water. 02:02 So really water is water in this case. 02:05 It also used to be thought that dry drowning was a phenomenon where the asphyxia was caused by laryngospasm and you could basically suffocate without aspirating a lot of water into your lungs. 02:20 That’s really not true and again, the volume of water that you take into the lungs is the primary determinant of how severe your respiratory compromise is and ultimately, what your outcome is. 02:31 In addition to aspirating water, people typically swallow water as well, and that leads to gastric distension, vomiting, and further aspiration. 02:41 So it’s very common that drowning is complicated by aspiration of gastric contents in addition to water. 02:48 Now, there’s not much of a differential diagnosis for drowning, right? It’s usually pretty clinically apparent. 02:54 The patient was immersed in a body of water for a period of time and has the related respiratory compromise from that. 03:03 However, we always need to think about what caused the drowning in the first place and that’s where our differential diagnosis really comes in. 03:11 So there’s a number of common precipitants of drowning. 03:14 Trauma is a big one. 03:16 So either the patient sustains a trauma that causes them to fall into the water or they sustain a trauma once they’re in the water. 03:24 For example, a diving injury. 03:26 You always wanna be very careful about evaluating patients for trauma when they come in with drowning. 03:33 Cardiac arrest can precipitate drowning. 03:36 Now, certainly a patient who comes in, in cardiac arrest after drowning, that could be an outcome of the drowning but they might have arrested before they fell into the water. 03:45 Similarly, they could’ve had a nonlethal arrhythmia syncope and fallen into the water as a result of that. 03:52 Hypoglycemia alters the mental status and can cause people to become unconscious and also fall into the water. 03:59 Seizures, especially when they occur when the patient is in the water are a common precipitant of drowning. 04:06 Intoxication is very strongly associated with drowning and people who engage in water sports while drinking or using drugs are at significantly increased risk of drowning. 04:17 And then lastly, you always have to consider the possibility of attempted suicide or homicide. 04:22 Was this actually an intentional drowning rather than an accidental drowning? Any cause of altered mental status is gonna increase the risk of drowning. 04:32 So people who are demented, delirious, have medical illnesses that alter the sensorium, all of these patients are at increased risk of drowning and you wanna just consider the possibility that altered sensorium was part of the picture whenever you see a drowning victim.

The lecture Drowning: Epidemiology, Pathology & Diagnosis by Julianna Jung, MD, FACEP is from the course Toxicologic and Environmental Emergencies. It contains the following chapters:

What is the leading cause of injury-related death in young children?

What determines the degree of respiratory compromise in drowning?