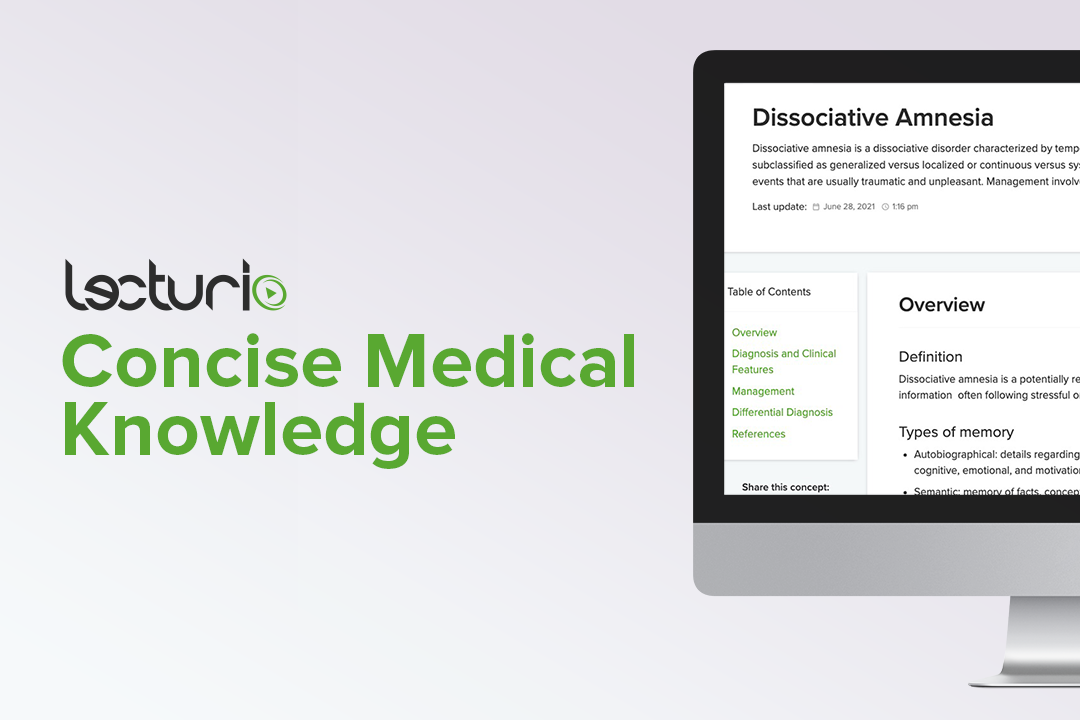 The lecture Dissociative Fugue by Helen Farrell, MD is from the course Dissociative Disorders. It contains the following chapters:

Which of the following statements regarding dissociative fugue is FALSE?

Which of the following is NOT a predisposing factor for dissociative fugue?

When assessing dissociative fugue, all of the following will yield relevant information for the diagnosis, EXCEPT:

Which of the following sentences best describes the difference between dissociative amnesia and dissociative fugue?

Which of the following therapeutic options is the most useful and effective for treating dissociative fugue?

Tom, a surgeon, is diagnosed with Huntington's disease at the age of 34. Two months later, his family finds him working as a chef, and he denies ever knowing them. What condition does he likely have?

I love her lectures. Her speech is deliberate, well-paced, easy to understand her content, even when it is complex material.

I love her lectures. Her speech is deliberate, well-paced, easy to understand her content, even when it is complex material.