Disorders and Treatment Considerations in the Elderly (Part 1) 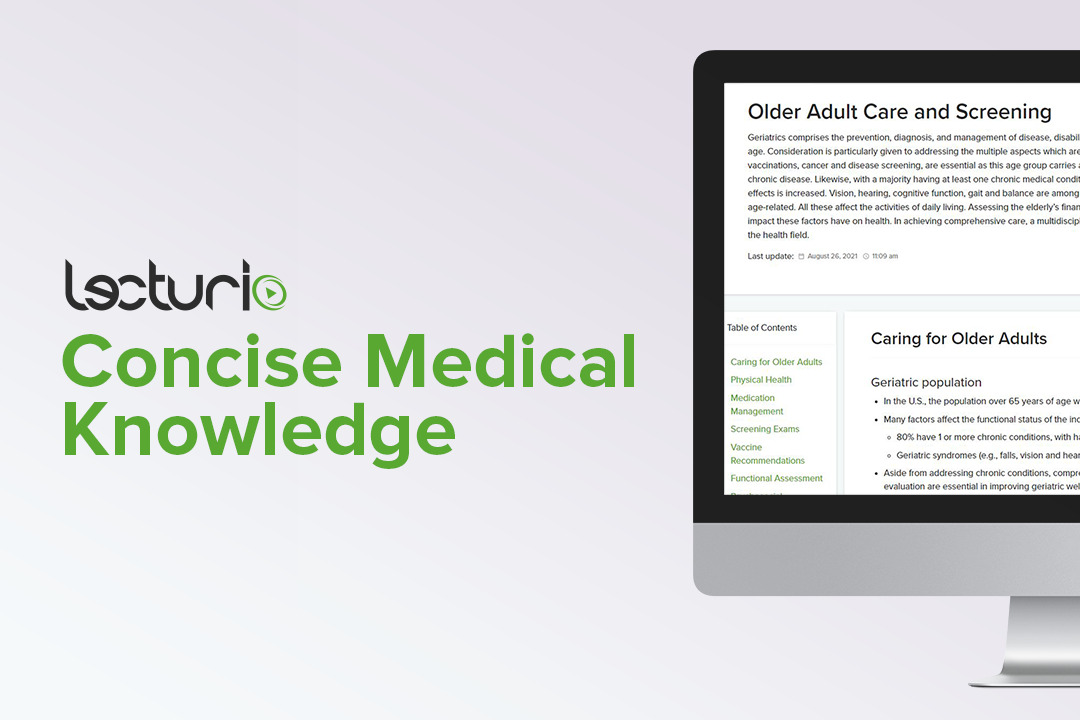 Older adult care and screening
Geriatric care includes the prevention and diagnosis of diseases, as well as the management of diseases, disabilities, and other health concerns in individuals ≥ 65 years of age. Special consideration is given when addressing multiple aspects that are specific to aging. Preventive measures such as vaccinations as well as cancer and disease screening are essential in this age group because of the high risk for infections and developing cancer and chronic diseases. A majority of older individuals have at least 1 chronic medical condition, which increases the likelihood of polypharmacy and adverse drug reactions. Vision, hearing, cognitive function, gait, and balance are among the functions that decline in the geriatric population. These disease- and age-related factors affect the activities of daily living. Assessing the financial and social resources of the elderly is also important, given the direct impact of these factors on their health. A multidisciplinary approach involving various professionals in the healthcare field is important in achieving comprehensive care for the elderly.
read more 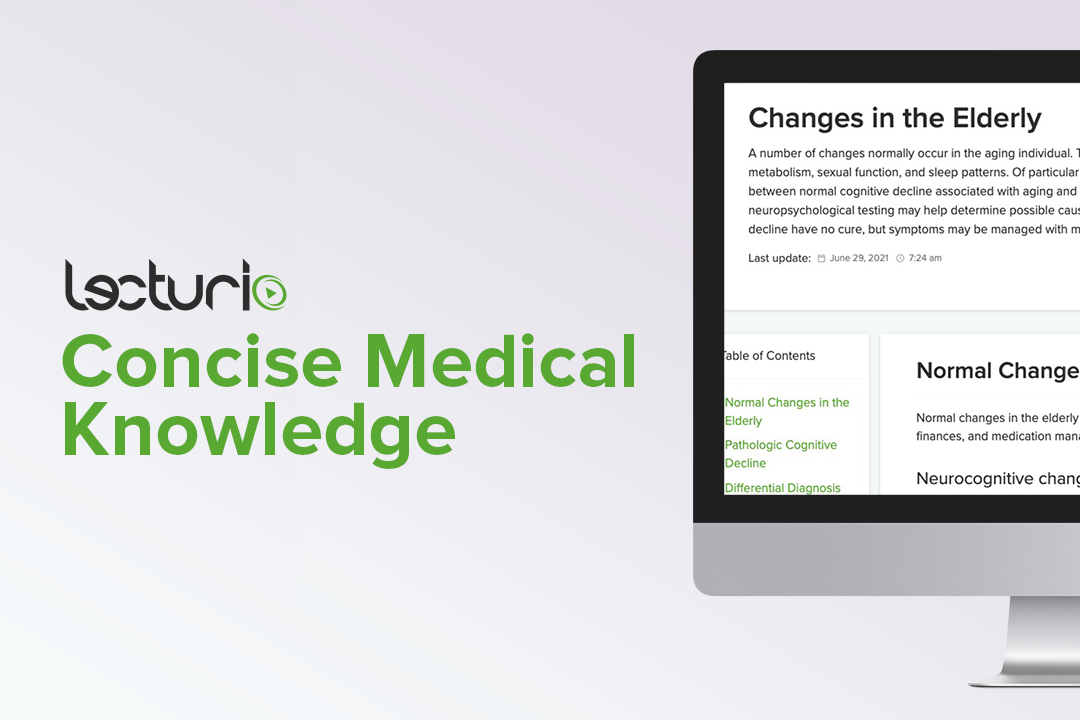 00:01 Let's consider the geriatric population now and psychiatry. 00:05 Medication is a very important topic to think about when we are talking about the elderly. 00:13 So you always want to try to subtract medications from your geriatric patient rather than adding medication on. This is a really important point and so I'm leading with it. 00:23 Be very careful about polypharmacy in the elderly individual. 00:28 But what is polypharmacy? Well, it's the use of 4 or more medications by a patient and it's most commonly occurring in the elderly. It affects about 40% of older adults and can lead to serious problems. Concerns about polypharmacy include increased adverse drug reactions. So the more medicines somebody's on, the more drug-to-drug interactions there gonna be, that are incredibly dangerous not to mention the side effects from the medication. Then there's this thing called the prescribing cascade, where in good faith, doctors will often tend to just keep adding a pill to treat a symptom but then a patient may get a side effect which requires another pill and so on and so forth and it's a terrible cascade that happens. 01:14 There's a lot of cause associated with prescribing multiple medications and it actually can lead to decreased quality of life for an individual, decreased mobility, decreased cognition and actually earlier mortality. 01:29 So the geriatric population is growing very fast in the United States and this group is just as susceptible to developing psychiatric disorders as anyone else. 01:40 Cognitive disorders and major depression are actually extremely common in the geriatric segment. 01:48 So when it comes to assessing an elderly patient, you wanna take the same approach as you do to other adults. Form a good therapeutic alliance, take a thorough history including a mental status exam and a very thorough medication list. Get collateral information. 02:06 Talk with the patient's children or their grandchildren. Call their previous providers whether it's a psychiatrist, therapist or primary care physician and do screening tests. 02:18 You wanna look into cognitive problems, depression, suicidal thoughts and also side effects to medication use. You also wanna be careful to check for abuse and neglect in this population. 02:30 Factors associated with normal aging include decreased muscle mass and increased fat, decreased brain weights, impaired vision and hearing and minor forgetfulness. 02:45 One problem for the elderly is that they're often confronted with mortality as they witness their friends dying and so it's pretty common for the elderly to go through grieving processes. Sometimes, more often than not. 03:01 So the stages of dying are as follows: First, there's denial, then anger, bargaining, depression and finally, acceptance. These are of course the stages of dying as defined by Kubler-Ross. 03:16 The stages of dying maybe experienced in any order and some of them can actually occur simultaneously, something to be aware of. 03:26 Another important point in the elderly is to consider depression. So we know they're prone to having depression. So let's define this again. Major depression is common in the elderly and they're actually twice as likely to commit suicide than the general population. 03:44 We see it in 15% of nursing home residents and symptoms include problems with memory and cognitive functioning. They can often be mistaken for dementia but of course, the correct term is actually pseudodementia which is major depression in an older person which presents looking like dementia. So patients may appear demented but in fact, you can treat the depression and thereby reverse their cognitive problems. 04:16 Depressed elderly patients will often present with physical symptoms such as stomach pain and memory loss. An important point to keep in mind.

The lecture Disorders and Treatment Considerations in the Elderly (Part 1) by Helen Farrell, MD is from the course Mild and Major Neurocognitive Disorders.

Which of the following is NOT a side effect of polypharmacy in the elderly?

Which of the following is NOT one of the stages of dying according to Kubler-Ross?

Which of the following statement is FALSE regarding major depression in the elderly?