Development of Tongue and Thyroid Gland 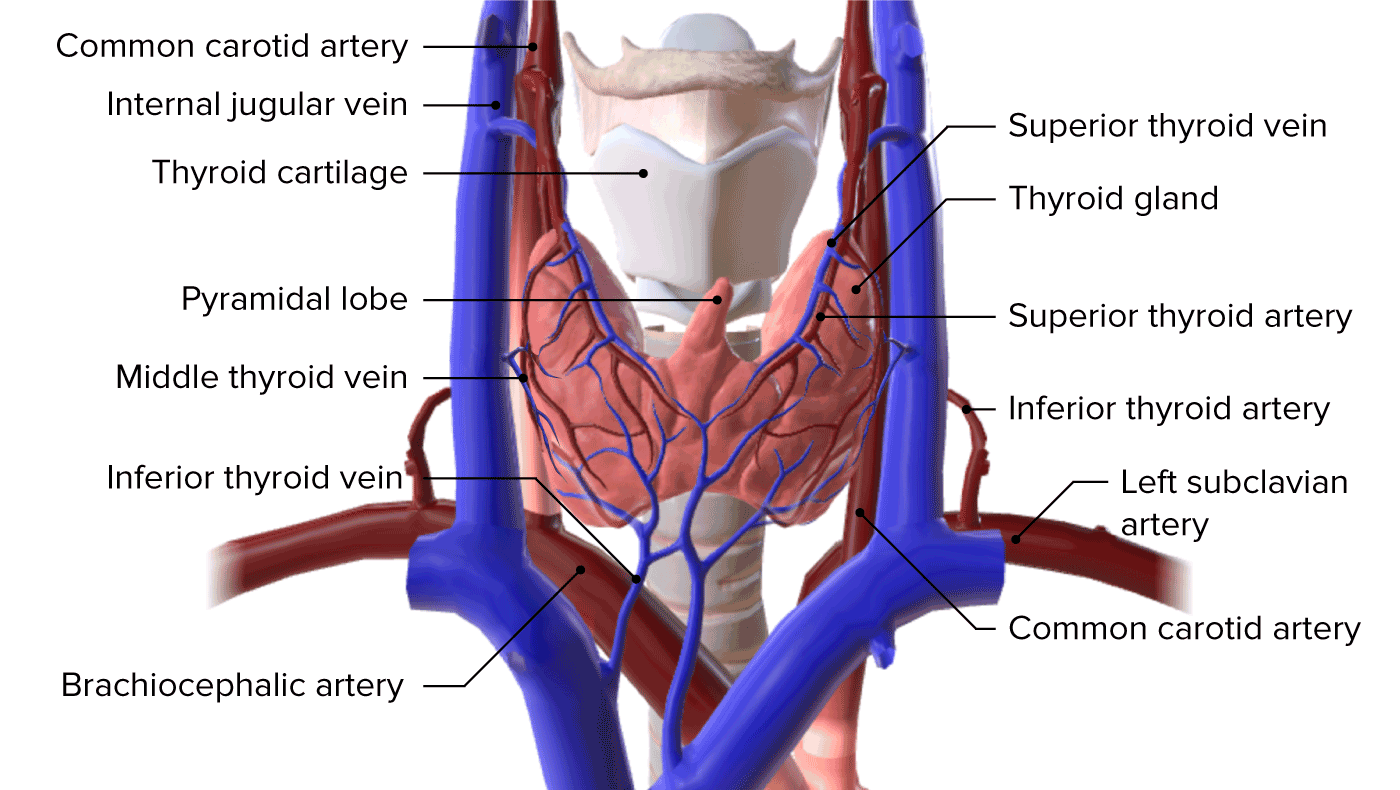 Thyroid Gland
The thyroid gland is one of the largest endocrine glands in the human body. The thyroid gland is a highly vascular, brownish-red gland located in the visceral compartment of the anterior region of the neck, spanning the regions between the C5 and T1 vertebrae and encircling the anterolateral trachea. The left and right lobes of the thyroid gland are connected by a central isthmus. Important processes in metabolism, growth, cardiac function, and calcium homeostasis are regulated by the thyroid hormones (thyroxine and triiodothyronine) and calcitonin.
read more
Load more
Share
Ask Questions
Take Notes
Download Slides
Report Mistake
Comments
show all Show less
My Notes
show all Show less
Learning Material 2
show all Show less
Report mistake
Transcript
0 of 0

The lecture Development of Tongue and Thyroid Gland by Peter Ward, PhD is from the course Development of the Nervous System, Head, and Neck. It contains the following chapters:

The motor innervation of the tongue is supplied by which cranial nerve?

The anterior 2/3rds of the tongue are derived from which pharyngeal arch?

What congenital condition occurs when the lateral lingual swellings fail to fuse?

What embryonic structure connects the foramen cecum to the developing thyroid gland?

Author of lecture Development of Tongue and Thyroid Gland

I never enjoyed a lecture about embriology like this before. love it!

I never enjoyed a lecture about embriology like this before. love it!