Development of Larynx and Large Airways 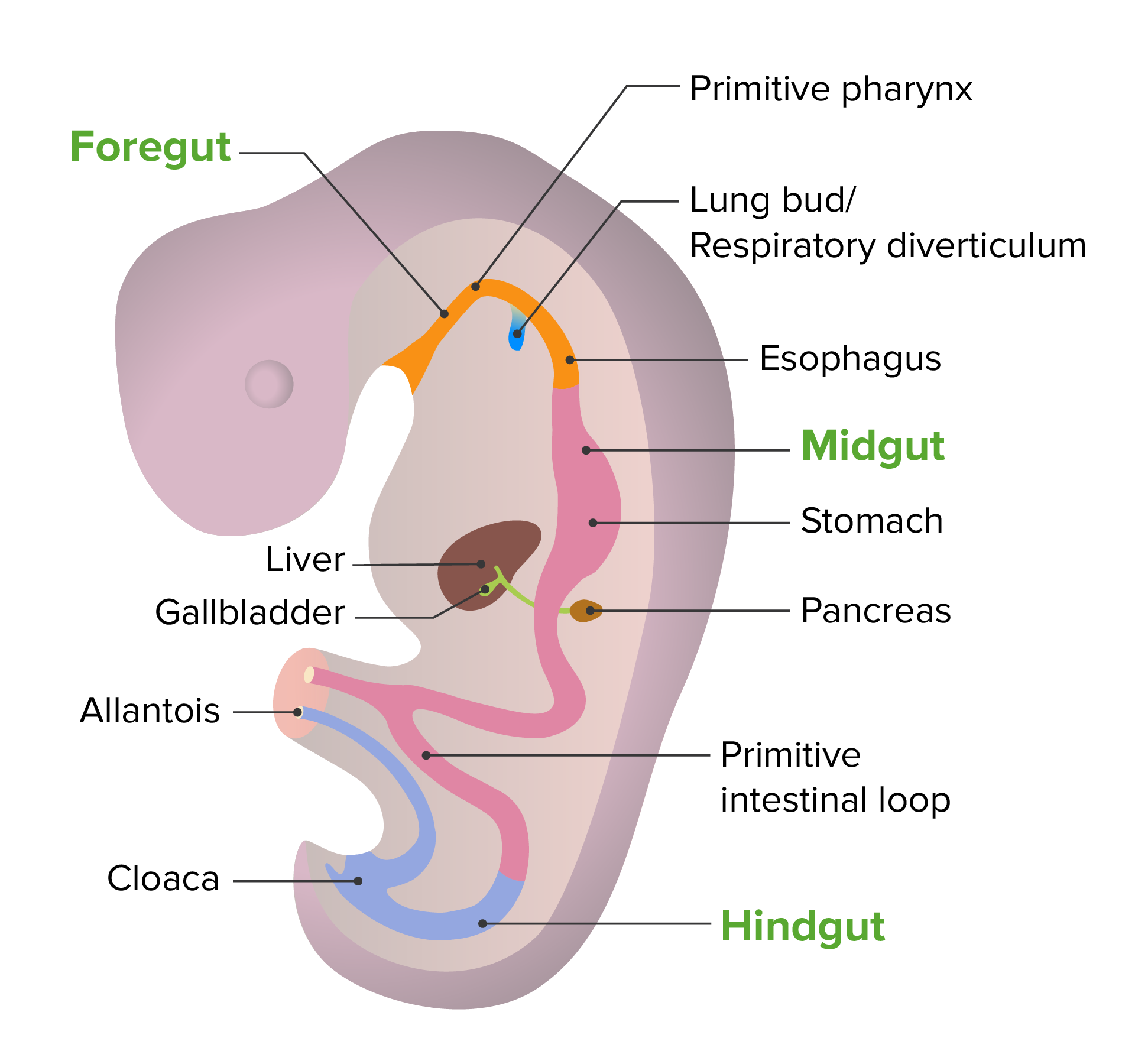 The respiratory diverticulum extends inferiorly and splits into the left and right primary bronchi during what week of embryonic development?

Failure of the laryngeal inlet to fully open will cause what condition?

What is the most common congenital anomaly of the upper airway?

Author of lecture Development of Larynx and Large Airways