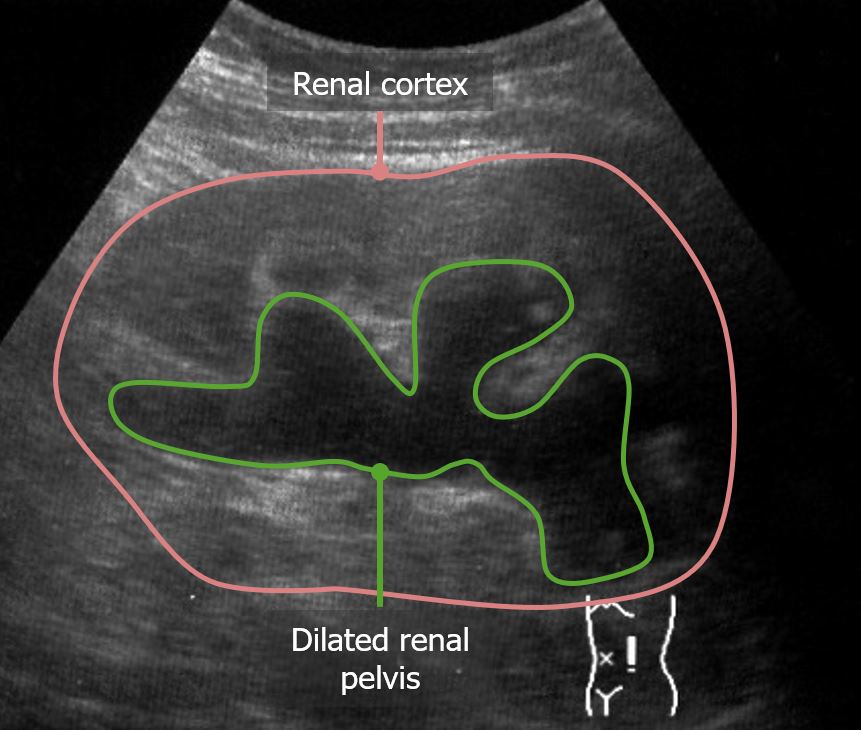 Chronic Kidney Disease
Chronic kidney disease (CKD) is kidney impairment that lasts for ≥ 3 months, implying that it is irreversible. Hypertension and diabetes are the most common causes; however, there are a multitude of other etiologies. In the early to moderate stages, CKD is usually asymptomatic and is primarily diagnosed by laboratory abnormalities. Regardless of the etiology, progression of renal impairment is common and can ultimately lead to end-stage renal disease and the need for renal replacement therapy (e.g., transplantation or dialysis). The management of CKD includes treating the underlying etiology, aggressive risk factor modification, and addressing complications such as fluid overload and electrolyte imbalances.
read more 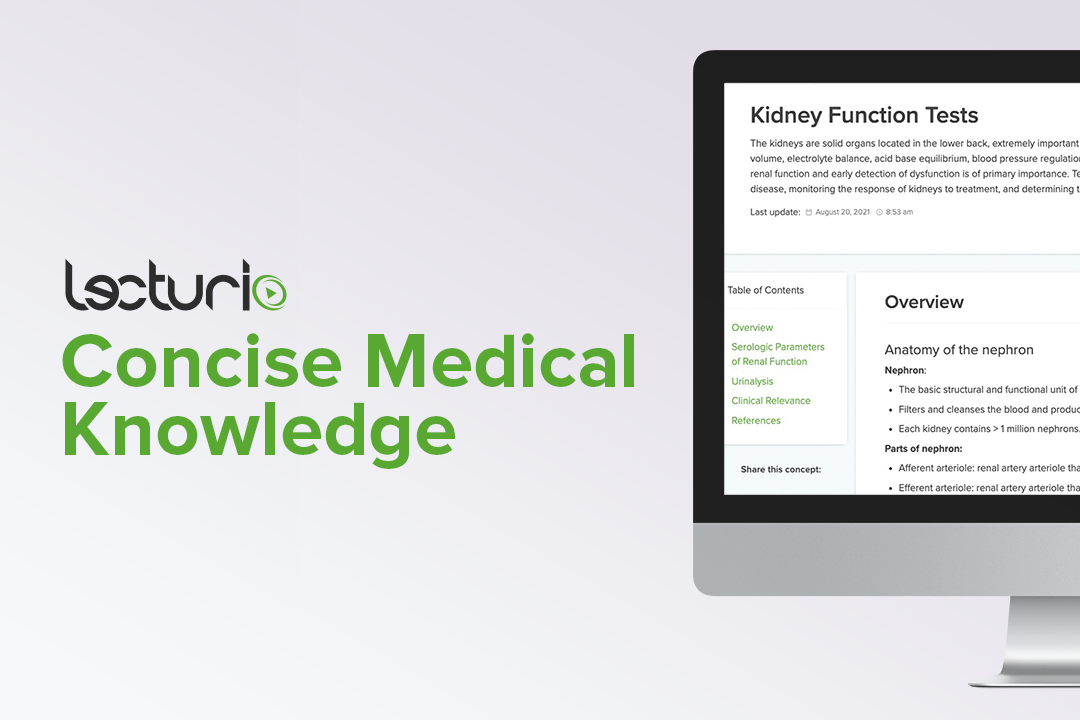 00:01 Okay, we have now officially completed our discussion of acute renal failure. 00:06 Our discussion now takes us into chronic renal failure. 00:09 One of the most common causes in fact would be diabetic nephropathy. 00:13 It is important that you absolutely know the stages of end stage renal disease, under the stages as we progress into one, two, three, four, and five. 00:23 We have killed our kidney. 00:26 So chronic renal failure as it progresses through one stages, one, two, three, four, and five, the later the stages, the kidney still has no chance of recovering, and your only choice at this point perhaps is a dialysis type of treatment or perhaps, even transplant. 00:43 Now, what we’ll do here is go into stage four and five. 00:47 Stage four and five of chronic renal failure, severe decrease in GFR, you can expect there to be hyperkalemia, hypertension, metabolic acidosis, things that we discussed earlier. 01:00 What is it called when you find these signs and symptoms with the chronic renal failure? Is that azotemia or is that uremia? That is uremia. 01:09 As we go into stage five, we have now officially entered end stage kidney disease, renal failure. 01:17 We have all the signs and symptoms of uremia. 01:20 Really, as far as your GFR, take a look at this, less than 15 and GFR normally is at 100. 01:27 It could get pretty massive in terms of death. 01:29 Okay, now, what are we going to walk through now? We’re going to walk through the patterns that you expect to find with the chronic renal failure. 01:38 The uremia if untreated, what does that mean again? Once again, maybe perhaps, you’re thinking about hypocalcemia, second hyperparathyroidism, renal osteodystrophy, I’ll talk about all this, not to worry. 01:49 You’ll find an increase in creatinine and your azotemia here. 01:53 While you have more of an increase in, well, your ratio is going to decrease but the creatinine will be elevated automatically and that becomes important for you to understand. 02:03 Remember, what’s your normal creatinine? 0.6 to 1.2, 6 and 12. 02:09 As your kidney starts dying and you get older, remember, the filtration of creatinine decreases. 02:16 That’s what you wanna keep in mind. 02:18 Your second order of testing is effective GFR, a disease group will be end-stage kidney disease, stage five. 02:25 Oliguria, what are you thinking about here? A couple of things. 02:29 Remember when we had acute renal failure and we had the initiation phase and the maintenance phase. 02:36 It was during that time where in acute renal failure, you did have oliguria. 02:41 Could you have oliguria with chronic renal failure? Sure you can. 02:44 What is the actual definition? Objectively, less than 400 milliliters per day of urine being produced. 02:50 Your second order of testing here would be BUN/Creatinine ratio. 02:53 It will be depressed here, and then, therefore, you’re thinking about acute kidney injury, most common cause, ATN ischemia. 03:02 Nonoliguria, in-patient. 03:05 Here, you find an increase in creatinine. 03:06 Here, you’re looking for that fractional excretion of sodium. 03:09 So your patient is nonoliguric but you’re suspecting acute renal failure, you are going to look for increased creatinine, in-hospital. 03:18 This is no joke. 03:19 Next, fractional excretion of sodium here is going to be - well, if it behaves like acute renal failure, it is then going to be increased, very important, and this then will put you in a group of acute kidney injury, in-patient. 03:33 Hematuria, with hematuria, well, the pattern here could be either nephritic or nephrotic, it’s usually nephritic. 03:43 You end up finding RBC cast as your objective measure. 03:47 Your protein here is going on 3.5 grams, while a renal biopsy, not poststreptococcal. 03:53 Puts you in a disease group of glomerulonephritis. 03:55 Now, hematuria for the most part is usually only seen with nephritic, but there’s every possibility that you might find it with nephrotic but the magic bullet point here is the protein urea being greater than 3.5 grams. 04:09 Make sure you spend a little bit time with this table and you go through what is my presentation, what’s the pattern that you’re going to expect, where is my patient, the objective measures, the second order of testing, and the disease group that this puts you in. 04:23 Presentation, well, if it’s edema, nephrotic syndrome, we talked about objective measure, nephrotic. 04:31 Second order testing, renal biopsy, not from minimal change disease or even diabetes. 04:36 Fever, costovertebral angled tenderness or pain. 04:42 CVA, costovertebral angled tenderness, pyelonephritis, we expect to find objective measured, and WBC cast, you’re thinking about neutrophils, you do a culture, culture, culture. 04:54 Pain, colicky type, this is not the costovertebral. 04:59 Here, you’re worried about your renal stones of calculus and we have imaging and hematuria, and this we’ll talk about and in the subsequent topic of nephrolithiasis. 05:10 Increased blood pressure, well here, pattern here, Renovascular hypertension, what does that mean? Maybe there’s a renal artery stenosis resulting in increased blood pressure, secondary type. 05:22 It could be a female less than 30, your diagnosis there. 05:26 Fibromuscular dysplasia greater than 50, what’s causing renal artery stenosis? Atherosclerosis. 05:34 In addition, what are you gonna look for? What are you gonna try to see is to whether or not it’s a primary or secondary? It’s a renal vein renin becomes important for us and for example, if you are thinking about decreased perfusion, you can expect there to be an increase in renin, don’t you? You expect the increase in plasma renin activity, renin vein or renal vein type of renin. 05:58 If it’s malaise, isolated lab, increased creatinine, here, maybe once again renal artery stenosis and fatigue. 06:07 And fatigue here to you should mean, oh, my patient, if it’s kidney related, it must be some type of normocytic anemia, non hemolytic, EPO, chronic renal failure. 06:19 Secondary diseases include your diabetes nephropathy, that’s huge. 06:23 And this would then have objective measures such as effective glomerular filtration rate and glomerulonephritides being caused by ANCA, other secondary causes such as something like your what we talked about with granulomatosis with polyangiitis and company.

The lecture Chronic Renal Failure by Carlo Raj, MD is from the course Tubulointerstitial Diseases.

What pathology should you suspect in a patient presenting with coarse granular, muddy-brown casts in their urine?

What clinical manifestation would you expect to find both in atheroemboli to the kidney and acute interstitial nephritis?

Which of the following are considered cutaneous stigmata of peripheral atheroembolism?

At which stage of chronic kidney failure would you expect to find symptoms?

What is the expected GFR in a patient with stage 4 chronic kidney failure?

What specific testing should you do after imaging in a patient with suspected renal artery stenosis?

At which stage of chronic renal failure would you expect to start seeing signs of uremia?

What is the expected GFR in a patient with stage 5 chronic kidney failure?

What specific testing should you do after urine analysis in a patient with suspected pyelonephritis?

What specific testing should you do after urine analysis in a patient with suspected glomerulonephritis?

At which stage of chronic kidney failure would you expect to find kidney damage with normal GFR?

Excellent and understandable! Not confusing at all and goes straight to the point!

Great, succinct, and well taught lecture. I did not find it confusing.

Excellent and understandable! Not confusing at all and goes straight to the point!

Great, succinct, and well taught lecture. I did not find it confusing.