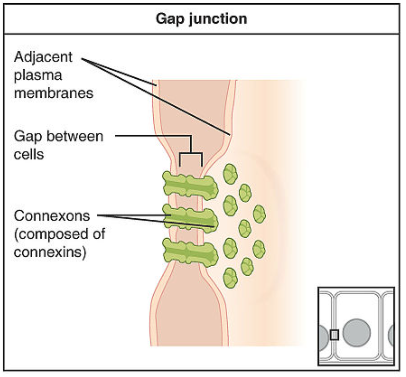 Cell Junctions
Cell junctions are proteinaceous structures that physically hold 2 surfaces (cell-to-cell or cell-to-matrix) together. Cell junctions aid in communication and structural support and act as a barrier. They are classified as occluding (tight junctions), anchoring (adherens, desmosomes and hemidesmosomes), and communicating (gap junctions). Type II hypersensitivity has been noticed with autoantibody production against the components of anchoring junctions, resulting in pathology such as pemphigus vulgaris and bullous pemphigoid.
read more

00:01 Alright, so, those are the cytoskeletal elements. 00:03 They give structure. They give function. 00:06 Now, we're gonna talk about how cells are held together and for the most part, we may be talking about epithelial cells but there are also similar connections in mesenchymal cells, cells like smooth muscle cells and fibroblast. 00:20 There are still cell-cell connections. 00:22 So, we're gonna talk about a variety of cell junctions and talk about where they are and what -- and how they're put together because there are diseases that are associated with these particular details. 00:34 So, the tight junction, we've already mentioned previously. 00:38 This is how we tell the top or apical part of the cell from the bottom or the basolateral part, portion of the cell. 00:44 There are complex of proteins that are relatively impermeable to anything larger than a water molecule and ions and things do not go across those. 00:55 So, it's a relatively tight junction. 00:57 Okay, so, we have homotypic interactions of those proteins. 01:01 Then, there are junctions not designed to tell top from bottom but basically, to hold the cells together. In an epithelium in particular, the integrity is really important. 01:12 When I pull up my skin, I don't pull it apart because of adherens junctions because the cells are connected one to the other. 01:19 This happens at adherens junctions by cadherins. Good name. 01:25 It's a cellular adherens and it's basically allows like-proteins to interact across the gap between cells so they have that interaction and then, they're connected to the cytoskeleton. 01:39 They're connected to actin filaments. 01:41 So, with those tension elements, the actin filaments, as I pull up or pull on those, I am pulling those molecules but they don't rip apart because there are so many of them in a sequence adherens junctions. 01:56 There are then also spot-welds. 01:58 These are called desmosomes and they are another class of cadherins, another cellular adherens protein that are in these little spot-welds. 02:08 It's like taking a little piece of glue and putting it together. 02:11 There's a homotypic interaction of those proteins and those desmosomes are connected by intermediate filaments. 02:18 So, it's not the actin, it's intermediate filaments. 02:21 There's still tensile strength in that. 02:24 Further down in the membrane, we've talked about this in a previous topic discussion. 02:28 That's the gap junctions. 02:29 And these are not really involved in holding cells together but they are involved in communicating from one cell to the other through those connexons, those pores that allow small molecules to move. 02:42 Now, you may not think that these various junctions, the tight junction, the adherens junction and the desmosome are communicating but in fact, they are because of the mechanical connection with the cytoskeleton and pulling out a cell over here will in fact impact the cell over here because of the mechanical interconnectivity mediated through actin and intermediate filaments. 03:08 It's just not a matter of connecting cell to cell. 03:13 We have to connect cell to the basement membrane or a cell to the extracellular matrix and we have hemidesmosomes. 03:20 So, half of a desmosome with similar proteins that are connected to the basement membrane or to the extracellular matrix and connected to the cytoskeleton. 03:31 So, we have a way to have cells connected. 03:33 And they're not just little glue or they're not like velcro. 03:37 They in fact, if we pull on the cell, we can induce signaling through those proteins that are interacting with the extracellular matrix. 03:46 So, these may be associated with actin as shown on the left or with the intermediate filaments on the right.

The lecture Cell-cell Junctions and Cell-matrix Junctions by Richard Mitchell, MD is from the course Cellular Housekeeping Functions.

Which of the following facilitates the attachment of basal cells to the underlying basement membrane?

Which of the following best describes tight junctions?