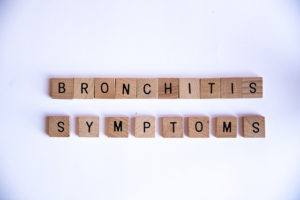 Chronic Bronchitis — Symptoms and Treatment
Chronic bronchitis is characterized by expectoration for a period of more than three months, in more than two consecutive years. Chronic irritation caused by smoking promotes hyperplasia of mucus glands and increases the production of mucus. Central and peripheral airways are involved in the pathophysiology of the disease and it includes inflammation, oxidative stress, inhibited repair processes, and an imbalance of proteinases/anti- proteinases. This article will prepare you perfectly well for your next exam!
read more
Load more
Share
Ask Questions
Take Notes
Download Slides
Report Mistake
Comments
show all Show less
My Notes
show all Show less
Learning Material 2
show all Show less
Report mistake
Transcript
0 of 0

00:01 So bronchitis is the first form of lower respiratory tract infections that we are going to discuss. That’s a bacterial or a viral infection of the trachea or the bronchi. It causes the inflammation of the trachea or the bronchi, and the consequence of that is that you cough and also you produce phlegm, and generally speaking, we would say that if the phlegm is clear in color there is not a bacterial infection, but if the phlegm is green, gunky and thick then it’s likely to be due to a bacterial infection. There is a wide range of viruses and bacteria that cause this and they are listed here. The important things here are that actually the viruses are very much the same as the ones that cause the common cold, it’s just that infection has gone further down into the respiratory tract than just the common cold by itself. The bacteria are the standard bacterial pathogens that we see repeatedly during lung infections but just infecting the lower airways but not the alveoli in these situations. Pneumoccocus, Haemophilus influenzae, Maraxella catarrhalis, and then there is these atypical pathogens Mycoplasma pneumoniae, Chlamydophila pneumoniae, which behave in fact much more like a virus than a normal bacterial pathogen. So the symptoms if you have a tracheobronchitis is that you have cough, you have phlegm production, as a said purulent phlegm tends to suggest a bacterial infection, and again it’s an infection, so you get some systemic symptoms, you have fever, you feel unwell, you go to bed for a couple of days or so. And when you examine the patient there aren’t many signs, pyrexia, maybe a little bit of a tachycardia, but there will not be much in the way of lung signs, not unless there is an underlying lung disease. Because tracheobronchitis itself, because it hasn’t reached the alveoli, you are not going to hear it when you listen to the lungs. And again, like upper respiratory tract infections most patients don’t need any investigations. Occasionally if you're worried that this might be a pneumonia, and that is the main differential diagnosis, you might need to do a chest X ray or blood test to look for inflammatory markers such as C-reactive protein. And the treatment, for most people is actually just to wait and let them get better. If it’s a bacterial infection you may want to give antibiotics. So in patients who have purulent phlegm or are severely unwell really quite, feeling pretty rotten, or older patients where the risk of allowing a bacterial infection to get hold and become a pneumonia is increased, then you might want to give antibiotics in those circumstances and you won’t need anything too complex amoxicillin, clarithromycin, or doxycycline, should be adequate to treat these patients. 02:30 A very important consideration is that the bacterial tracheobronchitis is a very common cause of an exacerbation of chronic lung disease. So this type of infection will cause the underlying lung disease to get worse in patients who have, for example COPD, or asthma, or bronchiectasis and that means the patient will have increased airways obstruction and that will precipitate hostile remission in a significant proportion of patients, with increased breathlessness and potentially respiratory failure, and I discussed the infective exacerbations of COPD in another lecture but there is a 9% mortality associated with these infective admissions to hospital. So in these circumstances treatment with antibiotics or if it’s Influenza A infection, a neuraminidase inhibitor is probably going to be very beneficial for the patient and of course you need to treat the underlying lung disease. So that’s a situation where the infective exacerbation of the underlying lung disease has been precipitated by a bacterial infection of the trachea and bronchi.

The lecture Bronchitis by Jeremy Brown, PhD is from the course Infections of the Respiratory Tract.

A 35-year-old woman presents with a three day history of cough productive of small amounts of phlegm. What sign should make you suspect this is pneumonia rather than a bronchitis?

Which of the following chronic conditions can exacerbate a lower respiratory tract infection warranting preemptive treatment to avoid potential complications?

A 16-year-old male presents with a history of productive cough and low grade fever. He was previously healthy and does not suffer from any chronic ailments. He is diagnosed with tracheobronchitis. What is the next step in management?

When a patient is diagnosed with acute bronchitis., which of the following investigations is usually performed in order to rule out an accompanying pneumonia?

Dr Jeremy make it very simple and very clear for the students.

Dr Jeremy make it very simple and very clear for the students.