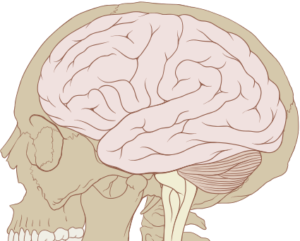 Hypothalamus, Brain Stem, the Circumventricular Organs (CVOs) and the Cerebrospinal Fluid (CSF)
The Hypothalamus is located below the thalamus. The brain stem, consisting of midbrain, pons and medulla oblongata follows, connecting the superior brain structures with the spinal cord. A clear, colorless liquid flows in the brain as well as in the spinal cord – the cerebrospinal fluid. Its functions and clinical relevance will be discussed in this article along with the functions of the different circumventricular organs.
read more
Load more
Share
Ask Questions
Take Notes
Download Slides
Report Mistake
Comments
show all Show less
My Notes
show all Show less
Learning Material 2
show all Show less
Report mistake
Transcript
0 of 0

00:01 Well let us move on and look at the brain. Only certain parts of the brain are going to be described. First of all, when we look at the brain as we see in the left-hand image here, this is the part of the brain or at least it is the brain has been sectioned horizontally. You are looking at a horizontal section through the whole brain whereas on the right-hand side, you can see the brain that has been sectioned mid-sagittal, it has been cut down the center. So you see the top part and the bottom part and even part of the spinal cord. But what I want to bring to your attention is the gray matter of the brain is actually on the outside, whereas remember, in the spinal cord it was that H or butterfly-shaped structure on the inside surrounded by white matter. In the brain, it is the other way around, the white matter is internal to the gray matter. Now if you look very very carefully in these sections through the brain, the one that's taken horizontally, you can see some gray matter or grey stained components within embedded in the center of the brain, embedded in the center of the white matter. They are called nuclei. 01:22 And this is a nucleus in the brain that is called the thalamus. Now, when we refer to the cerebral cortex and also the cerebellar cortex, we really mean the gray matter of the brain. This is a cerebral cortex shown on the right-hand side that happens to passes the frontal lobe of the brain and there is a cerebellar cortex at the back or base part of the brain. 01:51 They are two different components of the brain, two very important major regions of the brain. 02:00 Notice that cerebral cortex is very folded and so it is the cerebellar cortex. It is a way of making sure that there is a massive surface area for all the cortex to have many many neurons that are going to perform very important functions. So then the gray matter is on the outside and the white matter is on the inside of the brain. And on the right-hand side, you can see a microscopic image of a region taken through the gray matter and the white matter or the cortex as well. Again remind yourself that a nucleus is a massive gray matter within the white matter of the brain. But now on the right hand side of the cortex, now try and find a region that is gray matter. That region labeled there is on the edge of the brain surface. The surface of the brain is that white clear area in between that brain tissue. You are looking between one of these major convolutions or increased surface area regions of the brain. The white matter is internal as I've emphasized a couple of times. 03:19 So let us have a look inside that gray matter. Shown here on the left hand side is the cortex and the dark brown region is a layer of cells that are very important, a layer of neurons and they are called the pyramidal cell. And they're cells within the gray matter that talk to the ventral horn cells in the spinal cord. They are the ones that initiate the ventral horn cells to bring about contraction of skeletal muscle. Neuropil refers to the part of the neural tissue that is occupied by unmyelinated axons, by dendrites and by glial cells. 04:08 So I just put that word up there just so if you hear it again or I mentioned it again in subsequent lectures and it refers to those supporting components of the tissue. The glial cells plus also dendrites and unmyelinated axons. The real focus is the main neuron and in this case it is a pyramidal cell. Well this is the cerebral cortex taken in this mid-sagittal section, we looked at the section through one of those convolutions or one of those gyrus they call, the folded portions of the cerebral cortex. Now let us have a look at the cerebellar cortex. Cerebellar cortex is shown, when viewed with a microscope, on the right hand side, stained to show the white matter and also the gray matter. 05:04 The gray matter remember is on the outside of this very very complex folded cortex. And if we look inside that gray matter on a higher magnification, we can see that within the gray matter, there are a number of layers of neurons. The cerebellar cortex is made up of three different layers of cells and the most important one is the Purkinje layer in the center. That Purkinje cell layer is a layer of cells that has an enormous dendritic branching pattern. 05:39 It receives a lot of information from other parts of the brain and then sends its message via one axon further on. So they are just examples of some of the very complex neurocomponents of the brain, the cerebral cortex and the cerebellar cortex.

The lecture Brain by Geoffrey Meyer, PhD is from the course Nerve Tissue.

Which of the following statements regarding the brain is NOT correct?