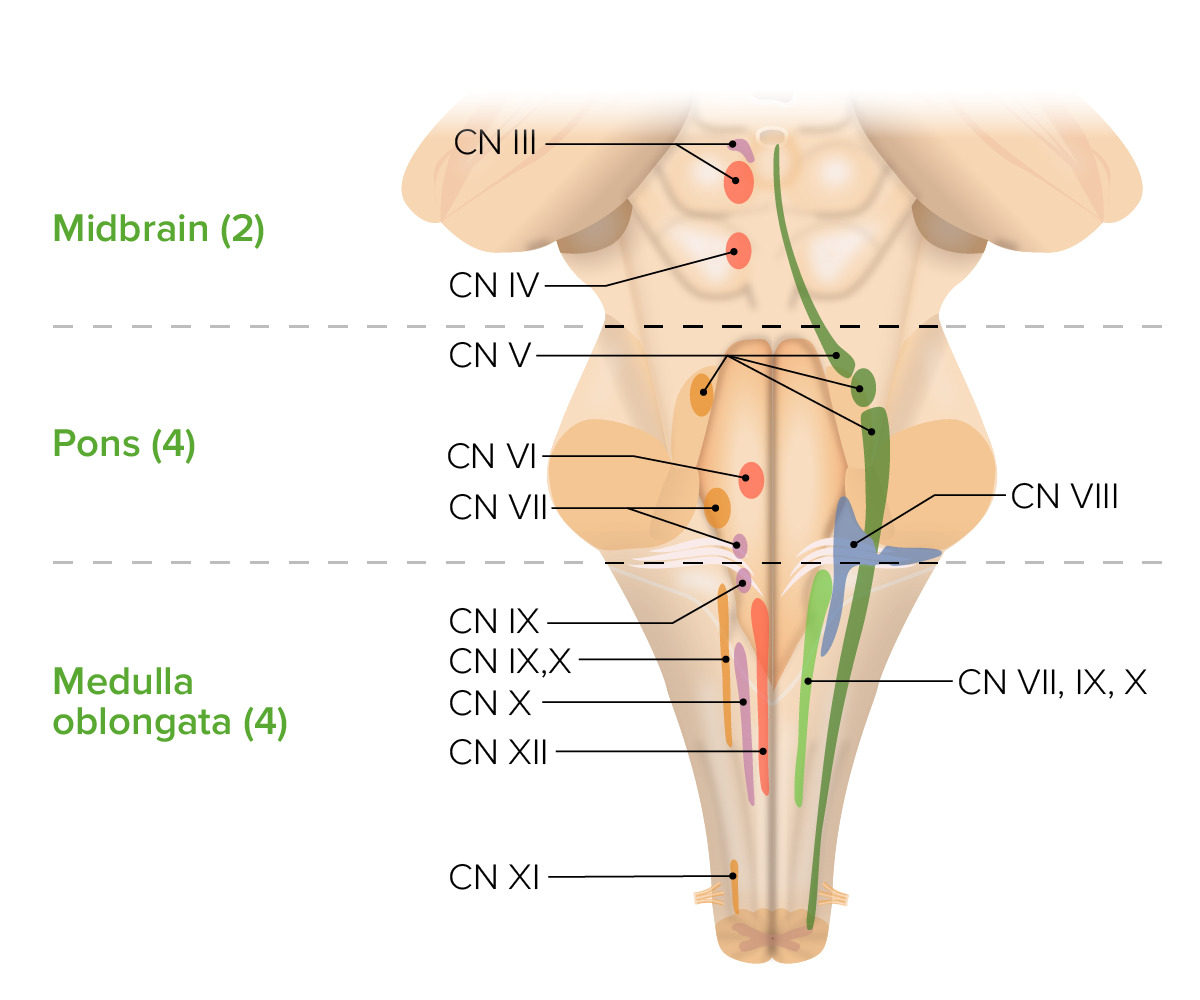 Brain Stem
The brain stem is a stalk-like structure that connects the cerebrum with the spinal cord and consists of the midbrain, pons, and medulla oblongata. The brain stem contains many nerves, pathways, reflex centers, and nuclei and serves as a major relay station for sensory, motor, and autonomic information. All cranial nerves, except I and II, originate from the brain stem. The brain stem also plays a critical role in the control of cardiovascular and respiratory function, consciousness, and the sleep-wake cycle.
read more
Load more
Share
Ask Questions
Take Notes
Download Slides
Report Mistake
Comments
show all Show less
My Notes
show all Show less
Learning Material 2
show all Show less
Report mistake
Transcript
0 of 0

The lecture Brain Stem Components: Midbrain, Pons and Medulla Oblongata by Craig Canby, PhD is from the course Brain Stem. It contains the following chapters:

Which of the following statements about cranial nerve nuclei is most accurate?

Which of the following muscles is innervated by the trochlear nerve?

good summary and clear presentation with those details are often missed in other review lectures. Good job.

okay lecturer but not captivating
By Thomas R. on 07. May 2017 for Brain Stem Components: Midbrain, Pons and Medulla Oblongata

good summary and clear presentation with those details are often missed in other review lectures. Good job.

okay lecturer but not captivating
By Thomas R. on 07. May 2017 for Brain Stem Components: Midbrain, Pons and Medulla Oblongata