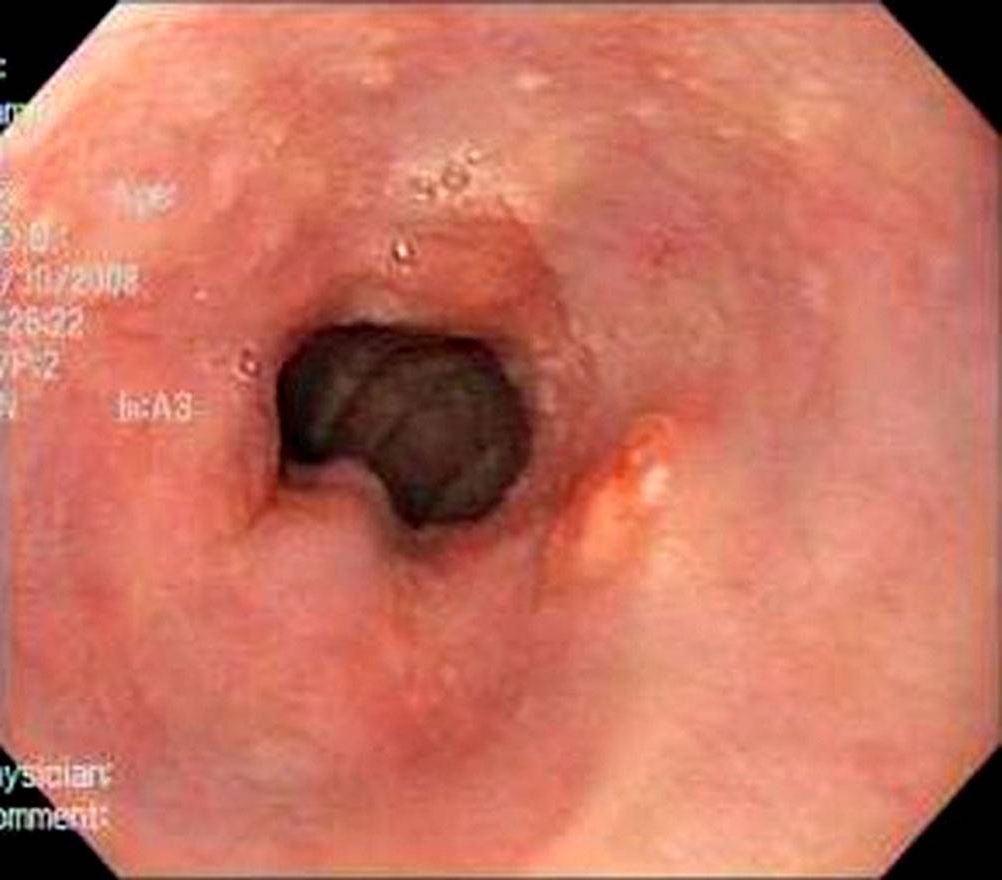 00:01 Then after that, you take the appropriate steps to properly manage your patient with GERD because you are worried about Barrett’s esophagus. 00:09 Barrett’s esophagus would be the beginning stages or excuse me, it would be the confirmation that metaplasia is taking place. 00:20 But this is not cancer, is it? Mmm-mm. 00:23 So this is reversible? That is correct. 00:25 Lifestyle modifications could reverse the metaplasia. 00:29 So what is Barrett’s esophagus? It is replacement of the normal histology of the esophagus, which is squamous and because of the reflux, I understand that the esophagus wants to do everything in its power to protect itself against the reflux of this acid with a pH of 2.0 You cannot do this with squamous cells. 00:53 So you have metaplasia into columnar, associated with long term acid exposure. 00:58 And as the Barrett’s esophagus persists, and the reflux is not properly controlled, you are in fact worried about dysplasia and worst case scenario; you’re worried about developing adenocarcinoma. 01:13 Where? Down in the distal esophagus. 01:16 What kind of dysphagia would this be? It would be progressive solids first, then liquids. 01:24 Treatment for Barrett’s usually consists of long-term acid suppression through an indefinite usage of a PPI, though it should be noted that research evidence does not show this lowering the risk of cancer. 01:35 Additionally, patients with Barret’s should be closely followed with regular endoscopy, and may require other procedures such as endoscopic ablations. 01:43 Let’s take a look at reflux esophagitis. 01:47 You’ll notice on the left here, that the areas that are more reddish or erythematous, will be areas in which there was reflux taking place and there’s inflammation of the esophagus. 02:00 It looks rather coarse in nature. 02:02 And on the right, you’ll notice now that these are Barrett tongues. 02:07 Mean to say that you have replacement of your squamous, which is more or less on the perimeter of this endoscopic examination. And the middle would be more of your columnar type of metaplasia. 02:20 You do not have the smooth type of histology that you would expect with uniform nature of your esophagus, in both of these instances.

The lecture Barrett's Esophagus by Carlo Raj, MD is from the course Esophageal Disease.

Which statement about Barrett's esophagus is NOT true?

No mention of ongoing follow up and grades of barrett's

No mention of ongoing follow up and grades of barrett's