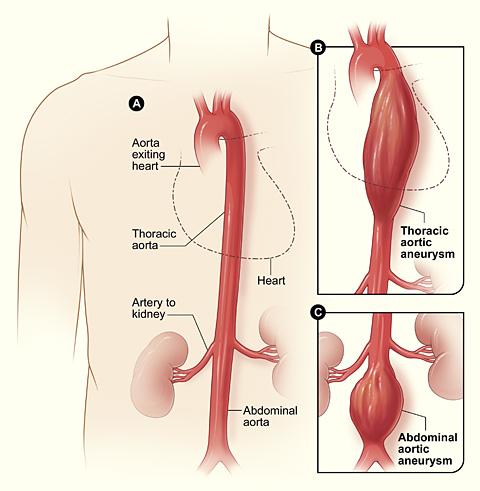 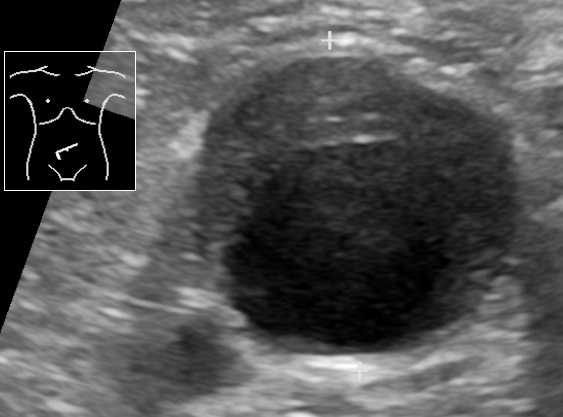 00:01 So this is an introduction of a man who has had a catastrophic event in his abdominal aortic aneurysm. It has started to rupture. This can lead to hemorrhage and be fatal if not taken care of urgently either with surgery or with angioplasty with a placement of a stent. 00:21 So what is the definition of an aneurysm? An aneurysm is an abnormal dilation of a blood vessel to greater than one and half times its normal size. The normal size of the aorta is between 3 and 3.5 cm depending on the size of the person. When one sees these with an ultrasound sometimes there is actually clot in them and sometimes that clot can embolize and cause problems in the peripheral arterial system of the legs. Commonly, an abdominal aorta is usually approximately just 2 cm to 3 cm in diameter. When it gets to 3 to 3, we are really talking about an aneurysmal dilatation of the abdominal aorta. Sometimes since the wall of the aorta is weakened, a tear can develop and you can have a dissection starting from the point of the aneurysm. Size and location may vary. One can have aneurysms of the aorta in the chest. One can have aneurysms of the abdominal aorta and there can be aneurysms of peripheral arteries that can also rupture. For example, femoral artery aneurysm or popliteal artery aneurysm. 01:40 Here we see a little cartoon. First of all the normal aorta with its intima, the inner lining the endothelial inner lining, the media which is the smooth muscle layer, and then the adventitia which holds the blood vessel in place. You see here a true aneurysm in which there is a bulge from the vessel wall and in fact often the bulging part of the vessel wall is thinned and abnormal in structure. However, the wall remains in place. In a false aneurysm rupture has already occurred and only thing preventing blood from escaping from the aorta is a clot or some fat and fibrous tissue that is formed. This is called a pseudoaneurysm and the outer layer is not containing the vessel wall. It's containing clotted blood and sometimes some fibrous, some scar tissue. These are very likely to rupture they are an urgent reason for either surgery or angioplasty. 02:51 Here are two example of thoracic aortic aneurysm. In the first form, the saccular or berry just like berry, the fruit, is a little bulge off the side of the aorta. Berry aneurysms can also occur in the blood vessels of the brain and when they rupture they are often fatal because brain haemorrhage, cerebral haemorrhage is a very, very serious and frequently fatal condition. You can see that the little berry aneurysm, the little sac there, that pouches out from the ascending aorta just a above the aortic valve appears as a little round nubbin on the aorta. This is in comparison to the fusiform aortic aneurysm in which the entire circumference of the aorta is involved as opposed to a little nubbin sticking off. 03:46 The entire ascending aorta is dilated in this little cartoon that shows a fusiform aneurysm. 03:57 The widening of this part of the entire blood vessel contains blood vessel wall. There is no rupture here but there is weakening and often thinning of the vessel wall in both of these forms of aneurysms. So because of these weakening they are at increased risk of rupturing. And of course rupturing can lead to fatal internal hemorrhage. 04:22 Let's look at the abdominal aortic aneurysm because that is the most common as we will talk about in a moment. It is an exceedingly common event particularly in elderly folks who have atherosclerosis. The abdominal aortic aneurysm often referred to as a AAA occurs in the abdominal aorta, the overwhelming majority of them 85% to 90%, occur below the kidney. 04:49 So below the renal artery. They are diameters again as we said before greater than 3 cm and generally when they get beyond 4 cm in diameter there is a high risk of rupture. 05:06 Remember that the normal-sized aorta is 2 cm on average, 2 cm to 2.5 cm depending on a person’s size so that when the aorta gets to 3 it is clearly an aneurysm, and when it gets to 4 there is a high risk of rupture. And aortic dissection on the other hand is not so much a thinning of the wall and a widening of the aorta but an actual tear in the inner lining of the aorta allowing the blood in the channel, in the lumen of the aorta or other blood vessel to get into the wall of the aorta. And in the sense just like a surgeon dissects with a finger, the blood passes down through the wall of the aorta and sometimes breaks out again through the outer wall leading to a hemorrhage which is frequently fatal. This is a very serious medical emergency requiring urgent medical or angioplasty repair because ruptures are very, very high risk. It can partially heal itself with a false aneurysm that is with a clot but it is still high risk to go on at a later date and rupture with fatal hemorrhage. And again a dissection results from a tear that starts in the intima, giving the blood access to the internal layers of the aorta and forcing them apart and of course, there can be fatal hemorrhage with this. There is a very high risk of fatal hemorrhage.

The lecture Aortic Aneurysm: Definition by Joseph Alpert, MD is from the course Arterial Diseases.

Which of the following best defines an aneurysm?

An abnormal widening of an artery is generally regarded as an aneurysm when it is greater than what percent of the vessel's normal diameter?

A clot in the abdominal aorta most commonly embolises to which of the following areas of the body?

Which of the following best describes a pseudoaneurysm?

What is the normal upper limit for the diameter of the abdominal aorta?