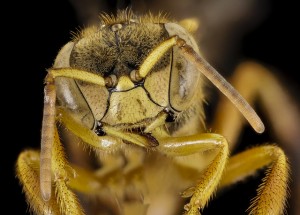 Anaphylactic Shock (Anaphylaxis) — Symptoms and Treatment
The typical situation of an anaphylactic emergency: as an emergency physician you are called to a child who was stung by a wasp while playing in a swimming pool. When you arrive, the little patient is barely conscious, the skin is red and covered with welts. The carotid pulse is barely palpable. The connected ECG shows a tachycardia of 180/min. In addition, you recognize a strong wheezing and humming in all lung sections. The diagnosis of anaphylactic shock is made quickly. But how do you react properly in this situation? And what are the causes of this disease? Answers can be found here.
read more
Load more
Share
Ask Questions
Take Notes
Download Slides
Report Mistake
Comments
show all Show less
My Notes
show all Show less
Learning Material 2
show all Show less
Report mistake
Transcript
0 of 0

00:01 Now, we're gonna talk about anaphylaxis. 00:06 So the exact incidence of anaphylaxis is not known but it’s a pretty common problem and actually there's evidence that the incidence of allergic disease across the board and anaphylaxis in particular are increasing. 00:20 There's about 1.500 fatal cases per year in the US but it’s not known how many additional cases beyond that present to Emergency Departments around the country because it's only a tiny minority of patients who will die from anaphylaxis. 00:34 Anaphylaxis is often misdiagnosed and its often undertreated even when it is correctly diagnosed and we're gonna talk about the correct way to treat it so that doesn't happen to any of our patients. 00:45 Its most common in patients who have some kind of history of allergic disease. 00:50 So they're atopic, they have asthma, they have eczema, seasonal allergies, any of those kind of things, you wanna think about a higher risk of anaphylaxis. 01:01 There are a lot of triggers that are commonly described for anaphylaxis. 01:06 Foods represent about a third of total cases of anaphylaxis, and nuts in particular both peanuts and tree nuts are very common triggers for anaphylaxis. 01:17 Insect stings are also a common cause. 01:20 Most common are the bees and wasps but there are other classes of insects that can produce anaphylaxis as well. 01:29 Drugs are a common cause. 01:31 Antibiotics, aspirin, and non-steroidal anti-inflammatory drugs are the most common ones but any drug can potentially reduce an allergic reaction. 01:41 Latex is a common cause. 01:43 We've largely gotten that out of our hospitals in the US, but certainly, there are settings in which patients who are sensitized might be exposed. 01:51 And then radiocontrast agents, especially CT contrast dye can produce anaphylactic responses in some cases. 01:59 The really alarming thing though is more than half of patients have no identifiable trigger for their anaphylaxis. 02:07 So they come in, they're anaphylaxing and you don't actually know what they are reacting to, which is obviously alarming for the patient because you can't tell them what to avoid to prevent it from happening again. 02:20 There are specific diagnostic criteria for anaphylaxis. 02:25 Its considered to be highly likely that anaphylaxis is occurring if the patient meets any one of these three criteria. 02:33 So one, they have an acute onset of illness involving the skin plus either respiratory symptoms or cardiovascular symptoms. 02:42 So skin plus lungs or heart, equals anaphylaxis. 02:47 The second criterion is likely allergen exposure plus two of the following symptoms: involvement of skin, respiratory compromise, cardiovascular compromise or GI symptoms. 03:02 So you think it’s an allergen and they have two or more organ systems involved, think about anaphylaxis. 03:10 The third criterion is hypotension. 03:11 If your patient is hypotensive following exposure to a known allergen, not just something that you think they might potentially be allergic to, but something they've definitely either reacted to or tested positive for in the past, then that's also a manifestation of anaphylaxis. 03:28 Now, these are national expert guidelines for diagnosing anaphylaxis. 03:34 They're very useful and reliable but they're a little bit complicated. 03:37 An easy way to remember anaphylaxis is basically, if you have allergic symptoms plus compromise of airway, breathing or circulation, you should be thinking pretty hard that your patient is in anaphylaxis. 03:52 So what's the pathophysiology? Well very simply, initial exposure to some sort of antigen causes the body to form IgE antibodies. 04:05 Subsequent exposures, once those antibodies have been formed, cause immediate release of inflammatory mediators from mast cells, particularly histamine. 04:14 And those inflammatory mediators are what produce the anaphylactic reaction. 04:20 So mediators again, histamine is the number one, but mast cells are involved, basophils, prostaglandins, leukotrienes, cytokines, there's — it’s a very complex cascade that ultimately produces the clinical anaphylactic reaction. 04:37 So again, initial sensitization occurs when you're exposed to an allergen. 04:43 The B-cells in particular are exposed to the allergen and they produce IgE antibodies. 04:49 Those IgE antibodies bind to the surface of mast cells or basophils. 04:54 Now, any subsequent exposure to the same antigen is gonna cause these preformed antibodies to bind on to the relevant cell types and degranulate, releasing all of those inflammatory mediators, especially histamine which increase the permeability of capillaries and causes all of the clinical symptoms that you see at the bedside with the patient. 05:20 So there are a lot of different organ systems involved. 05:23 Skin is by far the most common. 05:25 So up to 90% of people with anaphylaxis will have some degree of skin involvement and urticaria and hives is the most common manifestation, though patients might simply be itchy, they might have flushing, or they might have angioedema or swelling, particularly in the highly vascularize parts of the body like the face. 05:45 On the pulmonary side, 70% of patients have some degree of pulmonary involvement which most commonly affects either the airway or the lungs. 05:54 So from an airway standpoint, you can have stridor, that's that high-pitched inspiratory sound that occurs when you pull air past an obstructed airway. 06:06 You can also have voice changes, a sensation of subjective throat tightness. 06:11 And then, for lower airway involvement, you can have coughing, wheezing, dyspnea, etcetera. 06:18 Gastrointestinal symptoms are also pretty common. 06:21 Nearly half of patients will have those and those include nausea, vomiting, diarrhea, abdominal cramping, etcetera, obviously that's a relatively non-specific finding. 06:31 And then the cardiovascular collapse that we all associate with anaphylaxis is actually relatively rare. 06:37 Some studies have estimated it up to 45% of patients but most placed in the 10 or 20% range and manifestations include hypotension, tachycardia, cardiac arrhythmias, or syncope. 06:51 So this is the overall picture of anaphylaxis and patients can have any combination of these symptoms when they're presenting with anaphylaxis.

The lecture Anaphylaxis: Diagnosis, Pathophysiology and Symptoms by Julianna Jung, MD, FACEP is from the course Toxicologic and Environmental Emergencies. It contains the following chapters:

What type of antibody is produced during initial antigen exposure in a Type I hypersensitivity reaction?

Which inflammatory mediator is the most important in the pathophysiology of anaphylaxis?

What is the most common organ system involved in allergic reactions?