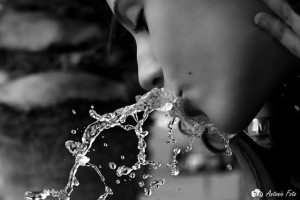 Water Balance: Regulation of Fluid Balance
Fluid balance is a carefully regulated system with many mechanisms to monitor and modify the absorption and secretion of water. Water is in constant motion between compartments that make up the body. When the body senses a drop in the effective circulating volume it stimulates a response to restore blood pressure and retain fluids. When there is too much fluid the body increases secretion and excretion of the excess.
read more
Load more
Share
Ask Questions
Take Notes
Download Slides
Report Mistake
Comments
show all Show less
My Notes
show all Show less
Learning Material 2
show all Show less
Report mistake
Transcript
0 of 0

00:00 Antidiuretic Hormone or Arginine Vasopressin. This molecule will also increase blood pressure and it does it through another mechanism. Angiotensin II directly stimulates its release. 00:17 Hyperosmolality which means a high plasma osmolality will also stimulate its increase. If there is sympathetic stimulation that will also stimulate arginine vasopressin antidiuretic hormone to be released. It is released from the posterior pituitary and will bind to a couple of systemic receptors. V1 receptors are located on blood vessels and that will cause vasoconstriction. 00:48 Remember vasoconstriction decreases tubuloluminal diameter which increases resistance which then increases arterial blood pressure. V2 receptors are located in the collecting tubules and this helps with water or fluid reabsorption. This increases blood volume and it is blood volume then increasing preload, increasing cardiac output will then increase arterial blood pressure. So another way to respond to a decrease in arterial blood pressure is by releasing antidiuretic hormone or arginine vasopressin. Another neurohumoral factor is natriuretic peptides. Natriuretic peptides are going to work in opposition of some of the other things like the renin-angiotensin-aldosterone system that has been discussed previously. Atrial natriuretic peptide has its own items or stimulatory factors that allow it to be released. They respond to atrial distension which means how much stretch is done to the atrium, that's the right or the left atrium. Sympathetic stimulation also stimulates its release. Angiotensin II and endothelin. All are stimulatory factors for ANP. Probably the most important of these though is atrial distension. So if you have a distended atrium, it means that too much fluid went into it. 02:40 It stretched it too much. So how are you going to respond to too much stretch? Well, one reason could be there's too much blood volume in the system. So maybe you want to get rid of blood volume and that is one of the things that ANP will try to do. So ANP acts directly on the kidneys in a couple of ways. One is by changing glomerular filtration rate and renal blood flow and the other is acting in the opposite form as what the renin-angiotensin-aldosterone system does. So remember that renin usually stimulates ang II and aldosterone. ANP decreases renin release which decreases ang II, which decreases aldosterone. All of these factors work together to cause two things, sodium loss which is natriuresis and water loss which is diuresis. 03:42 If you lose sodium and you lose water, you're going to decrease your blood volume. As blood volume falls, so will central venous pressure so will cardiac output and therefore you decrease arterial blood pressure. There are also some minor effects that ANP have directly on blood vessels but these are fairly minor but they will have some effects in certain conditions that will eventually also help to decrease central venous pressure and maybe decrease systemic vascular resistance slightly but again these are minor effects but the same overall effect happens and that is a decrease in arterial blood pressure. Atrial natriuretic peptides, we talk about their main stimulates for release is stretch, sympathetic stimulation and angiotensin II and endothelin. Brain natriuretic peptide is something we also have to discuss. It's part of the natriuretic peptide family. Brain natriuretic peptide is released by the ventricles so this is the right and left ventricle. In response to the same things, stretch, sympathetic stimulation, ang II and endothelin. The reason why we talk about brain natriuretic peptide separately is because it has a very good diagnostic marker for heart failure. So in heart failure you have a volume- overloaded condition. Therefore, you have too much volume in the system. Blood volume is too high. How does the body respond to that? By trying to get rid of that volume and it does that through ANP and BNP but it just so happens that natriuretic peptides are not that potent. They work but they aren't as potent as the renin-angiotensin-aldosterone system. If the RAAS system is working, it will override the natriuretic peptides but you can track the natriuretic peptides to see how much volume overload is occurring in the heart failure patient. So oftentimes people will not just look at ejection fractions but also brain natriuretic peptide levels for people in heart failure to see if their medications are working correctly. So this is a nice diagnostic marker as part of the overall natriuretic peptide system.

The lecture ADH (Vasopressin) and Natriuretic Peptides – Regulation of Ambulatory Blood Pressure (ABP) by Thad Wilson, PhD is from the course Vascular Physiology.

Which of the following is most likely to stimulate the release of atrial natriuretic peptide?

V2 receptors are located at which of the following sites?

Stimulation of V2 receptors will have which of the following effects on the heart?