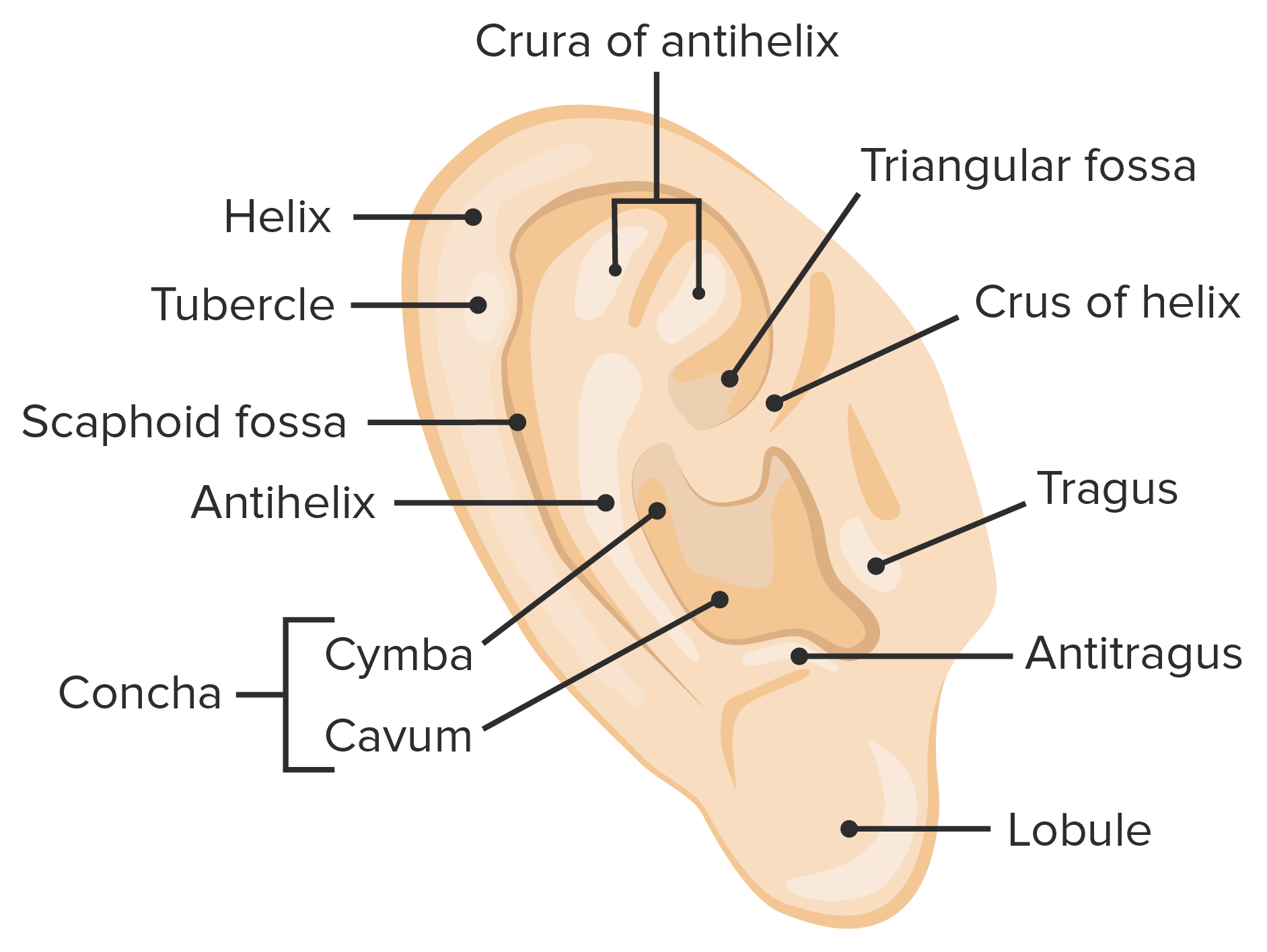 Anatomy of the Ear
The ear is a sensory organ responsible for the sense of hearing and balance. Anatomically, the ear can be divided into 3 parts: the outer ear, the middle ear, and the inner ear. The outer ear consists of the auricle and ear canal. The middle ear houses the tympanic structures and ossicles, which are responsible for the detection and initial transmission of sound. Finally, the inner ear contains the bony labyrinth, along with other structures essential for spatial orientation, hearing, and balance.
read more 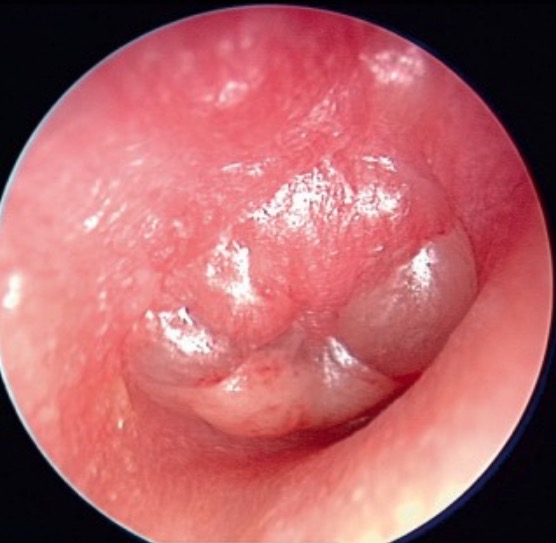 00:01 In our discussion of upper respiratory tract infections, we turn now to otitis media. 00:08 Acute otitis media is an illness marked by the rapid onset of signs and symptoms of inflammation of the middle ear. 00:19 And it is incredibly common. 00:22 By the age of three, two-thirds of kids have had at least one episode and a third of kids have had three or more. 00:36 So pediatricians know this disease very well. 00:43 As an aside, this is not a common infection in adults. 00:51 So if one of your patients is an adult and you diagnosed acute otitis media, you should question why. 01:02 Because they may well have some serious reason for abstracting the Eustachian tube. 01:12 An example would be nasopharyngeal carcinoma or some form of lymphoma. 01:19 So always worry about acute otitis media in an adult. 01:26 The highest incidence is from the ages of 6 to 24 months of age. 01:35 Males more than females perhaps because of anatomical distortion of the Eustachian tube in Down syndrome patients, they have an increased incidence. 01:48 And there are increased incidences in kids who’ve had their first episode very young. 01:56 There seems to be an increased incidence in Native Americans, in Eskimos, and Aboriginals. 02:06 So why the Eustachian tube dysfunction? Well, it’s developmental. 02:14 The Eustachian tubes of children are more horizontal and have a narrower diameter. 02:22 And of course, that increases the risk for stasis of fluid in the Eustachian tube. 02:30 Bacteria love warm static fluid and they’re able to colonize. 02:38 As a result, most of otitis media occurs as a result of respiratory tract infections. 02:47 Starts out with a viral infection causing congestion of the mucosa, of the Eustachian tube, then obstruction and the accumulation of infected secretions behind the obstruction. 03:01 Some persons who were born with a cleft palate can also have frequent episodes of acute otitis media. 03:10 And if you can imagine that a person with a cleft palate, it’s often of the soft palate. 03:17 It can extend all the way anteriorly, but it’s often of the soft palate. 03:23 So when they speak, they have a difficult time controlling secretions going up into the nasopharynx. 03:31 They’re unable to say easily the letter K for example. 03:36 So when try to say K, actually air comes out of the nasopharynx. 03:42 And that may produce secretions going up into the Eustachian tubes. 03:47 So patients with a cleft palate are predisposed. 03:51 And there are environmental reasons for there to be congestion in the Eustachian tubes. 03:58 Patients with seasonal rhinitis frequently have otitis. 04:06 Patients who are exposed to smoke of any kind. 04:12 Patients who smoke and patients who receive second-hand smoke. 04:17 And then the immunocompromised, either they develop it or they’re born with an immunodeficiency or they acquire an immunodeficiency. 04:29 So you have to be exposed to a microorganism and have a problem in the Eustachian tube viral or bacterial.

Approximately what percentage of children have at least 1 episode of acute otitis media by the age of 3-4 years?

Which of the following patient profiles is most susceptible to eustachian tube dysfunction?

Which of the following is the most common risk factor for the development of acute otitis media?